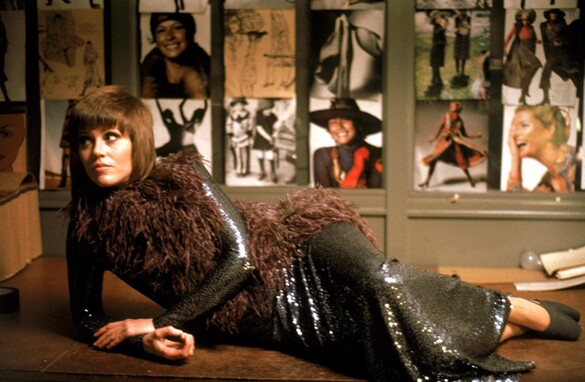 Well, we have come to it. This will be the final article in the long series: Criterion Crunch Time. And because of that, now I must attempt the impossible. I must find a way to wrap up two and a half years of articles in one final piece. And that oddly makes a bit of sense, given the focus of this column. Criterion used to be relatively easily defined.  Works from great directors, along with underseen films from outside of the United States. And you could argue that this is still mainly true of the physical collection, exceptions like The Breakfast Club aside.  But the streaming service, The Criterion Channel, is certainly much more wide and varied. All of the above are included, along with works like Across 110th Street, that likely will never make it to the sanctified collection. But who knows, they have branched out with films like Deep Cover and the Van Peebles Collection. The Channel is certainly intimidating in scope, as one could browse for days before choosing a film. This is, of course, why I limited myself to movies leaving the service. This was effective, despite my annoyance when films like Yentl left, then came back, and then left again.  But I digress. This task was daunting, but worthwhile, as I hope to review here.

As I mentioned, there is certainly a focus on the great directors by Criterion. I am not here to get into auteur theory, but one might assume that the folks over at Criterion are big proponents. Due to this, I was given the opportunity to see many unseen (by me) films from some of my favorites.  I mean, the very first film covered was The Magnificent Ambersons from Orson Welles. To name a few, we covered films from Paul Thomas Anderson, Hal Ashby, Céline Sciamma, Michael Haneke, Bong Joon Ho, Mira Nair, and Pedro Almodóvar. This is just a small sampling, but utterly fantastic to experience. With Matador and Women on the Verge of a Nervous Breakdown, I was able to view two films from Almodóvar that were vastly different, but painted a bright picture of an artist that I already loved. In The Magnificent Ambersons, especially due to extras presented by The Channel, one can witness not only the greatness of Welles, but just how a studio can ruin greatness. All of these artists created absolute gold for me to mine as a writer, and I am grateful for the time spent.

Ok, ok, I didn’t actually watch The World Cinema Project, I just stole the clever name from Martin Scorsese. But, in some ways, Criterion as a whole and Criterion Crunch Time as an idea really is a world cinema project. Through this series, I watched many films not in English and I am the better for it. Céline Sciamma’s Tomboy, a film many people sought out after Portrait of a Lady on Fire was eye-opening for me. Sometimes, a classic like Portrait comes along and it immediately makes us want to see the pattern of greatness, hoping that it is not just a fluke. Sciamma, of course, does not disappoint and provides greatness before we knew she existed. Director Bong gave our series Mother, and despite high expectations, exceeded these with a stunning lead performance that is totally unexpected from Hye-ja Kim. But it is not just the obvious greats that have been highlighted by awards and awards bloggers. Lore, from Cate Shortland, offers a completely new perspective on a time and place we feel we might know. Much has been made of the one inch barrier of subtitles, but the Criterion Channel offers many places to begin. I believe there are more barriers than this. Needing to read and watch creates a parallel process that is inherently different, but despite this, if you only watch film in one language, you have limited yourself to a small amount of perspectives and you are truly missing a great deal of staggering art.

At the outset of this column, I wanted to make a point to watch films not only from women and non white men, but also staying away from the classics, with a capital C. This was designed to stretch me as a writer and to introduce whatever audience came along to films that were slightly lesser known. And at the outset of this article, I mentioned films that likely would not make the physical collection. These, without fail, were the more rewarding and challenging articles to write. Included in this are queer films (that should be classics) like Go Fish, Pink Flamingos, Saving Face and The Living End. I would recommend all of these movies, if not to see people’s reactions during and after. If they haven’t seen that scene in John Waters’ amazing film, absolutely do not tell them.

And this is to say nothing of grittier pictures like Across 110th Street, Edge of the City, Klute, In The Cut and Night Moves. All of these seemingly may not fit the mold of what you think of when you hear Criterion. They all have rough edges and are not seen as classics in every corner of the internet. These are not Seven Samurai and Citizen Kane. And honestly, this is exactly why they are worth watching. Not everything needs to be pristine and acceptable to every individual in order to make an important film. These, among others, are absolutely a reason to delve deeper into the Criterion library/closet.

For those of you that joined me on this journey (partial or full), I hope that the trip was worthwhile. It certainly was for this writer. It is an interesting thing, to know that you don’t know. If you are a movie person and you talk to “normal” people, it feels like your knowledge has breadth and feels truly expansive. And then you open up this streaming channel and know that there is glory to be beheld. There are untold stories, from both and unknown voices to learn from. Sure, you can start with Scorsese, Godard, Hitchcock, and Almodóvar; but truly this is only the most shallow of a beginning. I truly hope that this column has incited at least one person to continue their own journey in underseen film. There are wonders to be discovered there, and I hope you find them.