Classic Film Review: “It’s Not Like My Mother is a Maniac:” ‘Psycho’ Turns 60 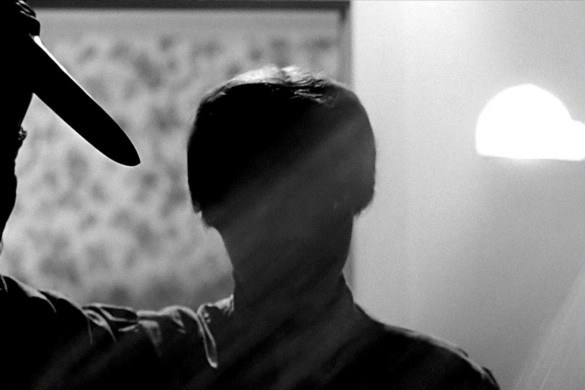 Where do you begin a discussion on Psycho in 2020? The iconic film from Alfred Hitchcock has long been dissected and reappraised. The iconic Shower Scene alone spawned a 90-minute documentary, 78/52, a masterful dissection of the power of editing and montage. The twist of the film has been spoiled for years, yet theaters still jump when it comes to pass. Women (and Men) remain scared of shadows on shower curtains, while even little kids know that a stabbing motion is accompanied by shrill “eek eek eeks.”

Psycho inhabits a gargantuan presence in our culture and with good reason. From the marketing campaign, which hardened the importance of arriving at a theater on time, to its grisly kill less than an hour into the film, Psycho broke barriers. Horror was not taken seriously as a genre until Hitchcock made it essential. Sex and voyeurism run rampant throughout the film, while Hitchcock used the camera to let us in on the action. At the same time, he used a roving camera to throw off the scent and confuse us from his vision. 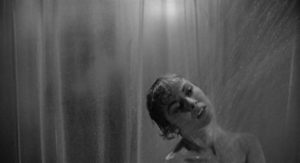 Apart from a single scene (the controversial exposition at the end of the film), Psycho does not waste a second. It is methodical in its breakdown, not only in each shot but in that shot’s meaning. Hitchcock’s black and white cinematography adds to the timelessness of the film. Today’s restorations only heighten the details, as Hitchcock packed every frame with storytelling relevance. Few have ever denied Hitchcock could bring his storyboards to life, but in Psycho, he is at another level.

Hitch was in the middle of one of the greatest runs in cinema history. His two films immediately proceeding Psycho are Vertigo and North By Northwest, an unofficial trilogy about men escaping sexual repression. Widen the scope to include The Birds and Marnie, and it becomes clear that Hitchcock’s blonde ladies are all stand-ins for Grace Kelly, exposing the problematic side of his persona. Yet the work speaks for itself, both in its treatment of women and Hitchcock’s ability to imbue his own issues into the films. They are visionary in their meticulous and specific touches, yet they entertain and mesmerize. 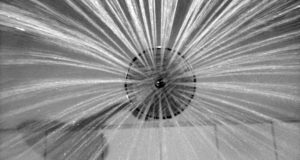 It’s important to note that Hitchcock’s reputation as a horror director is a bit overblown. Despite his extensive career, there are only a handful of films you might consider pure horror in his career (others being The Lodger and The Birds). There has never been a director so apt at handling tension, but Psycho and The Birds were so transformative, many grow up with the wrong impression of the director. However, while his reputation as a horror director is skewed, you cannot understate what he means to the genre.

At the time of Psycho’s release, it was more likely a theater’s staff would drop a skeleton from the ceiling than play a horrific film. It had been almost two decades since Cat People and nearly four decades since Nosferatu. The Universal Horror films had become adventure driven. The only notable feature from the studio released within a decade of Psycho was The Creature From the Black Lagoon.

Psycho proved there was money to be made in horror and the genre could help break the Hays Code, a self-imposed set of morals that hindered the industry for decades. The repression of the previous three decades of movies was slashed before our eyes. From a toilet flush to a murder, it broke the Code and opened up gateways for future filmmakers. By the end of the decade, Rosemary’s Baby, What Ever Happened to Baby Jane?, Night of the Living Dead had released. When Psycho released, Tobe Hooper was 17, Steven Spielberg was 13, and John Carpenter was 12. Each was undeniably inspired by the film, taking violence further than Hitchcock ever dared. 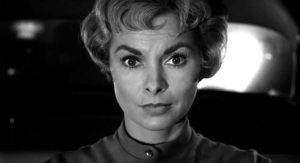 On its own merits, Psycho remains one of the ten best horror films ever made. Hitchcock balances comedy, sex, and death at a knife’s edge, creating a riveting story from start to finish. His bait-and-switch is well known today, but coming off of North By Northwest and To Catch a Thief, it was clear Janet Leigh was the star. He never takes that power away from her. He lets her charisma wash over the audience, instantly putting you in her corner. She’s easy to root for as a stealthy character pulling off an incredible heist. Yet her guilt forces her to second guess everything, making her human. For the audiences of 1960, Anthony Perkins was expected to help her change her mind and reform her. The saddest thing about Psycho is that he does. She just never gets to make good on her plan.

The next kill comes as a shock as well. The sudden and explosive moment in Act 2 lays waste to another would-be hero (Martin Balsam) in most films. As each man and woman approach the Bates Motel, Perkins’ anger and frustration build. He finds himself caught in lies upon lies, and you can watch his mental deterioration in real-time. Once the twist is out, it is clear how inevitable it always was. What surprises to this day is how well Perkins sells his breakdown.

The use of this dramatic irony raises the stakes for Vera Miles and John Gavin as they, too, make the approach to the Bates Motel. As always, Hitchcock pushed his collaborators to deliver their best work. It’s hard to argue with the contributions of Bernard Herrman, who delivers the most memorable score of his career. The Saul Bass credits provide a literal break of the psyche before we see a shot of our characters, an intentional node that impresses more with each viewing.

Everything about Psycho endures, cementing its place as an integral to American film. Despite its brilliance, it is very likely you enjoy other Hitchcock films more. After all, he would direct fifty-six features over his career (Psycho was lucky number fifty). For me, Psycho remains one of my all-time favorite films, one that I can throw on nearly any day of the year. However, as I rewatched the movie for the hundredth time for this article, my wife left the room. We are prepping for a road trip next month, and the story of a woman killed in a hotel hit a little too close to home. That is a sixty-year legacy that is impossible to replicate.