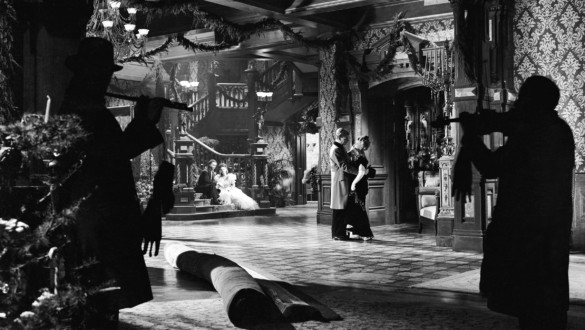 Hello, and welcome to a brand new column at InSession Film, Criterion Crunch Time. Of course, if you’re a film fan (and seriously, how did you get here if you’re not?), you know the name Criterion. They describe themselves as being “dedicated to publishing important classic and contemporary films from around the world in editions that offer the highest technical quality and award-winning, original supplements.” As someone who tends to be focused on film as art and, let’s face it, a tiny bit pretentious, it should not surprise you that I own way too many of their physical releases. I’m also a subscriber to their streaming service, The Criterion Channel.

Like many other streaming services, movies come and go off of the channel, and there is a particular fear of missing out when you don’t get to watch a certain movie. But, with Criterion, there are also loads of movies that you haven’t heard of or wonder if they are worth it. Because the films are not your standard fare, it can feel like an investment to sit down and watch a movie you know nothing about. And that’s where I, and this column, come in! At the start of each month, when Criterion announces which movies are leaving, I will attempt to choose and write about four of these movies to guide you in your never-ending quest to fill all those blind spots that we all have.

Now, in terms of which movies are chosen, that will be basically all left up to me. But here are the guidelines that I plan to run this column by. Criterion, like all curated lists, has their problems. If you look at their physical releases, it can be challenging to find many directors of color and women. Luckily, they attempt to remedy that on their streaming service. So, I will attempt to highlight those filmmakers as much as possible. Additionally, Criterion tends to add (and remove) films by a single director in big clumps.  If this happens, I will be forced to pick one film per director for the sake of variety.

With that said, I am genuinely excited to start this journey, and I hope you’ll join me. If I’m completely honest, this also cuts down on my time spent choosing a movie. If you do decide to join us, please feel free to contact me on Twitter with your thoughts on the movies, or others I should cover should they leave the service! Let’s get started; it’s Criterion Crunch Time! 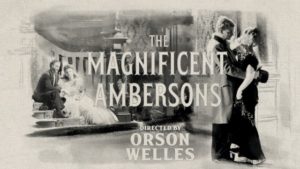 We begin our journey with a director whose name is synonymous with quality and quality control, that of Orson Welles. But that idea of control may disappear from your brain after viewing a movie that will leave the Criterion’s service on September 30th, The Magnificent Ambersons. This, like many other Welles movies, was written, produced, and directed by him.  Well, this one began this way anyway. The Magnificent Ambersons is well known for many reasons, one of them being the fact that the studio took control over it. More than an hour was cut from the final product, including an altered, more upbeat ending, and the score was so heavily edited that composer Bernard Herrman insisted that his credit be removed. (As an aside, there is also a fantastic interview between Welles and Peter Bogdanovich on the trial of tribulations of making The Magnificent Ambersons.)

It is a tribute to Welles’s talent that the movie still mostly works despite studio interference. The only thing that stands out is the wildly incongruous ending, but we will get to that in a bit. No basic synopsis will do the film justice. If you hear a movie is a period piece from 1942, you will either love the idea or hate it. But it is like no other period piece I have seen. Given the title, you might believe it will be tedious or stuffy.  After all, the Ambersons are magnificent. I can almost feel my jaw clenching speaking it out loud. And that is precisely the point. More than anything else, it is an indictment of the good old days. And this is a fight that never goes away. People seem fascinated with days gone by, no matter how bad they were.

As evidenced both by this and Citizen Kane, Welles was a master at drawing out great performances. If anything, this may be more impressive, given that he limited himself to the role of the narrator and trusted his actors to deliver his words. And quite frankly, the acting featured in The Magnificent Ambersons is some of the best you will see, in 1942 or otherwise.  Looking back, the studio interference is blatant, as there are several stretches of the film that could lose the audience’s attention. But without fail, some moments catch our eyes and work both in the context of the film and in a vacuum. The scene in which the horseless carriage stalls is a master class both in blocking and in performance. In addition, this scene encapsulates the central theme of the film. 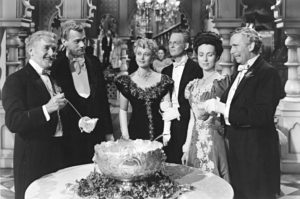 The Ambersons are the old world, well off and, in many ways, against change. Eugene (Joseph Cotten) invested in this contraption and is the father of Lucy (Anne Baxter), who is being courted by the affluent George (Tim Holt). This scene focuses not only on the struggle of progress, encapsulated by George pushing the vehicle when it stalls, but also the railing of the rich against progress. After all, the rich don’t need progress they’ve already achieved. And yet, the scene ends with the vehicle working, and George joining in the singing with the rest of the party. It is useless to fight that progress. It is coming, and if you don’t join in, you will be run over by it.

The Ambersons are not magnificent, at least they wouldn’t be with Welles rumored original ending. The film, until that moment, focuses on showing the dark side of the golden culture of the rich. It may be understandable to reach for this if we aren’t born into it. But The Magnificent Ambersons makes it crystal clear that not only is it not something to be yearned for, but ultimately pointless, as well. After all, when George first appears as an adult, he makes it a point to show that he has little to no desire to do anything with his life. He actively denigrates men who use their education to study productive careers like doctors and lawyers. He finds all schooling to be nonsense and would prefer to live a life of luxury.

Welles, of course, punishes George severely for his numerous mistakes. He not only has this poor attitude but, due to his lack of knowledge, makes many bad investments. This, combined with family misfortune, leaves him penniless. Additionally, he repeatedly acts on petty jealousy, up to the severe illness of his mother. This, frankly, is why the shoehorned happy ending will never work. It purposefully removes that punishment and has other characters forgive him, seemingly without much reason.

Despite its faults, The Magnificent Ambersons stands tall as an example of great filmmaking. The performances, Welles’s direction, and the production design make this picture worth your viewing before it becomes less available via streaming. As a bonus, there are also two commentaries (one from Robert Carringer, which details the numerous edits; the other from Welles biographers James Naremore and Jonathan Rosenbaum elucidating the origins of the film) that give ample background information. This film is both great on its own, as well as an education on the dangers of outsider interference on a piece of art.

Join us next time as we take a look at Rungano Nyoni’s debut, I Am Not A Witch.