Chasing the Gold: Why Isn’t Makeup Scary for the Academy Anymore? 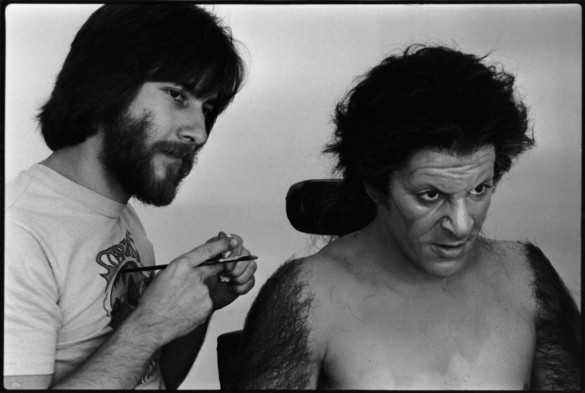 Change comes to the Oscars not with a nod in a back room, but often with an outcry or at least a strong shift in opinions. After The Elephant Man, David Lynch’s black and white, faux horror, grotesque was not given a special award for its uniquely crafted facial prosthetics at the 1981 ceremony, such an outcry was heard. This special award had been a tradition among feats of makeup that went beyond the normal realm of what was thought possible. In response to the lack of recognition, the Academy created an entirely new branch which would oversee the newly created Makeup category. At the 1982 ceremony, Rick Baker won the inaugural award for his work on An American Werewolf in London, giving genre films hope for official recognition in a craft they excel at.

That is how it’s been for nearly all of the last forty years. The genre films go head to head with a period drama or the occasional war film in Makeup.Yet, in the last four years there’s been a significant shift in the, now, Makeup and Hairstyling category. Of the sixteen nominees between 2017 and 2020, only four of them could be considered genre films. That’s even after the expansion of the category in 2019 from three nominees to five.

Take Best Picture winner The Shape of Water as a prime example. An old school horror film with the classic girl meets monster trope. Very few predicted its triumph over a crowded Best Picture field, but what’s even more baffling is why it was left out of Makeup and Hairstyling. Not only is the design and implementation of the monster a feat of ingenuity that likely accounted for The Shape of Water’s nomination in costuming, but Guillermo Del Toro’s team elevated their love of the grotesque to fantastical heights with bloody wounds, gills, and horrifying self mutilation.

Horror cinema has created our darkest fears. It has shown us in a world of monsters, demons, slashers, the undead, and pure malevolence. The people who craft these worlds have done something that other artisans have struggled to do, which is to bring nightmares to life. Makeup artists allow us to see real people interacting with true monsters in a way computers never can.

The shift from genre cinema nominations can be attributed to a number of factors, but the biggest and most important is the use of CGI. Josh Brolin would have looked impressive painted completely purple to menace Robert Downey Jr. and crew, but as a motion capture creation with added, height, weight and musculature, he’s something else entirely.

Because of this ease of transformation into a CGI realm, the lines of what is costuming, makeup, and production design in the physical sense are blurred. The shift away from genre films, and especially ones made by a major studios, is because the more accomplished feat, and the more easily seen, is to transform a famous actor into another famous figure. Three of the last four winners have been for that kind of transformation.

The Makeup and Hairstyling category seems to have become the focal point in a battleground of tradition versus technology. This shift away from the category’s roots is a fight genre films are facing within their production about practical effects versus computer animated effects on actors. Though, unless it’s been touted in other ways, a mid, small, or no budget film that uses the old fashioned ways, as a many excellent horror films of the last several years have, Oscar voters are more likely to ignore it. They tend not to delve too deeply into the catalog of films in a given year.

The members of the Makeup and Hairstyling branch have forgotten their roots. They have eschewed the traditions that made the category possible. Ironically they offer recognition and plaudits now only to those who move into the more prestige biopics. Kazu Hiro, a two time winner of the last four years started out working with Rick Baker, the most lauded member of the branch, on a number of genre projects, but is only now getting recognition for raising Charlize Theron’s cheekbones so she can look a little more like a different blonde woman. This is not to diminish Kazu Hiro’s, or his team’s, work, but to point out that the work of creating life like ape prosthetics as he did on the Tim Burton Planet of the Apes film is a far cry from what he’s getting recognition for now.

The year 2020 provided a unique opportunity for the members of the Academy to reach  back out to the horror, sci-fi, and fantasy communities, pulling out more interesting films like Relic, I’m Thinking of Ending Things, Possessor, or Color Out of Space to the forefront of the category again. Yet, they kept on this path of realism over fantasy. I’m sure in 2021, too, we’ll all be talking up a genre film that surpasses expectations in gore, aliens, or monsters, yet some darling out of Venice, TIFF, or a late breaking studio backed biopic will steal the show in this category yet again failing the craftspersonship of the films that built the category in the first place.

The Hidden Tragedy of Tony Scott’s ‘The Hunger’

Tony Scott’s vampires in The Hunger are not bound to the typical rules of vampirism established in late... Read More »