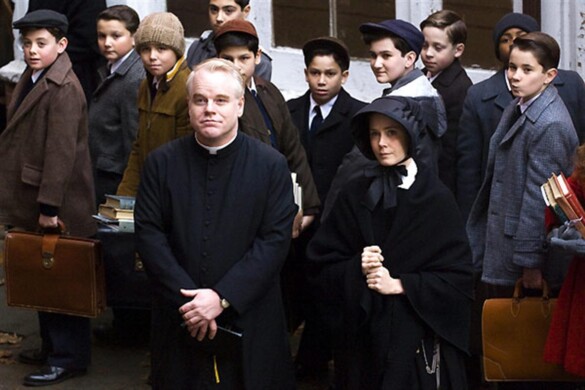 The Academy Awards of 2009 was the last year in which there were only five nominees for Best Picture. Danny Boyle’s Slumdog Millionaire beat The Reader, Milk, Frost/Nixon, and The Curious Case of Benjamin Button for Best Picture. When compared to some of the phenomenal films that came out that year, the actual nominees seem exceedingly bland. When looking at the list of films that came out in 2008, I was shocked that the film Doubt wasn’t nominated.

Doubt is the film adaptation of the play by John Patrick Shanley. The film questions the accusation from the Nun and principal of a Catholic School, Sister Aloysius (played to perfection by Meryl Streep) of an inappropriate relationship between the parish priest, Father Flynn (played by the late Philip Seymour Hoffman) and a young black student. Caught in the middle is the lovely young nun, Sister James (Amy Adams), who is full of idealism and wants to make a difference in the lives of her students. Beyond the accusation, the film is a power play for the soul of Sister James. We know from the beginning of the film that Sister Aloysius has concerns with Father Flynn, from his long fingernails, his love of sugar that he adds to his tea, and most of all, to his belief that the Church needs to modernize, and be seen as family. She also pushes Sister James to be seen in a more frightening way to students, to make it seem like she has “eyes on the back of her head” and to NEVER let students use a ballpoint pen when they write. Father Flynn tells Sister James that her love for her students is a great gift, and to not fight her more humane tendencies of teaching, and become like Sister Aloysius. 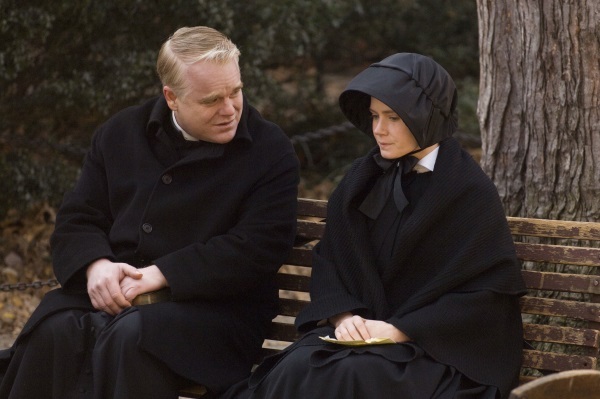 This film has a lot going for it. First of all, the art direction recreates a very specific time and place in The Bronx in the 1960s. The opening of the film shows all the families leaving their homes at the start of the movie, rushing along the winter weather to get to Mass on time. It demonstrates the differences between the sparse life of the nuns, with their stark meals during which they have to wait for Sister Aloysius to ring a bell before they may begin speaking, and the more lush life of the priests, drinking hard liquor and telling jokes while they dine in front of a cozy fireplace. It is clear that this film is based on a play, as it focuses more on plot, dialogue, and staging, as opposed to special effects. The most effective element of this is the story, and the way it’s told. Audience members are used to getting a clean cut finish, where everything is wrapped up at the end, allowing us to draw the conclusions that the screenwriter and director want us to. Doubt does not do this. It’s a film where you feel very strong opinions about the characters, however, we never really KNOW what the truth is. We hate certain characters, but have to admit that maybe the characters we do love might not be as pious as we wish they were. It leaves you wondering who is guilty, how guilty, and what actions they are guilty for. I have seen the film several times, and each time, I notice new details, which slightly alter my opinions. This is what separates good films from great films. A great film remains in your head long after you see it. This is why, in a year of mediocre Best Picture nominees, I am shocked that an excellent film like Doubt didn’t receive a nomination. 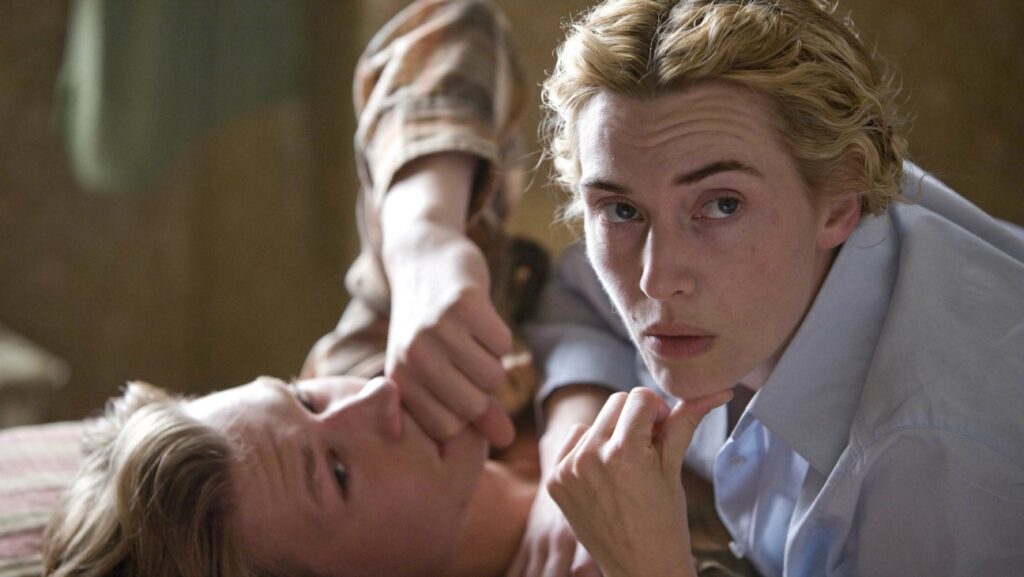 What film on his luke-warm list deserves to be removed? After much deliberation, I picked the film, The Reader. Let me make it clear that I adore Kate Winslet, and had been waiting for her to receive an Oscar since she was first nominated as a teenager in Sense and Sensibility. I watched her career blossom as she played a wide range of fascinating characters. That being said, I am not happy that she won for this film, and the reason is that this film is not particularly remarkable. The film is a story of the relationship of an adult German woman, named Hanna, and her relationship with a schoolboy, Michael (played by David Cross as the teenager, and Ralph Fiennes as an adult). They spend their days bathing, making love, and him reading to her aloud. Somewhere in the middle, the film takes a sharp turn and becomes a legal movie. Michael becomes a law student, watching the case of his former lover, who was apparently a Nazi guard. He learns that Hanna helped cause the death of 300 women prisoners. Michael knows information about his lover that would help reduce her sentence.  However, she is very ashamed of this information, and chooses to keep her secret, rather than face humiliation and an easier prison sentence.

The main problem with this film is that her secret is supposed to be a big reveal. However, it’s pretty easy to figure out early in the film. Also, while the secret is obviously a huge deal to the character, watching the film made me feel frustrated, like “what’s the big deal?” And feeling that the secret wasn’t that big a deal, or anything truly shameful, lessened the impact of the film. The character of Hanna is so mysterious that it is difficult to really feel for her. The boy seemed to love her, and was greatly affected by her, breaking down into tears several times throughout the film. As an audience member, I found it hard to believe that he would be so emotional about such a cool and aloof woman. I have read the book, so I know Winslet played the character accurately, but it’s hard to connect to a film when it seems like a film director wants you to have certain feelings about a character, and you just leave confused and unsure. And it’s not because the character is so deep and complicated, but more because she is underdeveloped. The fact that Hanna is so cold and aloof, makes it so it doesn’t seem to make sense that she stirs up such deep emotion for Michael.

On an acting and technical level, The Reader is a perfectly fine film. But, to be nominated for Best Picture, a film should hit on an emotional level as well. This film, which has many elements that audiences should connect to; such as shame, lust, and guilt. However, this film never reaches the level of greatness. Doubt, on the other hand, is brilliantly acted, written, and directed, and leaves you thinking about it long after it’s finished.