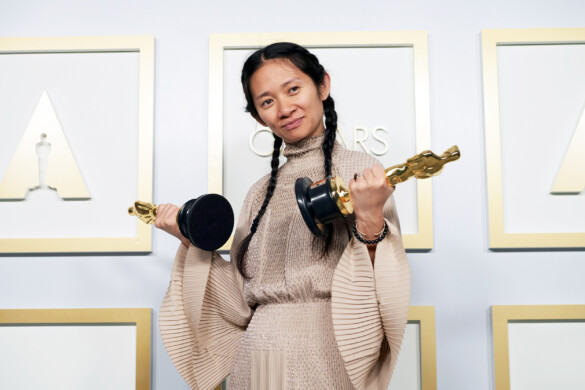 In 1930, Ruth Chatterton earned an Oscar nomination for Best Actress in a Leading Role for Sarah and Son.  In doing so, director Dorothy Azner made history as the first female director to direct an Oscar-nominated performance.  In just three short years of history, the Academy showed their willingness to recognize performances directed by women.

It wouldn’t happen again for 42 years.

When Elaine May’s The Heartbreak Kid earned a pair of Supporting nominations in 1972, Hollywood had changed.  The puritanical Hays Code had been abandoned in favor of the MPAA ratings system.  Women were finally being recognized behind the camera.

The emergence of female directors continued into the 80s with the films of Barbra Streisand, Penny Marshall and Randa Haines, while the 90s brought Jane Campion and Nancy Meyers.  The turn of the century found Niki Caro and Sofia Coppola in the spotlight and more recently Greta Gerwig, Marielle Heller and Chloe Zhao have had their time in the sun.

2021 looks to add more names to the 39 female directors who have directed 61 performances to Oscar nominations.

Campion already was already in a four-way tie for third most female-directed nominations going into this year, but rave reviews from The Power of the Dog could give her the outright lead.  Actress-turned-director Rebecca Hall is looking to break into the conversation with her racial-identity drama Passing (debuting in October), while Maggie Gyllenhaal looks to do the same thing with The Lost Daughter (in festivals now, to the public in December).   Sian Heder’s CODA and Janicza Bravo’s Zola could also find themselves in the conversation if the buzz can last until awards season.

Streisand and Gerwig currently share the lead in female-directed acting nominations, both with four (but no wins).  Campion’s three nominations are tied with Haines, Heller, and Caro, but Campion’s dual wins in 1993 for The Piano are the most among all directors.

As far as wins, only seven female-directed performances have ever won the Oscar.  Marlee Matlin’s Best Actress win for Haines’ Children of a Lesser God in 1986 was the first, followed seven years later by Holly Hunter and Anna Paquin.  Kimberly Peirce, Patty Jenkins, Phyllida Lloyd, and just last year Zhao all directed Best Actress wins for their films.

Only four Black women have directed an Oscar-nominated performance: Euzhan Palcy in 1989, Dee Rees in 2017, Kasi Lemmons in 2019, and Regina King last year.  Frances McDormand’s win for Zhao’s Nomadland last year was the first Oscar win directed by a woman of color.

The totality of female-directed Oscar nominations are not substantial, but progress is being made.  Of the 61 nominations, 18 have come since 2010 and 36 since 2000.  Expect more progress to come in the very near future.