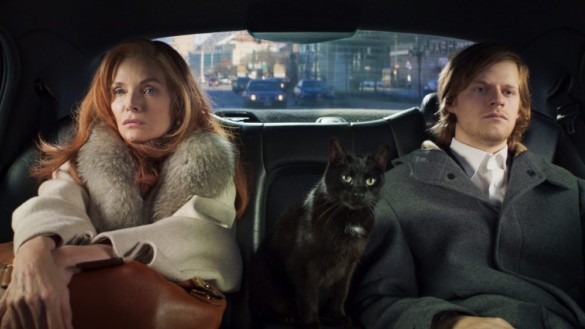 In 1969, Barbara Streisand won her first Academy Award, and while holding the golden statue, she spoke the now-infamous line, “Hello gorgeous.” A line taken a right from her award-winning performance in Funny Girl (1968). As Sally Field won her second Oscar for Places in the Heart (1984), she exclaimed, “You like me!” Year after year, the Best Actress category is filled with talented women — who, upon exhibiting extraordinary performances, are given the honor to be nominated. Though 2020 has seen a lack of theatrical releases, there is no shortage of incredible female performances. These early predictions are only a tiny look at which women may count themselves among the greatest female performances, and the one who may be lucky enough to take home the coveted Oscar at the 93rd Academy Awards.

French Exit is the vehicle for which Michelle Pfeiffer may add another nomination to her résumé. As of late, Pfeiffer has taken on fewer projects, but when her exhilarating performances grace the screen, you can’t help but be taken aback by her talent. From 1990-1993, Pfeiffer garnered two Best Actress nominations for her respective roles in The Fabulous Baker Boys (1989) and Love Field (1992). Pfeiffer is coming into this award season with her dukes up, ready to show people that this is her year. With the Academy’s past of voting for an actor’s illustrious career rather than just a single performance, could I go as far as to say that she’s the favorite in the race? Well, the jury is still out on that question. But if the stars align, and Pfeiffer takes our breath away, she may get her chance to take home that golden statue finally.

Vanessa Kirby (Pieces of a Woman)

Vanessa Kirby is what I would call the dark horse of this Oscar race. Kirby, most known for her role as Princess Margaret in Netflix’s The Crown, is the fire within the Royal Family’s drama between what you could call “the heir and the spare.” Coming out of the Venice Film Festival, Kirby was able to grab herself the Coppa Volpi for Best Actress — stunning audiences for her role in the newly Netflix obtained, Pieces of a Woman. The film flew far beneath the radar —with barely any whispers about the film’s production. From what I can gather in early reactions for the film as a whole, Kirby may be the only element of the film to win recognition. Pieces of a Woman will show Kirby’s caliber of acting in a leading role rather than the supportive role, or the action hero. Though some may think she’s a long shot, I wouldn’t sell Kirby short just yet. She may be the one to upset the order of things.

Chloé Zhao’s, Nomadland, is gaining momentum in all award season categories, with Frances McDormand being a clear contender for Best Actress. In 2018, McDormand took home the Oscar for her outstanding performance as Mildred in Three Billboards Outside Ebbing, Missouri (2017). Thus, bringing her into the fold of talented actors with multiple Oscars. McDormand has shown us time and again, her untouchable talents. Her performances drip with a no-nonsense attitude, and her characters are often the smartest people in the room. McDormand has nothing else to prove to us as she’s one of the best actresses working today. But that fact hasn’t slowed her down as the capacity she envelopes herself in the characters she plays is nothing short of genius. Should McDormand pull off her third Oscar win, no one can say it wasn’t deserved.

Jennifer Hudson is here with what looks to be a tour-de-force performance as the one and only Aretha Franklin in Respect. Hudson earned her first Oscar win, in 2007, with her performance as Effie White in the movie adaptation of Dreamgirls (2006). We all know the statement, “you were born to play this role.” Well, if the trailer for Respect tells us anything, it’s that Hudson was born to play this role. Hudson looks to fully transform herself into the talented singer and, if you’ve listened to Franklin’s music, you know it’s a one of a kind voice. Let’s be honest; the Academy loves music. The Academy loves biopics. The culmination of the two categories will no doubt land Hudson her second nomination, and possibly her second win. Unless something drastic happens to the release date for Respect, it’s going to be hard not to recognize Hudson as a serious contender for Best Actress.

When you purchase a ticket for a film starring Viola Davis, you can be sure that her performance will be exceptional. From the moment I noticed her in Doubt (2008), I knew she was something as she outshined Meryl Streep in a pivotal scene, which we all know is a hard thing to do. Davis’ Best Supporting Actress win for her role in August Wilson’s, Fences (2016) was well-deserved. However, it’s a shame that we have to go back to her award for Fences when Davis’ performance in Widows (2018) should have earned her a nomination for Best Actress, but I digress. In Ma Rainey’s Black Bottom, Davis takes her place in another Wilson play adaptation as she plays Ma Rainey, or as early blues musicians called her, “Mother of the Blues.” The character of Ma Rainey will be captivating as Davis will have to portray the blues singer, not only at the beginning of the blues music genre but while also fighting the racial prejudices that plagued her career. A complex role, yes, but one that will bring Davis another Oscar nomination.

With the constantly changing release dates, it’s hard to firmly predict any Oscar category this year. In terms of Best Actress, Kate Winslet may still have a chance at a nomination. But the reaction to Ammonite, though promising, may see Winslet left off the final ballot. In addition to other possible nominees, I would have loved to set aside one of these predictions for Carey Mulligan in what’s being hailed as a career-best for her role in Promising Young Woman. But with no release date in sight, Promising Young Woman may sadly miss the cut-off date. As far as this season goes, these are the most likely nominees. Let’s not get too comfortable, however. If the prior award seasons have taught us anything, there’s always that one last shock.