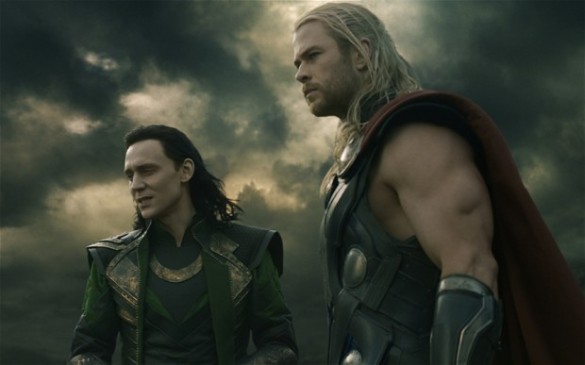 This week on the InSession Film Podcast, the awesome guys from CinemaJaw drops by as we review and discuss Thor: The Dark World starring Chris Helmsworth, Tom Hiddleston and Natalie Portman. Going off that, we discuss our Top 3 comic book adaption movies as well as discuss our disappointments of 2013. And as usual, we finish off the show with some of the latest movie news and films we’ve seen over the last week.

Ry and Matt from CinemaJaw were both really great and it was an absolute pleasure having them on the show this week. They don’t really agree on anything which makes their dynamics a lot of fun. Check it out and let us know what you think in the comment section below. Hope you enjoy and thanks for listening!

– Top 3 Comic Book Adaptation Movies (32:10)
Since we were discussing another great Marvel movie in Thor: The Dark World, it made sense to discuss comic book movies and their translations to the big screen. However, not all comic book movies are superhero films so these lists are much more than that which was a lot of fun. What would be your Top 3?

NOTICE: Ender’s Game was a pretty great movie and we had a lot of fun discussing it last week! Listen to Episode 37 of our movie podcast to hear this review and much more!

– 2013 Disappointments (1:04:36)
Matt, Ry, Scott and JD discuss some of the more disappointing movies of 2013, which led to a really fun discussion on Man of Steel and some other big movies of the year so far. Which movies disappointed you this year?

– News (1:30:12)
– Nightwing and Wonder Woman to be in Batman vs Superman
– The Conjuring spin-off movie featuring the creepy doll, Annabelle
– Ridley Scott to do movie about football players and concussions
– Sony close to greenlighting a Ghostbusters 3

– Music
Thor: The Dark World – Brian Tyler
Kick Ass Main Theme – Henry Jackman
What Are You Going To Do When You Are Not Saving The World? – Hans Zimmer
Ghostbusters – Ray Parker, Jr.
The Return of the Eagle – Atli Örvarsson