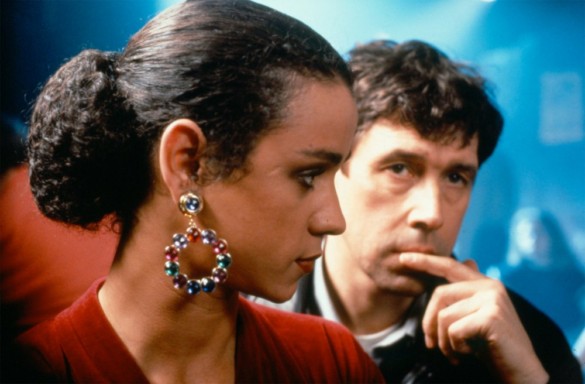 Over the course of one weekend, Labor Day weekend, people fly up to the former mining town of Telluride, Colorado for the film festival that has been attracting big-time Oscar buzz since its inception in 1974. What Sundance in Utah was named after Robert Redford’s character, Telluride is also where he and Butch Cassidy (Paul Newman) go to for their first bank robbery. It’s been the starting line for recent winners in Argo, 12 Years A Slave, Spotlight, both Moonlight and La La Land, and The Shape of Water, as well as carried on for The Descendents, Room, Arrival, Lady Bird, and Roma. But the story of Telluride and what it has done goes a lot farther down the line as the entrances for cultural-changing movies and the beginning for many directors. After all, Kenneth Turn wrote about the festival being, “more a religion than anything as ordinary as a festival, complete with messianic believers and agnostic scoffers.”

Neil Jordan made his sexual thriller on the run, pick up the budget by the week to pay his crew. But it didn’t have a ton of support because of the dual subject matter: the IRA (still going on during The Troubles) and transgenderism, still a very misunderstood subject. But one genius – we know who he is but shall be nameless – bought the film there and created a successful campaign of not telling anyone the major plot twist. A sleeper hit, it won Jordan the Best Original Screenplay Oscar and was nominated for Best Director, Best Actor (Stephen Rea), Best Supporting Actor (Jaye Davidson, who only made one more film and left acting), and Best Picture.

For the haters of Michael Moore, you can blame Telluride for providing him the breakthrough with his documentary that would reflect a similar theme in his entire career: the little man and working man getting screwed over by the man. Here, it was the motor industry in his native Michigan surrounding GM CEO Roger Smith who shut down several plants, putting 30,000 people out of work. It’s part autobiography on Moore’s upbringing and part expose on how Smith’s management didn’t just make things for the city, but also even for GM itself. There is, as it would be in the rest of his movies, at least one bold move to confront the problem to the antagonist, as he tried to ask Smith questions but was declined in his face. Moore would return to Telluride with his bullseye feature, Bowling For Columbine.

Robert Rodriguez shot his first film, the start of his Mexico trilogy with just $7,225 as a budget, half of it coming from Rodriguez getting paid in experimental clinical drug testings. He shot on location, had locals to play minor roles, had no dolly, used one camera and almost no extra takes, no synched sound, and shot on 16 mm which transferred to video for editing. His entire cost-cutting mechanisms, along with being virtually the only crewman as DP and editor, resulted in a successful debut which Columbia Pictures bought for $200,000 and then fix it up to proper standards before marketing and distribution in early 1993. Rodriguez would also write a book about making the film, Rebel Without a Crew.

After driving up major buzz in Cannes, David Lynch took his TV pilot-turned-hypnotic drama to Colorado for its American debut, leaving no doubt what many had witnessed back in France. It’s traditional Lynch; mysterious, sensual, and never giving all the answers in Lynch’s mind, which is exactly what his work is meant to do. And this one is about breaking into the business, the creative struggle one must wrestle, and the questioning of our real identity. There are plenty of interpretations to read but the film did its job of sucking us in very slowly that we didn’t realize it.

Like Mulholland, Cannes is where Michel Hazanavicius’ love letter to silent Hollywood began his drive to a Best Picture Oscar and made Colorado his North American debut. Again, the same famous producer from twenty years earlier bought the film and immediately knew that people would fall for this charming story with a cute dog and a handsome Frenchman (Jean Dujardin) at the front. That year, The Artist also went up against George Clooney in The Descendents and The Ides of March, all starting at Telluride.

Barry Jenkins had not made a film in 8 years as he struggled to get other projects started and hated his brief stint as a writer on The Leftovers. Thanks to his constant presence in Telluride trying to sell scripts, he finally got a meeting with Brad Pitt’s Plan B Entertainment and bought Jenkins’ adaptation of Tarell Alvin McCraney’s play. This came from personal experience for both men; living in Liberty City, a harsh neighborhood in Miami, all Black, and full of drug dealing in the 80s and 90s. It’s their life through Chiron as he gets older and as he realizes his feelings are opposite to what Black machismo life expects from boys. And being a Miami native myself with friends who came from this area, it is accurate.

What other works shall we see this year? By the time this piece is published, we may know. But the list goes long from what I have written so far. In the 80s, it was Jim Jarmusch’s Stranger Than Paradise, Louis Malle’s My Dinner With Andre, and David Lynch earlier with Blue Velvet. This is where the early buzz of a film lives on or dies. No awards are given out. Telluride is a celebration of what is coming. And what has been and why cinema is the best medium for any entertainment.