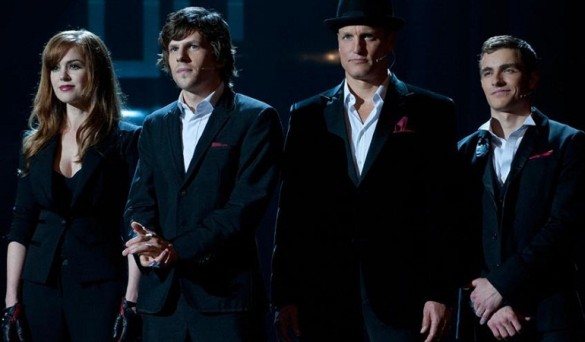 One of the most under-the-radar movies coming out this summer in my opinion is Louis Leterrier’s, Now You See Me. This movie seems to have an interesting story and it has an incredible cast that includes Morgan Freeman, Michael Caine, Jessie Eisenberg, Mark Ruffalo, Woody Harrelson and Isla Fisher to name a few. Anyway, the marketing for this film has almost been non-existent and it’s probably due to the fact the budget is tied up in all the casting for the film.

Well Lionsgate has released the first four minutes of the film in an effort to get people excited about the movie. People haven’t really been talking about this film much, but it seems interesting so I think this is a good movie on Lionsgate’s part. Whether or not it sparks the right buzz is a different question. Now You See Me comes to theaters May 31.

What do you think? Is this a good idea? Comment and let us know!