Movie News: Villain set for The Guardians of the Galaxy? 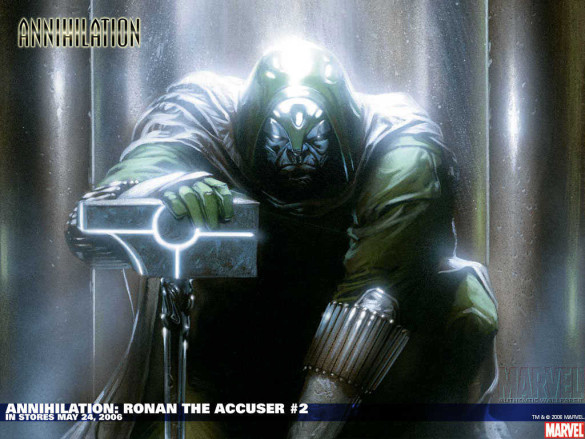 Do we finally know who will be the villain in Marvel’s The Guardians of the Galaxy? It seems so.

According to JoBlo, the main villain will be Ronan the Accuser, the ruler of the alien race known as the Kree. It was speculated that Thanos would be the main villain since he appeared in a teaser at the end of The Avengers; whether he will appear in the film is still unknown.

As for who will be playing Ronan the Accuser, Lee Pace was recently cast in a “villain” role. Whether he will be playing Ronan or a different villain is still unknown. Pace is part of a cast that also includes Chris Pratt, Zoe Saldana, Michael Beautista, Michael Rooker and Ophelia Lovibond. The film will be directed by James Gunn.

I know absolutely nothing about The Guardians of the Galaxy but I do like the director and most of the cast. Looks interesting.

The Guardians of the Galaxy hits theaters on August 1, 2014.