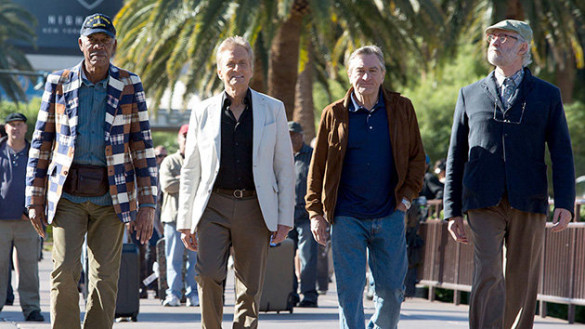 Well as if The Hangover wasn’t enough Las Vegas humor for you, then you’re in for a treat. A new movie called Last Vegas is here and looks much better, if you ask me. An Oscar-winning A-list cast that includes Robert De Niro, Morgan Freeman, Kevin Kline and Michael Douglas looks to be incredibly entertaining, especially at their age. It’s kind of like The Expendables, but with Oscar-caliber actors who like to have fun and are legends at their craft. It looks like someone lost a bet and this is the film that came out of it, however it does look silly and fun though.