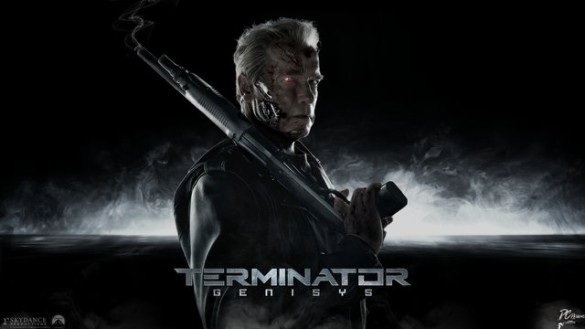 Terminator Genisys might be getting awful reviews at the box office, but what the franchise does have, is a slew of what humans are most afraid of: super intelligent robots that turn against humanity, and going on a killing spree. What happens when the technology we created to assist us in life, decides it would rather end our lives?

There’s more than enough movies that explore that scenario. Let’s take a look at our top 10 favorite “Killer Robot” movies that pit technology against humanity. In no particular order:

A Stanley Kubrick masterpiece. Humanity finds a mysterious, obviously artificial, object buried beneath the Lunar surface and, with the intelligent computer H.A.L. 9000, sets off on a quest. H.A.L doesn’t turn out to be the partner in crime they had hoped he would be.

Michael Crichton imagines what it would be like if Disney World turned on us. A robot malfunction creates havoc and terror for unsuspecting vacationers at a futuristic, adult-themed amusement park.

Joanna Eberhart has come to the quaint little town of Stepford, Connecticut with her family, but soon discovers there lies a sinister truth in the all too perfect behavior of the female residents. Women so perfect could only be crazy robots.

The commercial vessel Nostromo receives a distress call from an unexplored planet. After searching for survivors, the crew heads home only to realize that a deadly bioform has joined them. I wouldn’t trust Ash to help you out of the pickle.

A blade runner must pursue and try to terminate four replicants who stole a ship in space and have returned to Earth to find their creator.

Just the typical killer robot storyline: the head of a cyborg reactivates and rebuilds itself and goes on a violent rampage in a space marine’s girlfriend’s apartment.

Neo and the rebel leaders estimate that they have 72 hours until 250,000 probes discover Zion and destroy it and its inhabitants. During this, Neo must decide how he can save Trinity from a dark fate in his dreams. A really confusing tale, but full of killer robots, nonetheless.

In 2035 a technophobic cop investigates a crime that may have been perpetrated by a robot, which leads to a larger threat to humanity.

Astronaut Sam Bell has a quintessentially personal encounter toward the end of his three-year stint on the Moon, where he, working alongside his computer, GERTY, sends back to Earth parcels of a resource that has helped diminish our planet’s power problems. Kevin Spacey plays the perfect crazed robot, even if he is sporting a smiley face emoticon.

On a distant mining planet ravaged by a decade of war, scientists have created the perfect weapon: a blade-wielding, self-replicating race of killing devices known as Screamers, designed for one purpose only — to hunt down and destroy all enemy life forms. But man’s greatest weapon has continued to evolve without any human guidance, and now it has devised a new mission: to obliterate all life.