Here it is: The first (and pretty generic) poster for Thor: The Dark World.

The sequel to 2011’s surprisingly good Thor is directed by Alan Taylor, who will be making his feature film debut after spots on The Sopranos and Game of Thrones. The film stars Chris Hemsworth, Natalie Portman, Tom Hiddleston and Anthony Hopkins. 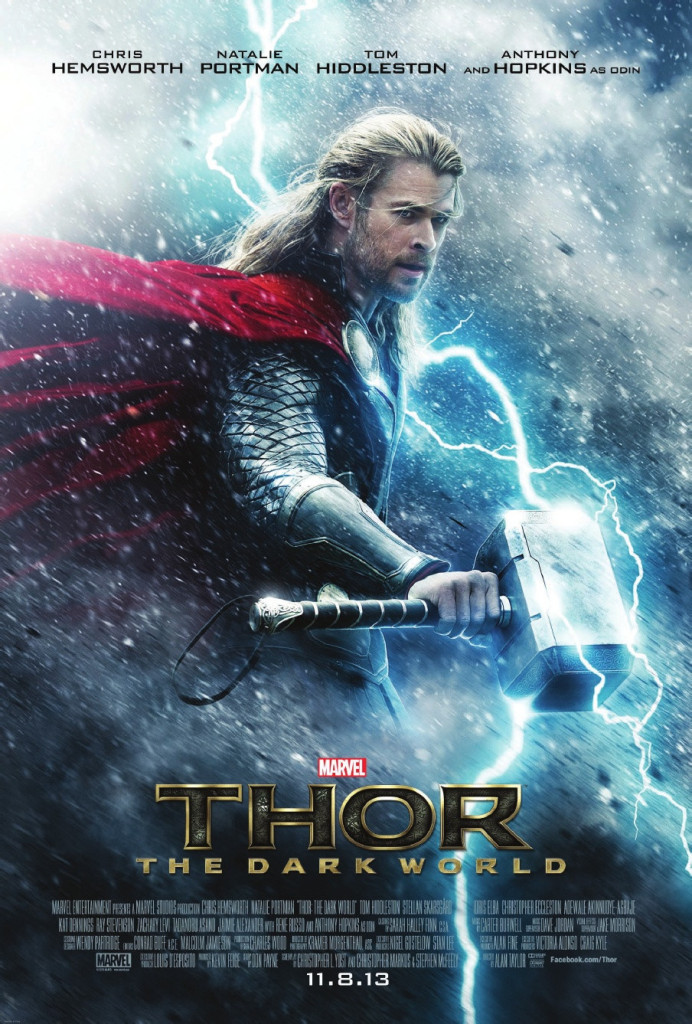 Thor: The Dark World comes out on November 8.