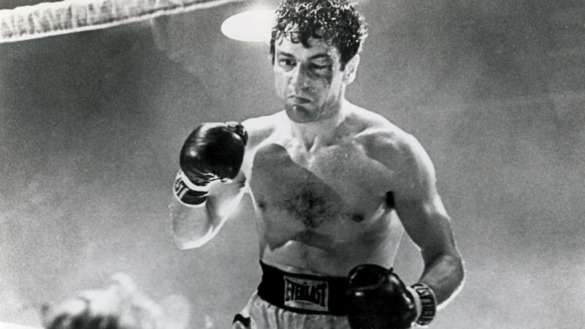 Lisa Marie Presley praised the performance of Austin Butler as her father, the great Elvis Presley, in Baz Luhrmann’s biopic on the King of Rock n’ Roll. Butler “channeled and embodied my father’s heart and soul beautifully. In my humble opinion, his performance is unprecedented and FINALLY done accurately and respectfully.” Elvis’ ex-wife, Priscilla, also heaped praise on the film and Tom Hanks’ performance as Elvis’ manager, Colonel Tom Parker. Although there were factual inaccuracies, as there always are, the film was another big hit for Luhrmann and currently comes with Oscar buzz. However, not all biopics receive such praise from family and their subjects who were still alive at the time of the movie’s release. In fact, some ridicule it hard. Here are a few biopics that got the approval or scorn from the real-life characters.

Alan Parker directed an Oliver Stone-penned script on the life of Billy Hayes, who was busted for smuggling hashish when trying to leave Turkey and was sent to prison before he was able to make his escape. The film received critical acclaim but was harshly criticized for its portrayal of Turkish people in general, especially the prison guards who are made to be very savage against Hayes. To many, it was another example of racist caricatures in a Hollywood production; even Hayes disapproved of the film because of how much of it was fictionalized, such as the scene where a prison guard tries to rape him. Stone would later apologize for his writing when he visited Turkey many years later.

It just got the Criterion treatment as one of the best biopics made in film history. The story is about the violence outside the ring as much as it is in the ring with the story of Jake LaMotta and the demons driving him daily. Listed as #4 on AFI’s 100 Years…100 Movies list, it is argued to be Scorsese’s masterpiece of all masterpieces he has made, especially for someone who had little interest in boxing or doing the film, to begin with. As for LaMotta, he helped Robert DeNiro train for the boxing scenes and said he was very natural as a fighter. His first impression of the film, however, was negative, believing it was too unfair to him. When LaMotta asked his ex-wife, Vicky, if he was as bad as portrayed in the movie, she responded, “That’s right! You were worse!”

The Oscar-nominated biopic of the du Pre sisters, both of them classically trained musicians, received a significant dose of controversy because of the pushback from those who knew Jacqueline du Pre, the central figure in the movie. Jacquline’s meteoric rise as a universally acclaimed cellist was tragically cut short by multiple sclerosis which took her life at the young age of 42, meaning she could not defend herself from the movie. Friends and Jacqueline’s widow were furious at the depiction of her seeking to have an affair with his sister’s husband and claim that the movie and its memoir, from sister Hilary, were written out of bitterness and jealousy. In fact, a group of Jacqueline’s colleagues signed a letter protesting the depiction, including Itzhak Perlman and Julian Lloyd-Webber. Hillary du Pre strongly defended the movie and her memoir as truthful, even though several facts were omitted and some of the more scandalous parts unsubstantiated by others outside of Hilary.

Oliver Assayas’ miniseries about the infamous terrorist Carlos the Jackal was critically acclaimed from its debut at Cannes but did not get the same approval from the man himself. Serving life imprisonment in France, Carlos (born Ilich Ramírez Sánchez) had read several excerpts of the script and tried to block the release of the miniseries, claiming defamation and violation of judicial secrecy laws as he was still facing more charges at the time. According to Carlos, “Showing hysterical men waving submachine guns and threatening people is completely ridiculous. Things didn’t happen like that. These were professionals, commandos of a very high standard.” However, Assayas acknowledged that several moments took liberty with the truth, and dates and names were changed for other legal reasons.

The story of the Iranian hostage crisis had neglected to talk about the amazing escape of six Americans who escaped capture but needed to be smuggled out. The CIA and the Canadian government collaborated to get them out of the country safely through an outrageous plan of a fake Hollywood production that was not declassified until the 1990s, and then Ben Affleck made it into a crowd-pleasing film. Everyone who was part of it in real life seemed to be pleased with the movie except the Canadian ambassador at that time, Ken Taylor. Taylor criticized it for downplaying Canada’s involvement in their escape and rightfully so; the movie portrays it as an American-only plan and says that Britain and New Zealand didn’t want to help them. That was not the case, but it didn’t harm the film’s chances of winning the Best Picture Oscar.