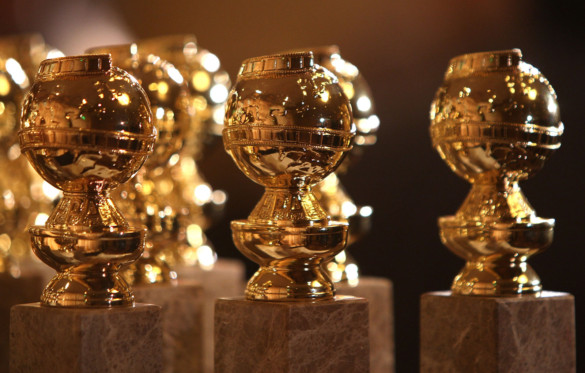 By now, we would have already celebrated the Golden Globes as the Oscar race is in full swing. But because of the epidemic, everything has been postponed, and the Globes are now preparing for their annual ceremony in a virtual manner. Better than canceling everything and having two people announce the winners as in 2008. Yet, the Globes are highly watched because of their dual honors for both film and TV. Nicole Kidman described the ceremony as more of a dinner party than an awards show because of its intimate setting at the Beverly Hilton. Yet, for awards watchers like us, we wonder what the 90+ voters from the Hollywood Foreign Press Association (HFPA) will vote for because of their notorious history for who they nominate and who wins.

The founders of the HFPA were a group of overseas reporters based in Los Angeles covering the entertainment world who recognized that there was a large foreign market not being covered and being overlooked. Their predecessors, the Hollywood Association of Foreign Correspondents and the Foreign Press Society, sought to bring more recognition outside of traditional Hollywood functions, and with World War II underway, the newly established Hollywood Foreign Correspondents Association came about. The 1st annual Golden Globe Awards was on January 20th, 1943, at 20th Century Fox Studios, where its film, The Song of Bernadette, won Best Film.

In 1950, a split in the group led to the formation of the Foreign Press Association of Hollywood, led by Henry Gris and their own awards called the Henriettas. In 1955, the two groups reconciled and rebranded themselves under their current name; that same year, they begin awarding television in conjunction with cinema. Its famous trophy, a golden globe with a strip of film on a platform, came out in its 2nd annual ceremony after the inaugural awards presented scrolls to the winners. Early venues included The Beverly Hills Hotel, Hollywood Roosevelt Hotel, the Ambassador Hotel, and the Ciro Nightclub before finding its permanent home at the Beverly Hilton beginning in 1961.

The Rules And Charity Of The HFPA

Every month, meetings take place in which officers and directors are elected, as well as up to five journalists are admitted to the HFPA every year. All members are accredited by the Motion Picture Association of America (MPAA) and have to show their work to renew their active membership status or else be designated as a non-voter affiliate. Members must live in Southern California, attend four monthly meetings, and publish at least four articles outside of the US yearly. Outside of its voting duties, the HFPA is a nonprofit group that takes in nearly $10 million from its telecast and donates  to various entertainment groups for film restoration projects, scholarships for students, and grants to different organizations.

We Can Never Be Bribed! (But Thanks For The Trip…)

As the show grew and gained the attention of more studios who wanted their films to compete as a precursor to the Oscars, the HFPA began to get swallowed in controversy on what they vote and nominate for. In 1958, Henry Gris resigned from the HFPA protesting what he saw as favoritism towards certain actors based on close relationships with them, as well as noting how a large number of winners came from one public relations firm. From 1968 to 1974, NBC canceled their contract with the HFPA after TV’s most hated critic, the FCC, said the show was fraudulent. Instead of private ballots, they accused the HFPA of granting votes based on lobbying and informing nominees that showing up would guarantee them a win. Until they were satisfied that the HFPA was having legitimate votes, NBC stayed away from broadcasting the show.

And while there is certainly some ass-kissing and IOUs being given around, there were some votes that were put out there based on gifts. Pia Zadora’s win (for the critically-panned Butterfly) for New Star of the Year in a Motion Picture in 1982 over the likes of Elizabeth McGovern (Ragtime) and Kathleen Turner (Body Heat) clearly indicated the HFPA was bought off when it was learned that Zadora’s husband – multimillionaire Meshulam Riklis – brought the voters to his hotel and casino in Las Vegas for a lavish showing of the film. Vegas made an impact again when another critically-panned film, The Tourist, received three nominations in 2011, including Best Picture – Musical/Comedy, even though it’s a thriller. The film’s distributor, Sony, sent the voters to a lavish showing and a concert by Cher.

At the same time, there was another “bribe” that came their way, but this time, they returned it. In 2000, distributer USA Films (now Focus Features) sent over luxury watches to the HFPA to promote Sharon Stone’s performance in The Muse. The head of the HFPA at the time got wind of this and ordered the watches be returned, “to protect the integrity of its award.” While Stone did get nominated for her performance, she eventually lost.

So, what do we still make of this group of foreign hotshots? They still don’t know where to place films in either Drama or Musical/Comedy (like The Martian winning) and with Foreign Language Film, their rules really need an update. Just because a good percentage of Minari and The Farewell is not in English doesn’t mean it’s foreign, when the production is American. They sometimes like to award the same person multiple times and sometimes go with random winners no one saw coming; I’m looking at you, Aaron Taylor-Johnson. They go well past their three-hour time slot, which makes the end of the ceremony all crunched up and like to catch winners off guard, like Christine Lahti being in the bathroom or Jacqueline Bisset being a little tipsy. All of this comes from the HFPA and a group that never reaches 100 members, who make their choices the first important award on the road to the Oscars. Whatever the case, this group of foreign journalists get together and make their own contributions to entertainment in ways only the HFPA would do.