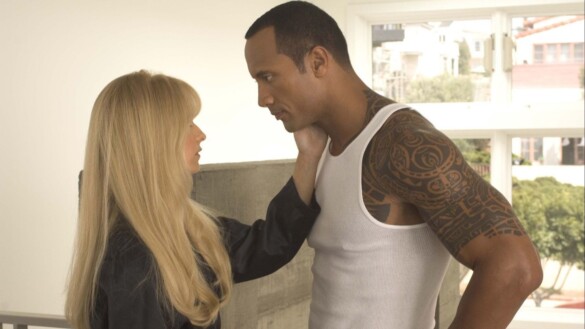 Cannes is about glitz and glamor and cinéastes coming together from around the world. The Palme d’Or is the ultimate prize, but as much as it’s about celebrating new films, Cannes is notorious for booing the living hell of films it sees as trash. Well, there’s booing, and then there’s jeering and walking out. The French really tell you what they think and won’t be polite about that. There are plenty of terrible films that got the massive thumbs down – and some good ones, actually – but these reactions were of a harsh kind that makes them noteworthy in Cannes history.

Today, it is considered a classic, a stroke of genius by the great Michelangelo Antonioni and his muse, Monica Vitti. When the film was released at Cannes, however, it was far from being considered as such. Throughout the screening, there were laughs and boos, mainly because the audience was totally unaware of what was happening, which was nothing, in its long, dialogue-free scenes about a woman looking for her missing friend. It was so bad that Vitti left in tears. However, the pushback to the jeers came soon after by critics and other directors who hailed it as a breakthrough and the film received the Jury Prize at Cannes.

The film is on this list not only because it was jeered, but it actually still won the Palme d’Or. Starring Gerald Depardieu, a priest with certain gifts finds himself conflicted on what to do when he chooses to help a 16-year-old girl doomed to hell for having an affair which leads to her pregnancy, as well as having accidentally shot her lover dead. When director Maurice Pilat went up to accept his prize, he said, “I am, above all, happy this evening for all the shouts and whistles you’ve directed at me; and, if you don’t like me, I can tell you that I don’t like you either,” and reportedly gave a hand gesture right back at those same hecklers.

This wasn’t the first or last Palme d’Or-winning film to have gotten its share of open displeasure. In 1976, Taxi Driver received a good chunk of it that sent Martin Scorsese back home early, only to be surprised when the film won. David Lynch’s Wild At Heart (1990) and Terrence Malick’s The Tree Of Life (2011) also had a divisive reception, yet took home the big prize while some were openly unhappy that it succeeded.

The film gained infamy for its writer/director/producer/lead actor Vincent Gallo receiving on-screen fellatio, unsimulated, from his then-girlfriend and co-star, Chloe Sevigny. Its plot, a motorcycle racer crossing the country, is a major borefest and is certainly forgettable except for the last ten minutes of the feature. Roger Ebert torched the film, in which Gallo responded in kind by calling Ebert, “a fat pig with the physique of a slave trader,” and claimed he put a curse on Ebert’s colon to cause cancer. (This was a few years before Ebert was actually diagnosed with cancer of the jaw.) Ebert, in his infinite wit, said watching his own clean colonoscopy was better than watching The Brown Bunny. However, the film has its champions, including Jean-Luc Godard and Werner Herzog.

The movie was weird. And, it seemingly was ahead of its time and misunderstood. For writer/director Richard Kelly, a cult following developed and he has published graphic novels expanding on his story and is currently making a sequel to it. However, the reception at Cannes was of confusion, bewilderment, and just a big, “WTF” to everything that was there. His apocalyptic, dystopian satire on the military-industrial complex was burned, dragged through the mud, drowned, and nuked multiple times by critics and viewers. Richard Kelly acknowledged how painful the screening was for him, even though he later called the film, “the thing that I’m most proud of, and I feel like it’s sort of the misunderstood child or the banished child.”

After winning the Palme d’Or for the sensational Blue Is The Warmest Color, writer/director Abdellatif Kechiche followed it up with a two-part romantic drama (the first part, Canto Uno, got decent reviews) that wasn’t just booed. There were walkouts en masse for basically being a softcore porn film in which there was a 13-minute oral sex scene and an abundance of rear end nudity. To finance the films, Kechiche auctioned off his Palme d’Or, and it didn’t help his reputation as a hot-tempered, verbally abusive director that he was accused of giving alcohol to his two stars to finish the scene. While Kechiche said he wanted to, “celebrate the body,” actress Ophelie Bau expressed her displeasure by not attending the screening.