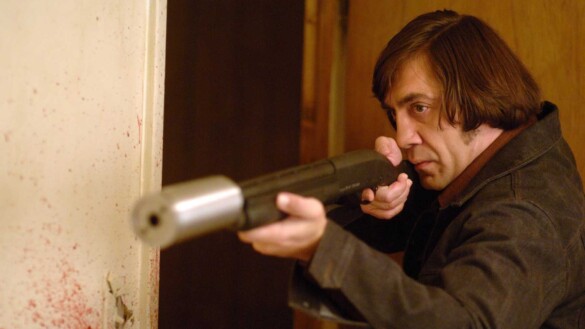 Since the golden age of cinema, there has been something quite comforting about the western genre, which made them perfect for a quiet Sunday afternoon in front of the T.V. They often followed a simplistic and formulaic narrative that also saw a long list of star-studded actors (John Wayne, Henry Fonda, Randolph Scott, James Stewart), being part of the crème de la crème of gunslinging masculinity. But they weren’t all copy and paste exercises, you know; films like John Ford’s The Searchers (1956) became known for wandering down a darker path, and then years later, Mel Brooks’ Blazing Saddles (1974) made a joyous mockery of the whole scene, with its wonderfully aloof personality. The new century though, and especially the last 10 years or so, has allowed the western genre to truly develop and become anything that it wanted to be. So, with that, let us now explore four films that have taken the blueprint of the familiar western structure, and then evolved it with wonderful modernism.

This Coen Brothers neo-western is a modern-day classic; the greatest film of its year, possibly the decade, but that’s for another time. What makes this such a definitive western is its ability to stay loyal to the age-old structure with its setting (Texas is undoubtedly the home of the genre), the expertise with which it delivers a ghostly atmosphere from this vast landscape, a land that has transformed so much since the glory days. It portrays Texas as a modern-day ghost town, and the film speaks about the problem firsthand – this ain’t no country for old men anymore, it’s a young man’s game, and all the cowboys have disappeared. But it is the modernizations that we’re here to talk about, and this film has a plethora of narrative techniques that engineer great uniqueness. It is structured by a three-way game of cat and mouse (if such a thing is possible); Llewelyn Moss (Josh Brolin) is on the run after finding a stash of money and is chased by the unrelenting and fearsome Anton Chigurh (Javier Bardem); and finally, there is Sheriff Tom Ed Bell (Tommy Lee Jones), a man who is a throwback to those stern lawmakers of old but is always a step behind in this young man’s chase. Does the film even distinguish the difference between good and bad like so many western films before it? We know Chigurh is the prominent antagonist, but Llewelyn is another troubled man who isn’t painted in the finest light, with his questionable moral compass, fleeing with something that isn’t his. The film constantly crosses boundaries and blurs the line of an orthodox western, and it has become an anchor point for many of those modern interpretations.

Craig Zahler’s horror western felt like a breath of fresh air when it was released in 2015, incorporating blood-curling horror into this quiet and subdued setting. But let’s just think for a second because the wild west has never been a law-abiding place, that expansive landscape is filled with all kinds of terrors, and Bone Tomahawk simply moved the line slightly and created something much more extreme. The lack of western horrors feels like a missed opportunity, with Tremors (1990) and Ravenous (1999) being the only films that immediately spring to mind. This film’s decision to fully commit to the idea that everything could and would go wrong is its shining light, and the horror aspect is just an excellent collage of violence and gore. The narrative is something of the old style too, as it is even comparable to The Searchers: a gunslinger goes searching for missing people with a posse of concerned townsfolk at his side, they venture into those unforgiving lands with a hint of caution, unsure of what to fully expect. Strikingly similar, right? Well, apart from the outcome, that is. The cast that is led by a dominant Kurt Russell creates an interesting dynamic that is a nod to those films of the past; with Richard Jenkins as his deputy and Matthew Fox as the brazen youngster (compared to them at least) ready to run full steam ahead. Everything about it shouts golden age western, but its ability to modernize in this new world of attractive bizarreness is its most effective tool, hopefully opening the door for a continuation of the two genres.

Another variation of the neo-western genre is one that uses narrative methodologies from the golden age: a girl goes missing which leads a wildlife tracker (Jeremy Renner) and an FBI Agent (Elizabeth Olsen) to uncover the truth behind the disappearance – someone going missing seems to be the consistent ingredient for a lot of western films, doesn’t it? Wind River has the structure of a western in its plot and the way it represents its chosen hero figure as a man looking for redemption, as he battles a previous trauma, like so many before him. This modern take on the genre decides to travel further north for its setting too, using the frozen landscape of Wyoming as its backdrop – becoming more akin to the Northern genre – and its depiction of true events that have plagued the lands for many years. Director Taylor Sheridan claims to have made the film to raise awareness of the alarming number of Indigenous women who are raped and murdered, both on and off reservations. The film now becomes extremely sensitive as it depicts something very real and controversial; a seriously dark undertone begins to develop as the film progresses, and includes some graphic scenes that are not for the faint-hearted. Although Wind River has western tendencies, Sheridan ends up creating a crime drama of the highest order; a tense atmosphere lingers over the film, with the thrilling and violent ending being a near-perfect means of resolution. It is a supremely bitter, and incredibly visceral noir-like western that delivers at being brutal and yet, also consists of beautiful emotion that is rarely seen.

When it comes to a unique western film like no other, one that turns the whole genre on its head, Jane Campion’s The Power of the Dog becomes instantly iconic. Set in Montana during the early 20th century, it uses the power of space and sound to emulate the golden age of the western genre, but it also delivers an intense and unique experience with little to no violence – a western without violence, what’s the point you might be asking? Gun-toting cowboys aren’t the key, you know, because if you can create an atmosphere that is as tough and gritty as those figures of the past, then you know you’re onto a winner. Western films have long been associated with masculinity (that’s an obvious one), and jealousy to an extent, but the sexual implications surrounding these characters have always been up for debate. The Power of the Dog moves everything into the 21st century, by expertly exploring those long-harbored gay feelings that many don’t like to admit were part and parcel of that era. And with that, is an incredibly dark undertone that not only dictates the pacing of the film but also allows for a lot of viewer interpretation. This really is a thinking person’s western; it’s not as black and white as most often are, adding a variety of strings to its already impressive bow. This film could be the watershed moment for the modern-day western, allowing it to become multidimensional, filled to the brim with hidden meaning and themes of a humanistic nature, but it could also benefit from being the only one of its kind, offering people a treat as to what “different” really is.