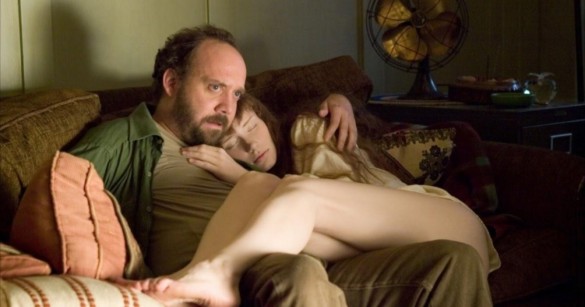 Where and when we watch movies are crucial to how much we enjoy them. There are so many variables at play – watching alone rather than with friends, in the cinema versus at home, even our age affects our viewing experience. We’ve all watched films we’ve just not been in the mood for, haven’t clicked with, or thought it was just not our cup of tea. If our enjoyment depends so much on all these factors, by rewatching a film, our opinion on it can drastically change. We can appreciate things we never saw before, feel like we’re watching an entirely new film, or our estimations can plummet, and we question why we ever liked it in the first place.

In this column, I’m going to be revisiting some of my least favorite movies. These are films I find tedious, excruciating, and annoying. The performances will be flat, the writing will be awful, and the entire film will be an embarrassment. Why do this? My intention is not to solely tear them apart (although I’m sure there will be a fair amount of that along the way), but I want to work out what I disliked about it in the first place, and whether I find those aspects still troubling. I want to reflect on what about me has changed since my last watch, and whether or not I appreciate it more. I want to give a fair and balanced assessment to films I could very easily, completely write off and never think about again because every film deserves a second chance.

Our first film is going to be M. Night Shyamalan’s Lady in the Water (2006), which I inexplicably watched when I was sixteen. In high school, a friend and I would marathon bad movies to laugh at them, reveling in the unintentional hilarity. After enjoying the sheer incompetence of The Happening (2010) and The Last Airbender (2010), we thought we’d delve deeper into Shyamalan’s filmography with the critically-reviled Lady in the Water.

Cleveland Heap (Paul Giamatti) is a superintendent of an apartment complex in Philadelphia, who spends his days providing for the needs of the various oddball residents. One night, he finds a sea nymph in the swimming pool named Story (Dallas Bryce Howard) who can only return to her realm through an elaborate ritual. But monsters from her magical world have come to thwart her escape, so Cleveland must band together with the residents to help Story safely return. Along the way, they realize that Story has helped them all in ways they couldn’t possibly imagine.

In our initial watch, we soon discovered that Lady in the Water was not so-bad-it’ s-good. I remember being confused, frustrated, and bored. I knew I was infuriated at Shyamalan casting himself as Vick, a struggling writer whose work will one day bring about world peace, but at sixteen, I couldn’t formulate the words to pin down exactly why it bothered me so much. The inclusion of a film critic character, Harry Farber (Bob Balaban), also felt off. The character was so overwhelmingly arrogant, dismissive, and obtuse, and the film held him in polar opposite to the humble, delicate and wise Vick. The attempts at kooky humor all fell flat, and the viewing experience was devoid of any joy. We watched it in silence, and when it finished, we turned off the TV and went to bed.

Since then, I’ve gradually cemented Lady as my least favorite Shyamalan movie, and one of the worst films I’ve ever seen. But six years later, I’ve learned a lot more about writing and the power of stories, as well as a keen desire to create my own. Maybe the blend of fantasy and modernity will work better on a rewatch? Perhaps I can find a greater appreciation for Shyamalan’s most personal film, a fairy-tale about stories, and how much they can affect us.

I needn’t have bothered getting my hopes up. Lady in the Water is genuinely terrible. The only change in my rewatch was a hyper-awareness of how every single component is wrong.

With Lady, Shyamalan has said he wanted to make a bedtime story for his kids. After watching it again, I now feel sorry for his kids. It is so self-aggrandizing and egotistical that any listener would be able to tell in a heartbeat that the story was not invented for the benefit of the listener, but instead to engorge the writer’s opinion of himself.

I’ve also never heard a bedtime story with this much clunky exposition. A clumsily tacked-on opening narration might trick you into thinking we’ve gotten it out of the way early, but once the narrative proper begins, we’re treated to scene after scene of dense, nonsensical lore. “Can you look up the word ‘narf’ for me?” Cleveland asks a resident at one point. If you’re a fan of ridiculous words being said too seriously, then this is the film for you.

By some wild coincidence, one of the residents was told all of the story’s pertinent information in a fairy-tale when they were a child, so she spends the runtime reporting it in piecemeal to the other characters. I get that Shyamalan wanted to give the impression that a bedtime story was coming to life in mundane, everyday life, but that only works if it’s a genuine recognized story that audiences have heard of and not one that Shyamalan clearly made up himself. The result is just a cheap way of providing exposition.

And when they’re not explaining the plot, our characters talk like no human being ever has. Their humor falls flat, and their charisma is non-existent. In his attempt to color a wide variety of personalities, Shyamalan instead makes us question if he has ever actually met a person. And if he has, did he listen to how they talked, or was he too busy explaining his very bright story about a narf? I understand that he wanted the apartment complex to be filled with zany, quirky people, but the bizarre syntax with which everybody speaks isn’t charming; instead, it just signals their artificiality.

As before, I found myself fixating on the two writers of the film, Vick and Farber. The narrative treats the former as prophetic and the latter as arrogant. To Shyamalan, critics are harsh and dismissive, unappreciative of the visionary work writers are capable of. Shyamalan may be trying to tell us that every writer can change the world with their words, but by casting himself as Lady’s genius writer, any commentary on the broader impact of writing is lost. It just becomes about him. I’m a writer, I’d love for my stories to be lauded and appreciated by lots of people, but on my rewatch, I didn’t get any inspiration or encouragement from watching this film because I don’t see myself in the character of Vick. I instead see the writer of the film telling the audience that he’s a good writer. If you’re going to make a film about the power of storytelling, it undervalues your point when your film is atrociously written. 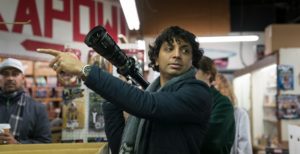 Vick’s world-changing book, entitled The Cookbook, is said to be the ultimate assessment of society’s systemic flaws, and yet we never get a glimpse into its contents. “There’s a lot of things in the Cookbook people won’t like to hear,” he tells us. Like what, Shyamalan? What’s so confronting and incredible about this work? The sad fact is, Shyamalan literally can’t write anything that good, so we never see any proof. We just have to take his word for it.

The main difference between my two watches was my plan going into it. The first time, I wanted a movie so incompetent I could laugh at it and ended up being bored to tears. The second time, while not looking forward to it, I was at least engaging with it critically, seeing if I could assess if there was anything I could praise. And, to be fair, there are a couple of positive points. James Newton Howard’s score provides a beautiful, dreamlike atmosphere, and there is something winning about a ragtag bunch of reclusive weirdos in a crummy apartment complex banding together to save the life of a fantastical creature. But they’re let down by Lady’s writer-director, who hijacks a movie about aimless people finding purpose in the supernatural to talk about who he thinks is the essential character – himself.

The Happening is hysterical to horror fans, and The Last Airbender is downright offensive when compared to its TV show. Still, as an aspiring writer, I hold Lady in the Water as Shyamalan’s greatest failure. The more I improve my writing craft and enter into the world of film criticism; I increasingly return to the two writers in Lady, Vick, and Farber. I’m a film critic because I love the medium, I’m obsessed with how stories are told visually and dynamically, and Shyamalan seems to think film critics hate their job, hate filmmakers, and hate their art. But if you watch Lady in the Water, I don’t think you’ll get the feeling that Shyamalan loves his craft. He just loves that he made it.