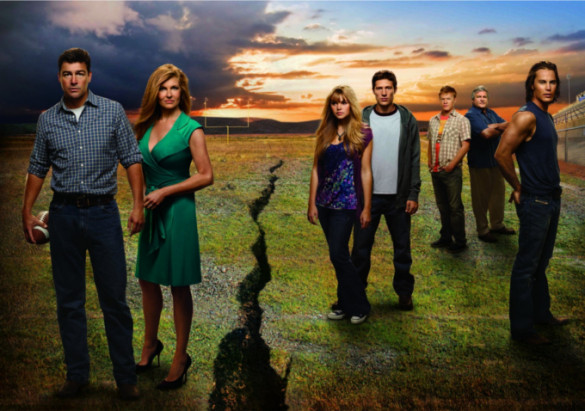 According to Deadline, Ron Howard and Brian Grazer were in Cannes to introduce a few of their upcoming projects and announced they are planning to use crowdfunding to raise money for a movie version of the TV series, Friday Night Lights. Well you may be thinking, “umm…there’s already a Friday Night Lights movie and it’s pretty good,” and I would agree with you. However, the TV show is pretty popular and it most likely will not be a remake, but rather a continuation of the TV series.

According to Grazer, “We made a terrific feature with Pete Berg, turned it into a terrific TV series and will now make a movie from that series. I’m not sure such a thing has been done before.”

Crowdfunding and Kickstarter campaigns have really ramped up since Veronica Mars pioneered the idea for big films. Zach Braff also started a Kickstarter campaign for his second feature film, Wish I Was Here, which also did really well and created some controversy at the same time. At this rate, this could become an extremely popular trend but it could see some costly consequences, most notably to the fans. I understand it’s easier for directors and producers to get funding for the film, but I’m not convinced this is the best direction going forward. While, the TV series is good, I don’t see a reason to make this film.

Howard and Grazer have a new film coming out in September called Rush, which stars Chris Hemsworth.