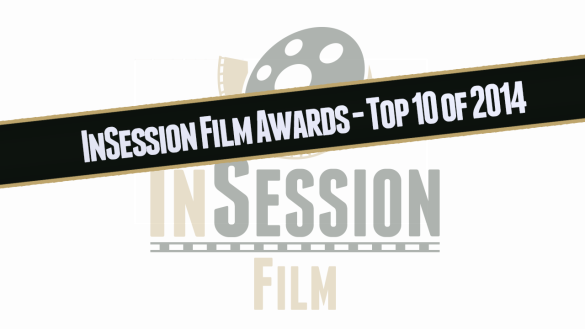 We are less than one week away from our InSession Film Awards show as we discuss all of best that film had to offer in 2014. Just like our Awards show last year, we have a list of categories that we’ll be handing out awards to as well as discussing our Top 10 films of 2014.

So to help you prepare for this week’s show, we’ve laid out here all of the categories we’ll be discussing. For each category, we’ll each come up with our own three nominations and then discuss our winner for that category. If you’d like to play along, click on the link below to download the category sheet, fill it out and stay tuned for Episode 99 this weekend!

Remember, treat each category as your own. Come up with your own three nominations and then pick a winner. If you’d like, email, Facebook or tweet us your ballot and stay tuned for Episode 99 to see how your list compares to ours!

Here are all the categories we’ll be discussing this weekend:

Individual Special Awards
– For this, we’ll make up our own special awards that we want to give away. Can be anything relating to film in 2014.

Best Movie Under the Radar

Best Use of Soundtrack Music
– Doesn’t have to impact movie, but just a song (non-score) used in the film. Opening and Closing credits count.