Poll: What is your favorite Zack Snyder film? 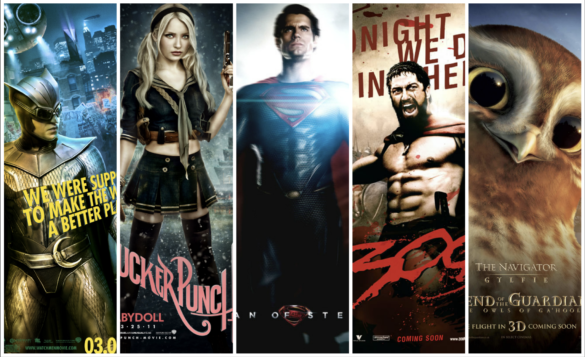 #ReleaseTheSnyderCut. That powerful hashtag was not only proof of what the voice of the public is capable of, it is a demonstration of the power of a devoted fanbase. Zack Snyder has never been one to curry favor with film critics, but his fans are among the loudest and most passionate for any filmmaker working today. That could be annoying, but in the case of Snyder, who initially left 2017’s Justice League due to a personal tragedy, there is something genuinely heartwarming about the fans allowing Snyder to finish what he always wanted to finish. As such, Zack Snyder’s Justice League has become a form of coping for him, and this weekend we finally get to see what he claims is his vision. However, that does not mean it’ll be a good movie, as many of Snyder’s films haven’t been the most well-received. But he does have his fans, and they bleed passion for all his films.

Let’s see how passionate things get when we pose this question: What is your favorite Zack Snyder film? We are also including ONLY Zack Snyder’s Justice League, as many would now say the 2017 film belongs to Joss Whedon.