Poll: What is your favorite 2021 Oscar nominee for Best Picture? 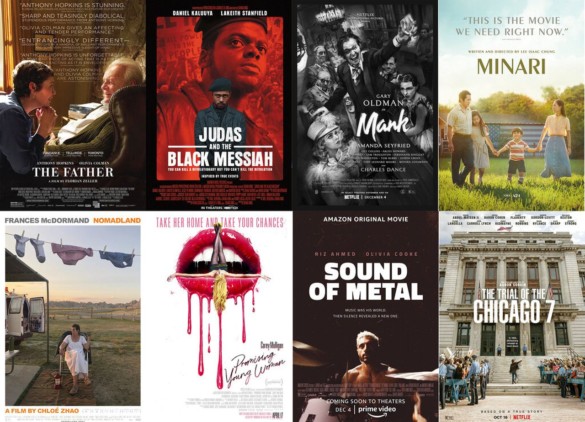 It’s hard to believe that we would end up having two history-making Academy Awards ceremonies in a row; the first being Parasite winning Best Picture, and now we get to experience a ceremony affected by a deadly pandemic. Some of us didn’t even think there would be enough content to celebrate, but if you look at this year’s crop of eight nominees for Best Picture, I’d say the Academy did okay. It proves that 2020 was still a good cinematic year, and all eight of these films have something worth talking about. We will be sharing our predictions on Episode 426 this weekend, and since this will be our final main show released before the ceremony, we were obligated to start this discussion now.

So out of the eight Oscar nominees for Best Picture, which is your favorite?