Poll: Of the three actors to play the web-slinger, who is your Spider-Man? 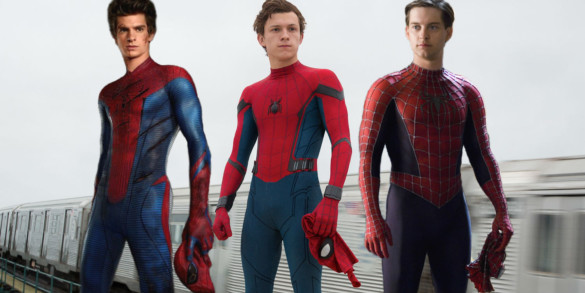 Spider-Man: Homecoming will be swinging its way into theaters this weekend, and word on the street is pretty good. We’re very excited for a good Spider-Man film, as it’s been awhile, crawling all the way back to Sam Raimi’s Spider-Man 2. The three Spider-Man films since then have been disappointing misses, so hopefully Tom Holland will breathe some life into the beloved comic-book hero. Despite how the films have been overall, our poll question this week is instead focused on the actors who have portrayed the iconic character. Say what you want about the Amazing Spider-Man films, but Andrew Garfield is really good. He owns the role in some great ways that make up for some of the flaws in his films. Tobey Maguire, in many ways still, is mostly known for his Peter Parker. And Tom Holland has shown some real promise in portraying a somewhat different version that both Maguire and Garfield.

That said, of the three actors, who is your Spider-Man?