Poll: At this year’s Oscars ceremony, which is more likely (or perhaps shocking) to happen? 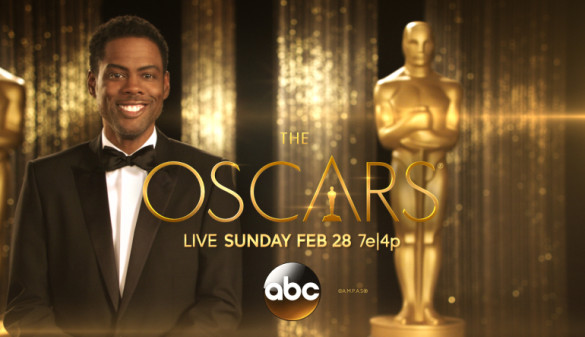 Happy Oscars week everybody. This weekend on Ep 158, we’ll be discussing the new film Triple 9 as well as giving our predictions for this year’s Academy Awards. This year will most likely feature the first Oscar win for Leonardo DiCaprio, which funny enough seems to have some people in an uproar, when just a few years ago the discussion was all about how he’ll never win and how sad that will be. While it’s likely set in stone he’ll win, would it be shocking if he loses? Maybe, but maybe not, given The Academy’s history with him. If Alejandro González Iñárritu wins again for Best Director, it’ll mark the third time that a director won two years in a row. It also may cause Twitter to lose it’s mind. ICYMI, we had a whole discussion on why he’s such a polarizing director that you can hear on Episode 151. It’ll also be interesting to see how Chris Rock handles the #OscarsSoWhite controversy, which I personally believe he’ll nail perfectly. All in all, this could be a really fun year at the Oscars, at least if you care about them at all.

At any rate, for our poll this week, we are throwing out a few scenarios that we think would be fun to see at this year’s Academy Awards. Which one do you think would be the most shocking and more likely to happen? Vote now!