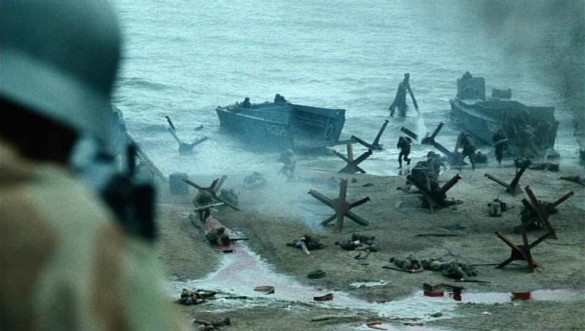 This week on the InSession Film Podcast, we looked at David Ayer’s new WWII tank film, Fury, starring Brad Pitt, Logan Lerman and Shia Labeouf. War movies have always been an entertaining genre with films that feature some incredible highlights, somber journey’s, rough characters and heroism that most of us will never understand. Some war movies feature some really powerful moments that have become to define and represent the genre, as I think Fury will in the future. We scoured through many and we found some really great scenes to talk about.

That being said, what war movie scenes would make your list? Here are the one’s that made ours (Keep in mind we all have different criteria for our lists as well):

Hopefully you guys enjoyed our lists and if you agree or disagree with us, let us know in the comment section below. There are obviously a lot more war movies and scenes that we did not cover or talk about, especially regarding some classic films. That being said, what would be your Top 3? Leave a comment in the comment section or email us at insessionfilm@gmail.com.