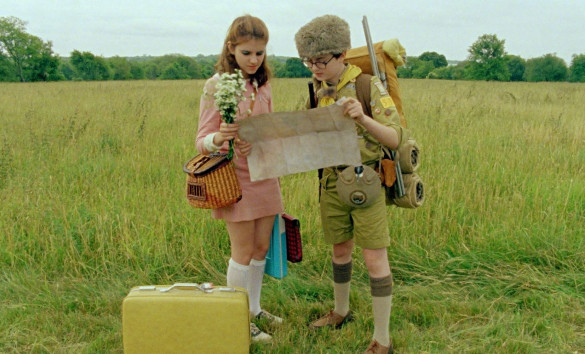 Synopsis: A pair of young lovers flee their New England town, which causes a local search party to fan out and find them.

DIRECTION
Wes Anderson has made some amazing films and this is one of his greatest achievements. Anderson’s cinematography choices are brilliant and perfectly executed. The shots in the opening sequence and the one’s where the kids are on the beach are some of the best of 2012. I love how he takes us through the story with amazing performances from his actors and leaving you rooting for the kids in the story. His music choices were even more amazing using a great score and adding in the right sounds when needed.

SCRIPT
Anderson and Coppola’s script is nominated for Best Screenplay for a very good reason and my favorite to win in 2012. I love the story and how it captures your heart for a couple of 12-year-old’s that fall in love. It’s strong dialogue and sequences leave you wanting for more of this story. It takes kind of a weird, but amazing turn toward the end that I just fell in love with.

PERFORMANCES
You couldn’t ask for a better cast to be around such a young couple that lead the way in this film. Jared Gilman and Kara Hayward are featured in their first major film and they are splendid. They pull of their roles tremendously and get a great supporting cast in Bruce Willis, Edward Norton, and Bill Murray. Some of the other kid actors in the movie weren’t great though which brought it down a little bit, but overall it didn’t hurt the movie.

SCORE
It was an amazing year for Alexandre Desplat in 2012 and this score was one of his best. The orchestra in the opening sequence really sets the tone for the movie and integrates with the visuals amazingly. The score in the dramatic sequences really stand out too. Accompanied by other great musical pieces, the soundtrack to this movie is an amazing listen.