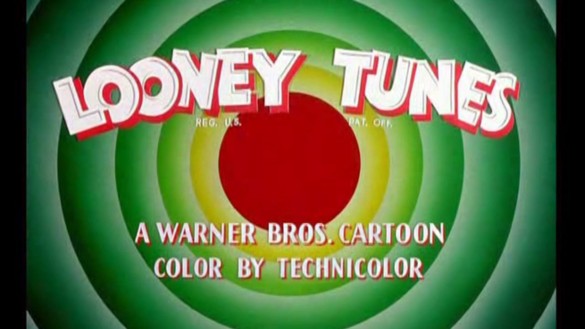 Gone With The Wind. An episode of The Golden Girls. Any standup comedy in the 70s and 80s. With the radical social climate of today, people are looking at our history towards historical figures, symbols, and pop culture to see what is inappropriate by today’s standards and whether or not they should be scrubbed. Now, I’m not going to argue about cancel culture itself (I’m fundamentally opposed to it), but instead, focus on an early instance of self-censorship upon past cartoons. While live-action movies are filled with scenarios and dialogue that would not be repeated today, United Artists jumped the gun in 1968 and cut out cartoons made by Warner Brothers. Eleven animated shorts were withdrawn from being broadcast for the sole reason of using ethnic stereotypes that were already deemed offensive by modern standards at the time.

These 11 shorts were released from 1931 to 1944. Many cartoons had the occasional joke or a scene of blackface, which has only been slightly modified from its initial release. Some would argue this is being politically correct; some would argue why not take out the whole cartoon. With these 11, the same as George Carlin’s “7 Dirty Words You Can’t Say on Television,” racial themes are central to the plot that United Artists, which bought the copyright of them, saw that no minor cuts could ever make them acceptable for children’s viewing. Even in 1986, when Ted Turner bought the rights from United Artists, he also stated he would keep the eleven films away from distribution.

The Censored Eleven are the following:

All of the black characters are based on stereotypes influenced by minstrel shows. Their accents, the dark skin, and the white gloves all came from it, and while the minstrel show was out by the 1930s, cartoons kept it going. Hittin’ the Trail, the only one on the list that is black-and-white, features three obvious caricatures playing a folk song on a showboat on a river and features a dog named Uncle Tom. Meetin’ Time is primarily set around a church to jazz music, and the gags include the dandy, mammy, and pickaninny, and the language mimics how Blacks were seen as how they talked. Uncle Tom’s Bungalow is a parody short of the famed novel by Harriet Beecher Stowe and making jokes around the issue of slavery was an instant red flag.

Bugs Bunny and Elmer Fudd were in a feature each on the list. Bugs Bunny has been in several shorts to which is very inappropriate by today’s standards. Rabbit Stew features the loveable, smart-talking rabbit is up here and on YouTube. Another short, a satire on Snow White called Coal Black, and de Sebben Dwarfs (a title which is immediately known what will happen) is arguably the most controversial and the most explicit in its racist profiling but has been defended by film historians and even African-American critics. Floyd Norman, one of the first full-time Black animators to work in a major studio, said at the time of its release that Black audiences loved it, and films of such nature shouldn’t be scrubbed out completely. Others that are considered offensive today were Other shorts not listed as part of the Censored Eleven were guilty of producing Native American stereotypes, as well as anti-Japanese cartoons during the Second World War. Down below is Tokio Jokio (that’s how it’s spelled) from Warner Brothers as an example.

At this time where many movies and TV shows are being reevaluated for past portrayals considered wrongful by today’s standards, we must understand the context of the time rather than erase them. If you watch some of these cartoons in one of the released sets, you will see a golden card in front saying what they see could be offensive to them, but won’t edit out the racist sections because doing so would effectively say racism in that time never happened. In 2005, when Looney Tunes Golden Collection: Volume 3 was released on DVD, Whoopi Goldberg, a fan of cartoons, was on-screen with the foreword on the shorts and its content. I like what Warner Brothers did and have played it as acknowledging what they produced, but not locking it away in a vault forever. The move in 1968 was an act of self-censorship, but they can be seen today with the understanding of the context, all things in the past deserve.

When it comes to the history of film movements around the world, France has been the locale for... Read More »