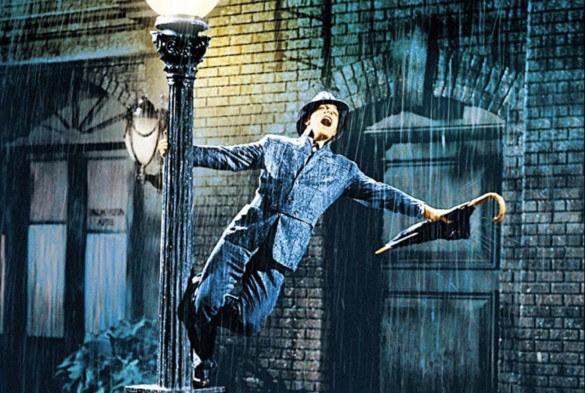 The musical genre tends to be divisive. Some people are musical theatre nerds. Others want to run for the hills when they hear the sound of Jeannette MacDonald’s voice. I fall somewhere in between and find myself taking a shine to genuinely silly, completely undisciplined examples of the art form. In the spirit of appreciating the genre, I have decided to compile a list of my favorite entries in the genre. 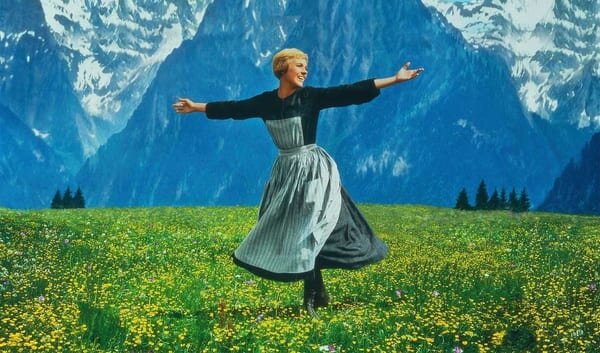 1. The Sound of Music

For some, The Sound of Music is an overlong mess that gets too caught up in saccharine family drama to really let its musical numbers shine. I think that those detractors overlook the fact that Julie Andrews and Christopher Plummer bring an uncommon level of sensitivity to their portrayal of the lovers at the center of the story. Andrews is at her most radiant and lovely, as she portrays the nanny of every child’s dreams. You simply can’t beat the opening shot of her twirling around in the mountains, without a care in the world. Every musical number is a certified banger and even those who haven’t seen the film know the lyrics to ‘Do-Re-Mi’. You get all of this on top of an extraordinarily nuanced performance from Eleanor Parker, and plenty of shots of the beautiful scenery that can be found in Salzburg. No, it’s not an Abel Ferrara movie, but not every film should have to be gritty and realistic. The Sound of Music makes up for its unbelievably idealized ending with enough heartfelt joy to keep the whole family happy.

This will certainly stand as a controversial choice, due to the fact that it is less well-known than other hit musicals of the 1960s, but I see it as an underrated gem. It’s a delightfully weird little confection that blends 1920s period detail with the ribald sexual humor of the 1960s. Julie Andrews gets to play a conniving schemer who proves to be far too daffy to get away with any Becky Sharp-esque schemes. She participates in gonzo slapstick comedy set pieces, bounces up and down on elevator floors with Mary Tyler Moore, and gets to wear some eye-popping costumes. If all of this isn’t enough to sell you on it, just consider the fact that Carol Channing turns up out of nowhere and becomes a major supporting player. 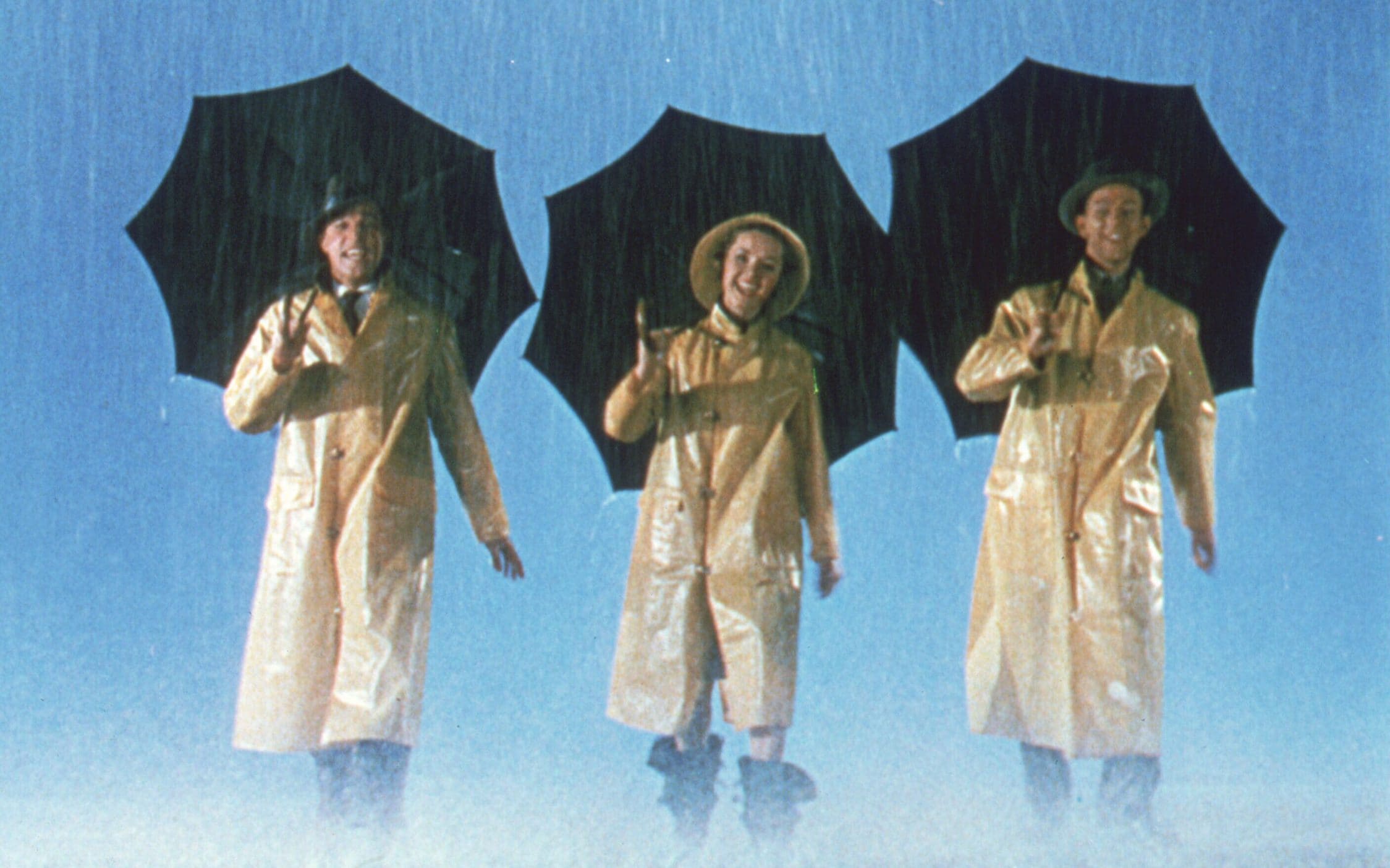 Many will consider it sacrilegious to have this classic musical placed so low on the list. I will admit that I considered placing it first because of its exalted status as the most influential film to come out of the genre. However, I ended up following my heart instead of my head and chose personal favorites over critically acclaimed classics. This is not to say that I don’t understand why Singin’ in the Rain is so beloved. When Gene Kelly performs the titular song in the rain, complete with a spinning umbrella, it is one of the purest expressions of happiness that has ever been committed to celluloid. Musical performances can cut straight to the core of our emotions, and that scene is just one example of Stanley Donen finding a way to accurately capture the way that people in love feel. It really is shocking that the musical score was thrown together when each song seems to flow perfectly into the next. You would never know that this wasn’t produced with the intention of creating a near-perfect masterpiece. The results of the difficult production are seamless.

This nostalgia-driven teen beach movie can boast some of the most memorable tunes of the 1970s. It’s loaded with tracks that left an indelible mark on children of the 1970s and most young, lovesick girls could probably relate to Sandy as she tearfully sang ‘Hopelessly Devoted to You.’ John Travolta and Olivia Newton-John are both sweet and likable, but I’d be lying if I didn’t admit that Stockard Channing walks away with every scene that she appears in. She turns the naughty man-eater into a sympathetic figure. When she gets bullied by other girls and fights back against the double standards that keep her from being treated like her male counterparts, Channing’s fiery resolve makes this conflict feel weighty and important. If you have a sense of humor, you won’t be able to hold in a cackle as she tears apart Sandy’s virginal persona and makes jokes at the expense of Troy Donahue. When it comes to the musical genre, it doesn’t get much funnier than this. 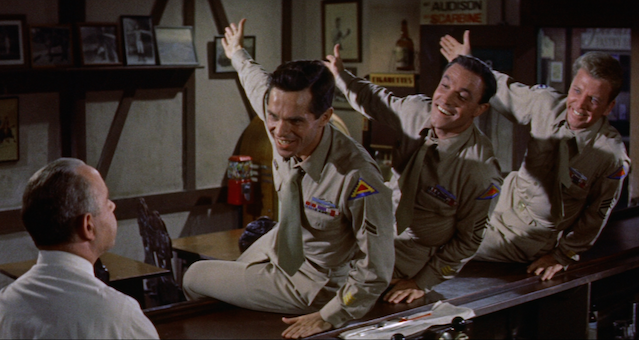 This was one of the more thematically ambitious musicals of the 1950s. It aims to tackle a variety of postwar issues by presenting its three male protagonists as disgruntled and disaffected veterans who have been abandoned by society. In between the moments in which Cyd Charisse performs a dance move that would seem to defy the laws of physics, there are scenes that seriously consider the manner in which people tried to gloss over the negative consequences of World War II. It seems ahead of its time in the way that it critiques media exploitation of lower-class individuals and war veterans. When an oleaginous television host condescendingly talks about a family man as if he were the most pitiable human being alive, it will get your blood boiling. Musicals are often criticized for serving as escapist fantasies and not asking the audience to think about issues that plague contemporary society. It’s Always Fair Weather is always thought provoking, even when it fails to fully stitch together musical numbers, romance, and social commentary. 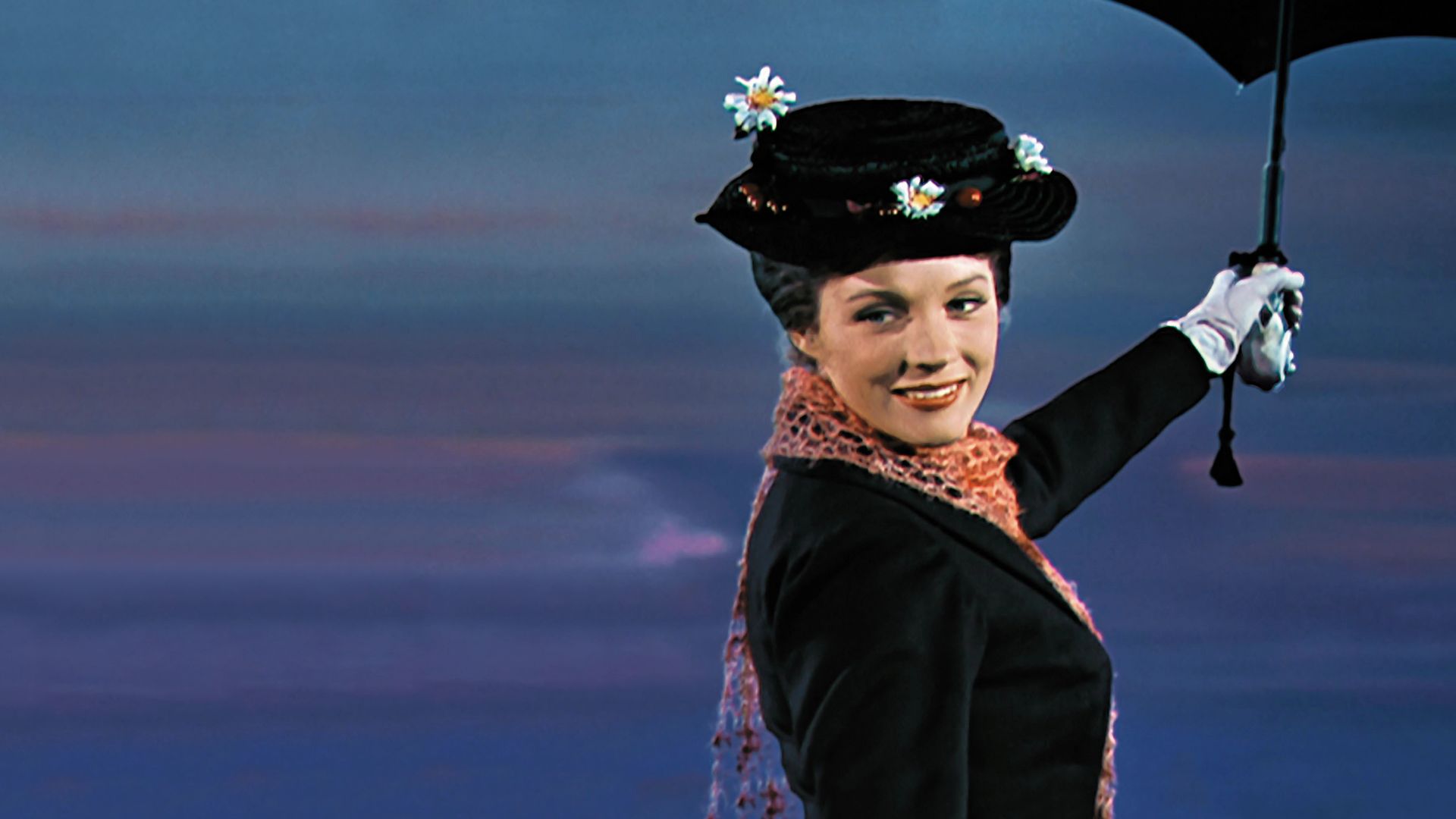 Mary Poppins gave Julie Andrews the chance to shine as yet another nanny, although she’s far more strict in this one. Her note-perfect delivery of songs as varied as “Spoonful of Sugar” “Supercalifragilisticexpialidocious” allow this musical to remain a cut above the other hit musicals of the 1960s. Some have accused it of being too sweet, but its message about parenting still feels timely and the ending is strangely moving. When you see Mary Poppins wistfully gazing at the family as she realizes her work here is done, it’s difficult not to get a lump in your throat. It mixes over the top, fantastical humor with genuine observations about the importance of really listening to your children. 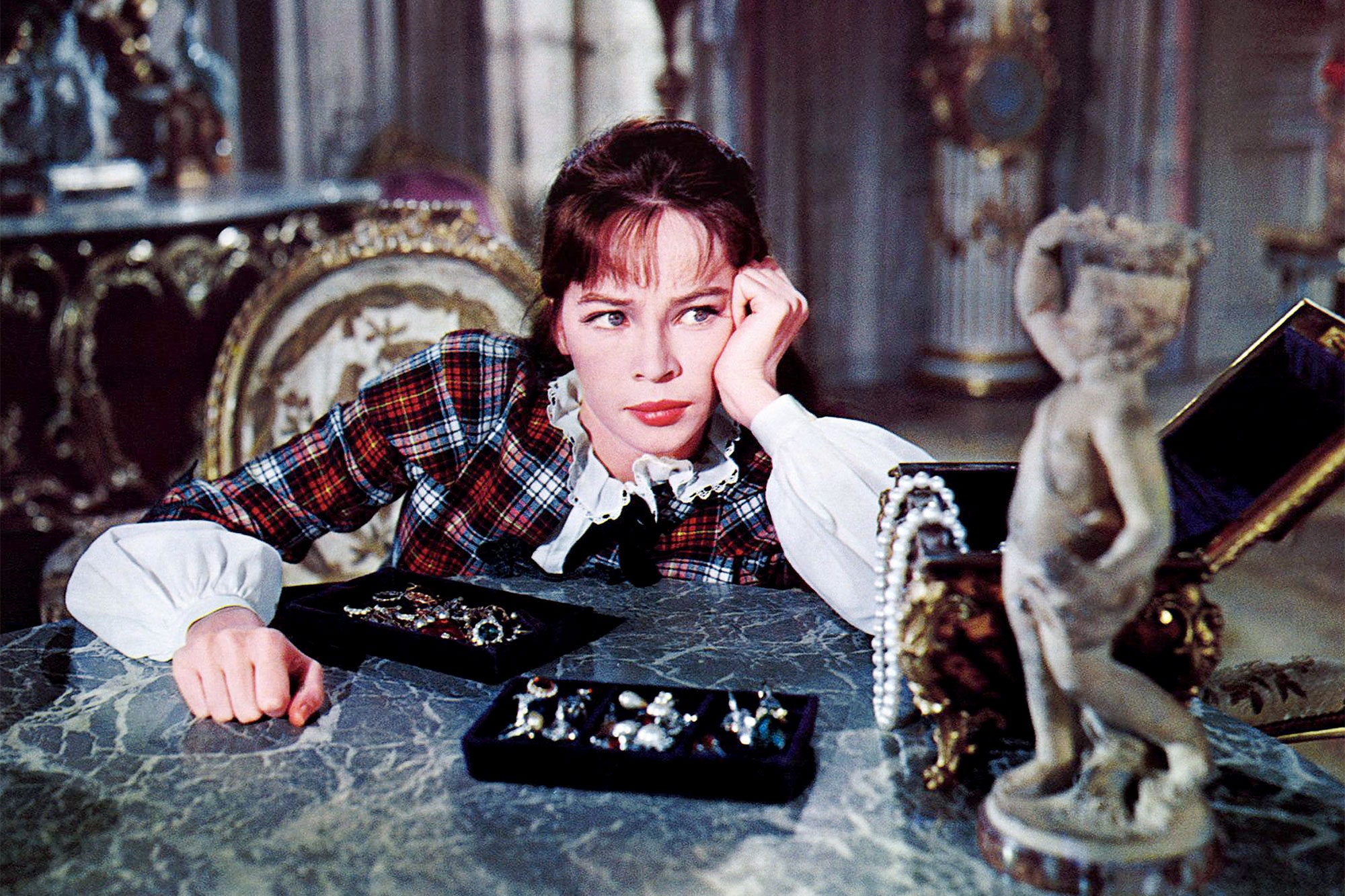 This award-winning classic features questionable gender politics, but it manages to overcome some of its more disturbing thematic implications. This is mostly because of the direction of Vincente Minnelli, who has a way of capturing visual splendor that is almost unmatched. You get to enjoy two hours of beautiful costumes, gorgeous actors, extraordinary set design, and eye-popping colors. This was a lavish MGM production that made good use of the resources on display.

Oliver! cops some flak for seeming outdated and overly artificial. I would argue that these criticisms are unfair, as the film is able to capture the spirit and energy of the characters found in the Charles Dickens classic. Carol Reed builds up a world in which it is possible for Oliver Twist to end up in the direst circumstances, before quickly dancing and singing his way out of them. His skill is in hammering home the seriousness of the abuse that poor orphans faced during the 1830s. When we see a malnourished little boy asking for more food, it is played straight. I think this was a risky move on Reed’s part and it is a credit to his good taste that the story never ends up seeming overly cloying or emotionally manipulative. It will inevitably win you over with its elegance and delicate approach to storytelling.

The undeniable hotness of Jean Simmons and Marlon Brando keeps Guys and Dolls going, even when it occasionally loses forward momentum. Joseph L. Mankiewicz directs dialogue-based scenes as though they are essential, rather than just linking different musical numbers together. The dialogue is crackling and Simmons is able to turn up the heat when she flirtatiously spars with an unusually loose Brando. You’ll root for the two of them to just make out already, and when Simmons finally gives in to her desires, you’ll be crying your eyes out. It’s a real crowdpleaser, made by people that you wouldn’t typically associate with the genre. Because of that, it succeeds in areas where most musicals fail. 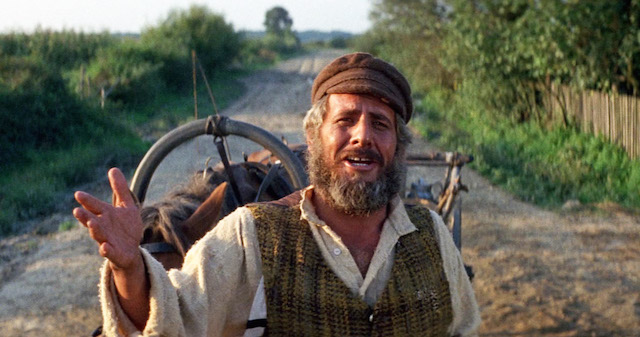 The plot is terrible, some of the supporting characters are frustratingly bland and Norman Jewison doesn’t come through with the most exciting visual compositions. All of these criticisms fall away in the face of the catchy tunes and Topol’s bravura turn as the crafty, immoral Tevye. It drags a little bit, but you’ll be happy whenever the characters start to sing. There’s a reason why “Tradition” has become such an iconic theme song. I challenge you not to hum the tune to “If I Were a Rich Man” under your breath as you read this.