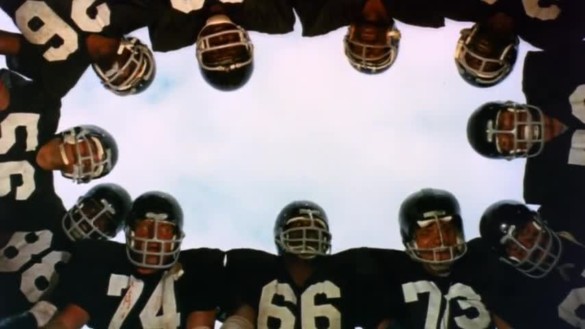 So, we saw Space Jam: A New Legacy. Okay, we can now all laugh at how ridiculous it was. It’s supposed to be because it’s for kids, not the adults who remembered the original Space Jam with Michael Jordan. Plus, it is a twenty-five-year difference of generation of players that the kids (I’m 31) consider the greatest over those I consider the best. There are other sports-related movies with major stars coming in as themselves or a character that is more real. And it isn’t just basketball and it’s not in recent years either.

Legitimately good movies authenticated by the athletes themselves in their own workspace. Basketball star Ray Allen played Jesus Shuttlesworth in Spike Lee’s He Got Game, professional pool player Willie Mosconi cameoed in The Hustler (his hands are in close-up of doing the trick shots), and legendary soccer stars Bobby Moore, Pele, and Osvaldo Ardiles, plus players from the English football club Ipswich Town in John Huston’s WWII soccer drama, Escape To Victory. They don’t have to do much but act out what they had always done in real life and just put with the actors who have no idea how to play the sport. Here’s a few examples:

The biopic of Yankees superstar Lou Gehrig, who died of ALS at age 37, came out one year after the first baseman’s death. Gary Cooper was nominated for an Oscar for his portrayal of “the Iron Horse,” even though he had no interest in baseball. The film featured several of his teammates playing themselves including Bill Dickey, Robert Meusel, Mark Koenig, and Babe Ruth, who had to lose weight to get to what he looked like when he was still playing. Even with some artistic license, the Yankees and Gehrig’s widow supported the production and received critical and commercial acclaim, including 11 Oscar nominations.

Race car drivers are athletes. I’m saying this because some still refuse to believe that. Now that it’s said, with the amount of travel they have to do to prepare for every race, you wouldn’t think they have time to let a movie camera be on the track and show themselves in front of a camera without the racing helmet. But John Frankenheimer’s epic about four Formula One drivers during one season of it saw a whole slate of racing legends then still alive in cameos on and off track. Champions Graham Hill, Jim Clark, and Jack Brabham, plus drivers Dan Gurney, Bruce McLaren, and Jo Siffert all took part in the film and let movie cameras chase them during the practice sessions in Monaco, Belgium, and Italy. Carroll Shelby, who was portrayed by Matt Damon in Ford v Ferrari, helped the production get in contact with teams and drivers, who were skeptical of their purpose, but were won over and helped out.

Burt Reynolds plays disgraced football star Paul “Wrecking” Crewe who was caught point-shaving and is sent to prison for stealing his ex-girlfriend’s car. The football-loving inmates don’t respect him, yet he is recruited into a game between the inmates and the guards at the request of the warden and lead prison guard. This comedy (better than the Adam Sandler version) featured former football players Mike Henry, Joseph Kapp, Pervis Atkins, and Ray Nitschke, who would go on to be inducted into the Football Hall of Fame. The film was a major success and would win the Golden Globe for Best Picture – Musical or Comedy.

Ron Shelton, who wrote and directed the sports films Bull Durham and White Men Can’t Jump, wrote this story about a college basketball coach (played by Nick Nolte) who is under pressure in recruiting some of the best players for his program. Directed by William Friedkin, it co-starred Shaquille O’Neal, who had just started his career in the NBA, Penny Hardaway, who would be teammates with O’Neal in Orlando, and two Hall-of-Famers, Bob Cousy and Larry Bird (both played at separate times for the Boston Celtics). Several other major figures made cameos too including coaches Bob Knight and Jim Boeheim, Dick Vitale of ESPN, and high school phenom Kevin Garnett, who would later play himself in Uncut Gems.

Okay, so this example is of a bad movie, one that is unfunny in jokes but hillarious in plot, especially with the real-life context of the New York Knicks. Whoopi Goldberg plays the titular character, a rabid Knicks fan who suddenly becomes head coach of the team and gets a fan’s dream of running the squad in their own terms. For context, in the film, the Knicks are a terrible team with a lot of off-court drama and run by an eccentric owner (played by Frank Langella) who considers moving the Knicks to St. Louis. In reality then, they had just went to the NBA Finals and were still among the best teams in the Eastern Conference not named the Chicago Bulls. Also, even if the team was bad, which they very much were for the last decade until recently, there’s NO WAY IN HELL they’d move anywhere, espeically St. Louis, which had its chance and failed in supporting an NBA franchise.

Plus, why a fictional character when Spike Lee is right there??? Spike Lee, #1 Knicks fan, always sits courtside while Eddie  watches from the nosebleeds. Lee has and remains really active in sports fandom backing a singular team, even getting into it with other players; ask Reggie Miller of the Indiana Pacers. As for the cameos, who wasn’t in it? Dennis Rodman, Rick Fox, Gary  Payton, John Starks, Vlade Divac, Knicks legend Walt Frazier, and legendary fans (before outting themselves as human garbage) Donald Trump, Rudy Guiliani, Ed Koch, and David Letterman all were seen in it. This was the same year that Space Jam came out in which a few players were seen in both movies.