Op-ed: Films About Going On Vacation By Mistake 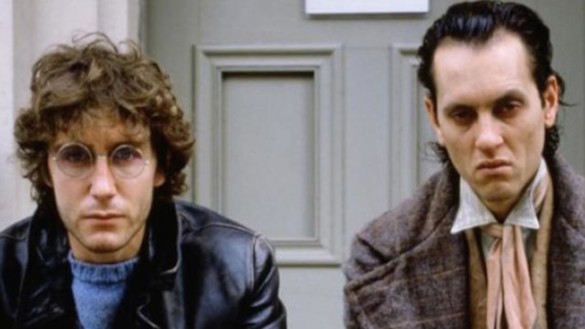 How was your summer? Go on any trip despite COVID? If you survived it, congratulations on defying the pandemic that still rages. Not that I’m here to judge anyone, but this thing hasn’t gone away. Yet, even when there’s a perfect time to get out of the house, the travel is disastrous. Weather, accommodations, money, or death always turns a planned trip on its head and the headaches are obvious. At least, in fiction, these vacations going wrong will make you feel less bad about yourself and more self-aware that things can actually be worse.

Michelangelo Antonioni made himself and actress Monica Vitti international stars after winning the Jury Prize at Cannes while filmgoers hated the film for its unusual pace and storyline that seems to go on forever. Going on a boating trip, a woman meets up with her friend and lover, plus two other couples, and suddenly her friend goes missing. As the search begins for the disappeared woman, the tension between her lover and Vitti’s character becomes highly noticeable as they find themselves no longer interested in their missing friend. It’s quite the trip when an existential crisis strikes and the more important thing soon fades away from memory.

So, it’s not a vacation, but the point is still the same. One afternoon by the national terrain known locally as Ngannelong, a group of girls from a boarding school goes missing. Where they go and what happened is something left unsaid and blown into the wind. In a key picture of the Australian New Wave, Peter Weir puts on a connected tale of memory, loss, and innocence lost from Joan Lindsey’s novel which feels a lot more like an Antonioni story (see the film above) with its casual pace and conclusion that does not provide closure, but does such tragedies in real life ever?

Albert Brooks co-wrote, directed, and starred as a bored advertising agent who wants to sell what he owns and have their own trip across the country like Easy Rider, but in a Winnebago with his wife (Julie Hagerty). Free from being conformed to yuppie life, the couple leave Los Angeles and end up going broke and working at dead-end jobs in places completely below what they lived before and have quickly come to regret it. It’s a “$100,00 box” which doesn’t do anything but trap them, the opposite of freeing them even as they drive eastward to New York, a scalping by Brooks on the American Dream.

Two unemployed actors decide to go away from downtrodden London to a cottage to rethink their lives. Richard E. Grant and Paul McGann are total loonies who find out what they thought was a good getaway is actually a literal representation of their lives, no power, totally cold, and unwelcoming neighbors who do not care for these two outsiders. Bruce Robertson’s cult film found respect through an audience who understood and loved these opposite characters that fit the mood of 80s Britain even though the film is set in the late 60s. This was, more importantly, Grant’s massive breakthrough and started his career building a positive reputation that cultivated in an Oscar nomination for Can You Ever Forgive Me?

Literally, “The Swamp,” Lucrecia Martel’s debut picture followed a mid-upper class family who spends the summers away from the city and on their country home which is falling apart. The family is dysfunctional, starting with the matriarch who gets injured in an accident and has her friend come over with her family to visit. However, everyone goes off to do their own thing with no control amongst the parents, making a home already uncomfortable now claustrophobic. The vacation is no longer welcoming, even though it is meant to get away from everyone, and it all feels distressing to be around people that give you no pleasure in living.