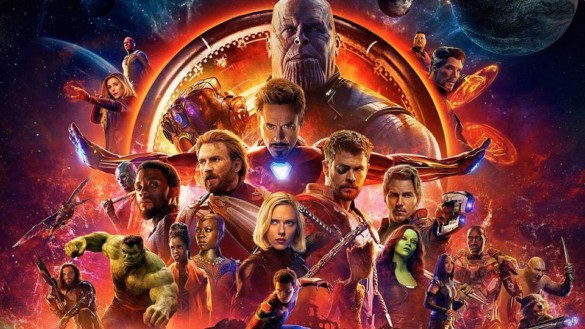 Steve Rogers (Chris Evans) laments the loss and devastation at the end of the Battle of Wakanda, minutes after Thanos (Josh Brolin) snaps his fingers and obliterates half the universe. The silence of death fills the forest, where people turned to dust at random. Sentences are left unfinished. A whisper of a wind highlights the emptiness following Thanos’ snap. Confusion turns to fear, which turns to grief. The Avengers, both on Earth and across the galaxy, are faced with something they haven’t faced before: total, utter, and complete failure. They had setbacks before, of course. But they were not prepared for the scale of this disaster.

When it comes to the four Avengers movies, everyone has their favorites. Some people love the “get the gang together” energy of the 2012 original, or the strange messiness of 2015’s Age of Ultron. Of course, 2019’s Endgame is one of the most viscerally crowd-pleasing superhero movies ever. For me, however, the doomed Infinity War ranks as the best one. Now I have heard the criticism that the movie has no stakes because everyone knew that there’d be a sequel and the universe will continue even beyond that. And I mean, sure, that’s technically accurate. But for me, the stakes of the film go further than just the snap.

Each of the main characters are faced with not only a formidable villain but also their own fears, anxieties, insecurities, and doubts. Thanos may always be one step ahead in their race against the clock, but he brings something out in them that terrifies them. The Avengers—both the originals and the newly inducted—are backed up against the wall and scrambling. It’s uncomfortable, it’s scary, and it makes for great drama. The fatality at the center of this movie—where literally the fate of the universe hangs in the balance—gives the film a somber and heightened feel. There are jokes, of course, and there are the epic moments we have come to love, or at least expect from the franchise. But that is but a band-aid for the truth we and the Avengers want to ignore: the only way this movie ends is if Thanos gets all the infinity stones and wipes out half of everything.

The stakes in Infinity War come from our heroes facing their exact fear. For Tony Stark (Robert Downey Jr.) and Steve Rogers, it’s confronting who they are without each other. Their clash in the previous movies divided the team and they can’t rely on each other. Thor (Chris Hemsworth) has to figure out his purpose in life after what’s left of Asgard is overtaken by Thanos. Peter Quill (Chris Pratt) is faced with a superior model of himself, one who so effortlessly embodies what Star-Lord wants and craves, reacting with impulsiveness and selfishness at crucial times. Bruce Banner (Mark Ruffalo) finds himself unable to transform into the Hulk, right when the Hulk is needed most. Dr. Strange (Benedict Cumberbatch) has to deliver the Time Stone, the one thing he protects most, to someone who will absolutely misuse it. Gamora (Zoe Saldana) comes to the horrifying realization that her father considered the torture and abuse she suffered at his hands’ acts of love. King T’Challa (Chadwick Boseman) and the powerful Wakandans are uncertain if their brilliant technology is even enough this time. Vision (Paul Bettany) puts his existence on the line. Finally, Wanda (Elizabeth Olsen) has to watch her one true love die twice, once by her hand for the greater good, the other out of her control. Even if these characters find small victories, they don’t last long.

One movie that Infinity War reminds me of is 1999’s Magnolia. Paul Thomas Anderson’s epic melodrama features interconnected people in Los Angeles grappling with their worst fears coming to light. And the Magnolia comparison isn’t just thematic. The editing in Infinity War (by Jeffrey Ford and Matthew Schmidt) is near breathless, especially as the film rolls towards its climax. Much like in Magnolia, the film moves from subplot to subplot and ratchets up the tension for each one. In Infinity War, it can feel almost unbearable at times, especially with the specter of inevitable failure hanging over the film. It’s such a unique tone for these films, which usually keep things light. Maybe the Magnolia comparison is a little silly on my part. But I want to appreciate that Infinity War has a structure unlike anything in the MCU that came before. Infinity War balances all these disparate characters and locations, keeping Thanos as its black-hearted core. It achieves this by hopping around relentlessly. It’s somewhat disorienting but in a way I find exciting.

As much as I love the doom and gloom of Infinity War, it is still an enormously entertaining movie for me. Thor’s arrival in Wakanda with Rocket Raccoon (Bradley Cooper) and Groot (Vin Diesel) ranks among my favorite moments in the whole franchise. Also, the “who is Gamora?” exchange still makes me laugh three years later. The thrill of seeing superheroes from different sub-franchisees interacting with each other keeps the film nimble, as does its focus on characters outside the main Avengers. Thanos himself is a compelling villain, not only for his effect on the Avengers but also because he seems himself as the hero of the story. All of these elements combined make Infinity War my favorite of the four Avengers movies and keep it fresh for me three years later.