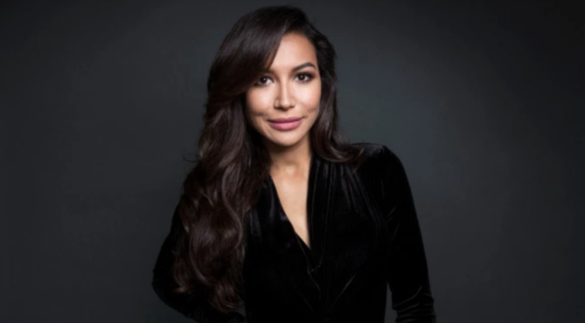 Today is July 14, 2020 – it’s been exactly six days since Naya Rivera went missing on Lake Piru in California, a story we all knew deep down was likely going to end in tragedy, yet none of us were willing to accept. The news yesterday seemed inevitable, and yet for me, the tears didn’t start flowing until it became official. Since the news broke, it’s been difficult to hold back the tears, even as I write this, but I cannot find anything else to do as I process what this loss means for someone like myself. And as I wipe tears away from my face yet again, I need to ask the world, why?

Glee premiered in May of 2009, I was 17 and in my junior year of high school, and instantly fell in love with the pilot episode. There was something about a group of outcasts who no one really liked that sparked my interest right away. In high school I never really belonged to a certain group. I played football and ran track, but I wasn’t a jock. I did drama but wasn’t a drama geek. I wasn’t popular but I wasn’t a loner. I literally had no place in high school. I was openly gay, but there was something special about Glee and its cast that spoke to me. I didn’t watch the show right away and didn’t see myself in any of the kids, not even the obviously gay character of Kurt. I just never saw myself in feminine gay characters, not at that time or even now. I wasn’t sure who I “matched” with until the character of Santana was expanded on and I saw the woman who was secretly living inside me. Specifically with in the realm of not giving a single f***, saying the truth, not being afraid to admit fault, and most clearly, not putting up with anyone’s nonesense. Santana, of course, was played by Naya Rivera, a role that is solely responsible for keeping anything on Glee interesting or worth while past the first season.

To give you a little backstory of where I was in my life at 17, I moved out on my own and had a very tumultuous relationship with my parents. I recently found my biological father who lived in Seattle, and I was going out to see him at the end of the school year. I had no worries in life except trying to still figure out who I was on the cusp of legal adulthood. I smoked Camel No. 9 Menthol, that Spring I lost my straight virginity, and snuck into bars to have fun. I was finding solace in strange men, laying my head down wherever I could call a place home for a night, and surviving in any way possible. I was finding my voice, and as a Pisces I would often daydream in where I wanted my life to be. After Glee had premiered, I found where I wanted to be, and that was as a fictional character named Santana ( Naya). Santana took absolutely no shit. She was a strong woman who wasn’t afraid to get messy, to make mistakes, and I wanted to be her so bad. I wanted to be strong like her. I wanted to know what life was like as a person who wasn’t afraid to speak their mind and do the right thing. After finding Santana, I had the strength to come clean to people about being raped, about the abuse I suffered from my parents, and I found the strength to pull myself up from the darkness that a 17 year old should never be in. She was my saving grace.

As the show progressed, the character came out as a lesbian, and became one of the first, if not the first, recurring openly gay latina characters on television. She represented us all in the most “everything but the kitchen sink” fashion. She was a woman, a woman of color, a woman of color who was homosexual, a woman of color who was homosexual and proud. Santana was all of us looking for our place in this messed up world. Even if you didn’t identify with her on a personal level, she became your favorite and was easily the most exciting thing about the show. If Naya Rivera was never cast in this role, I don’t know if Santana would have been so easily relatable. She was a very complex character who needed the best actress possible to become real, and not just a quixotic stereotypical cut out side role. There was no way Santana would have worked without Naya.

As I continue to write, and listening to Lana Del Ray, the emotions continue to pour out of me because Santana helped shape me into who I am today. I nee to know why. Why in a world, with such awful people, does this happen to the ones who deserve it the least? Despite my time spent living in West Hollywood, working in the industry, I never had the chance to meet Naya and thank her for rescuing me. And despite my many run ins with the cast of Glee, I will forever be sad that she wasn’t one of them. I won’t feel the loss of her like her parents, her son, her cast mates, etc. But as a fan it its hard, and I feel it as a witness to the inspirational work that Naya Rivera gifted to people like me. Without Naya I would have never adopted her “balls to the wall” attitude and outlook on life. I might have ended up in a permanent ditch outside a bar if this show, and that character, didn’t come into my life at the time that it did. I wouldn’t have left the bar every week to go watch the next episode as the show continued each season.

Naya Rivera came into many of our lives through her work for a short time in her short life, and I will forever be grateful for it. For the casting directors to accept her agents’ submission, to Ryan Murphy for saying yes to her, and to her for showing me that I can be strong, yet vulnerable, forgiving yet harsh, and for giving me the strength to say “I can do it”.

Naya spent only 33 trips around the sun and spent every one of them being as true to herself as you can. And in the end, through these tears and through the heartbreak, all I can say is thank you. I will miss you. Thank you for showing me, me.