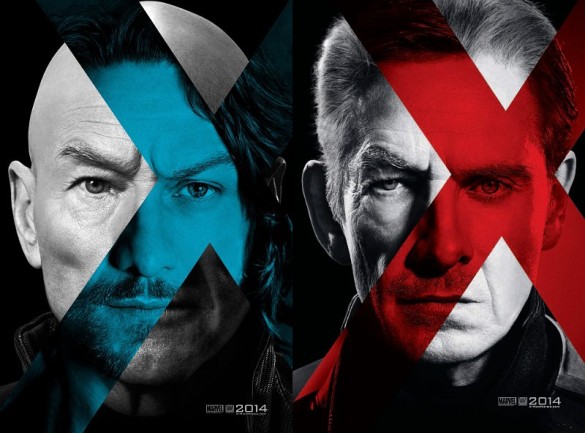 Synopsis: The X-Men send Wolverine to the past in a desperate effort to change history and prevent an event that results in doom for both humans and mutants.

DIRECTION
Bryan Singer back in the director’s chair in the X-Men universe and once again he delivers a solid film for X-Men: Days of Future Past. Singer showcases an interesting and harrowing dystopian future in the opening sequences with effective action shots that almost felt Avengers-esque. You feel the intense and urgent tone right away as the danger escalates and the story progresses. Once we transition in the storyline, Singer puts us in a pseudo-70’s era where Vietnam is ending and mutant fear is rising. Singer’s biggest win is the clarity of the story given the complexity and convolution that comes with time travel. The character blend is fantastic as well as the big action sequences in the 3rd act that make this one of the bigger X-Men films we’ve seen yet. The Quicksilver scene is easily one of his best in the franchise as well.

SCRIPT
The year is 2023 and the Sentinel program has taken off and created a dystopian future where almost all mutants have been killed as well as many human casualties. A few X-Men still survive and have been surviving thanks to the powers of Kitty Pride (Ellen Page) who’s been sending other X-Men back in time to warn them of their upcoming attacks to prevent them from ever happening. They need a new and better plan. Enter Charles Xavier (Patrick Stewart), Magneto (Ian McKellen) and Wolverine (Hugh Jackman). It’s not long before they figure out that the only way save themselves is to send Wolverine back into time to warn young Xavier and Magneto of the harrowing future and prevent the Sentinel program from ever happening. The script is actually rather simple if you just go with the flow and understand that Mystique (Jennifer Lawrence) is really the big key both the good guys and the bad guys are after. The character arcs of young Xavier and Magneto are extremely well blended and add some great dynamics. It’s also interesting to see Wolverine interact with both the old and young generations. Mystique also adds a layer of emotional depth to the movie that really seals it home, especially with Xavier in the third act of the film. The story does raise a lot of continuity questions and there are some small logic plotholes, but overall, it’s pretty effective.

PERFORMANCES
Let me start this section off by saying the “Xavier” scene three quarters of the way through the film is one of the Top 3 scenes we’ve seen all year. James McAvoy is incredible and on a whole new level from First Class. Both him and Michael Fassbender are just as good, if not better in Days of Future Past. Sir Patrick Stewart and Sir Ian McKellen are wonderful as they reprise their roles but don’t have enough screen time as we would of liked to see. Still, to see the likes of them mixed with McAvoy and Fassbender was a lot of fun. Jennifer Lawrence is, well Jennifer Lawrence. She’s amazing. Ellen Page, Halle Berry and the like almost work as prolonged cameos as their roles are very minor. Peter Dinklage isn’t on screen a lot either, but was more than effective as the powerful and persuasive Dr. Bolivar Trask.

SCORE
John Ottman gets the nod to score here, his second in the franchise after scoring X2 and creating what most people are familiar with theme-wise when they think of the X-Men films. His work here is a little more gritty and dark, given the urgent nature of the story but it blends in nicely with the action and emotional sequences. His Xavier theme, Hope, is one of the best tracks of the whole year and quintessential for that specific moment.

FINAL THOUGHTS
While more action would of been ideal, there are some great character moments here that this franchise is known for. There are some continuity questions and small flaws in logic that can make you wonder at times but it’s never too distracting. The Sentinels looked great and after much anticipation, they didn’t let down. I’m still waiting for that “Avengers New York” sequence that an X-Men film should have with all those awesome mutant powers, but there’s some great stuff here. Easily recommend this.

(ps, this trailer is one of the best of the year too!)