Movie Review: ‘Won’t You Be My Neighbor’ is a great exploration of the state of pop culture and the best in all of us 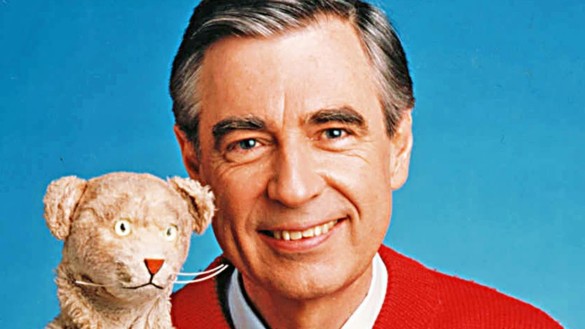 Synopsis: An exploration of the life, lessons, and legacy of iconic children’s television host, Fred Rogers.

I am not going to say that Won’t You Be My Neighbor? is “the movie we need right now”. This isn’t the only time that we could benefit from watching 90 minutes of selflessness, sincerity, caring, and love in a theater. This movie, and Fred Rogers, are worthy of adulation in any era. I do not have a tremendous fondness for Mister Rogers’ Neighborhood, having only seen it a handful of times, but there has always been an aura surrounding Fred Rogers (or, at least, the idea of Fred Rogers). In Won’t You Be My Neighbor?, director Morgan Neville deconstructs the icon “Mister Rogers” to show the man behind the myth. Turns out, Fred is more like his on-screen persona than you would readily believe. The film won’t have the staying power of many other films you will see this year, but sometimes an experience like the one Won’t You Be My Neighbor? provides is more than enough. Oh, and there is a high likelihood you will cry.

For the uninitiated, Fred Rogers was a beloved American television personality. He was mild-mannered to an extent that you rarely see on television. His unrelentingly calm demeanor and forbearance even strike some viewers as “awkward” or “creepy” (a fact that is explored in one of the documentary’s most interesting stretches). In a world where educational television has been inundated with bright colors, loud personalities, and general sensory overload, the muted, patient, calm Mister Rogers’ Neighborhood doesn’t really have a place. That fact is, perhaps, the most interesting thesis of Won’t You Be My Neighbor: postmodern sensibilities, the need for immediate satisfaction, and a general cultural cynicism have made sincerity a pop culture commodity devoid of value, even in children’s programming. It’s easy to consider this some sort of political statement in our current situation, but I believe it extends much further than that. It is a commentary on our culture, not our government (granted, it is a very short leap to get to the political interpretation).

Beyond the principles of Rogers’ programming, we also see that he was very keen on speaking to children about important, often tragic, world events. What was so remarkable about Rogers in these instances was that he never spoke down to the children. Even when tackling issues such as the Vietnam War, the assassination of Robert Kennedy, or the Cold War, Rogers gave the children the benefit of the doubt, believing that they could comprehend and interpret these concepts on a level much higher than the one most adults would give them credit for. The reason for this, the movie shows us, may be because Fred Rogers, the man, was not nearly as assured as his on-screen persona. We don’t spend a lot of time exploring Rogers’ childhood, but we do see that he has been concerned with with his own fallibility for his entire life. There seems to have been a piece of his childhood anxiety in his creative work.

This quest to never stray from his moral path led him to a seminary when he was a young man and he became an ordained minister. However, he believed his true calling was on television. Rogers found the content on TV to be mostly abhorrent (even in the 50’s and 60’s). He was always interested in childhood education and decided to create children’s programming at a public television station in Pittsburgh. Rogers was the lifeblood of the entire program. He wrote the show, hosted the show, and voiced the many puppet characters he created for the more whimsical, abstract segments of the show.

One puppet on the program, Daniel Striped Tiger, is the closest thing to a Fred Rogers surrogate on the show. Daniel was a shy, timid creature that wanted desperately to understand the world around him. The bad things that people were capable of baffled him and he was very interested in morality and friendship. You see a special side of Rogers when he controls Daniel. Through Daniel, Fred is able to verbalize all of the things that he is afraid to say away from his TV studio. Mister Rogers had questions about the world just like everybody else and was always looking for his place in it. In his later years, he became more insecure than ever, as it seemed that children’s programming, and maybe the world as a whole, had passed him by. There is one scene where he attempts to address a TV audience following the events of September 11th and, for the first time in the entire documentary, he is speechless. In that moment, he questioned whether his attempts to teach had made even a minute impact.

=Don’t let this description put you off, though. Won’t You Be My Neighbor? is, first and foremost, a celebration of Fred Rogers and his achievements. He made an incredible impact on many, Manny people’s lives. We see the man’s advocacy for civil rights, education, and child psychology. We see him embrace a crew on his show that looks much more like a biker gang than a Mister Rogers fan club (he even cracks a joke about one crew member sending him a photo of his bare butt). Fred Rogers lived up to the lessons of his show. He truly loved us the way we were. He truly wished the best for us. Forget the political climate, the world could always use more of that sentiment.

By the end of the film, many people’s popcorn will have been doused by tears and you will float to your car knowing that this there is unconditional love in this world. There is no lesson to be learned here, just a display of the best of humanity. The film has not completely stuck with me, but when I was in the theater, there is no doubt that it was a beautiful day in the neighborhood.