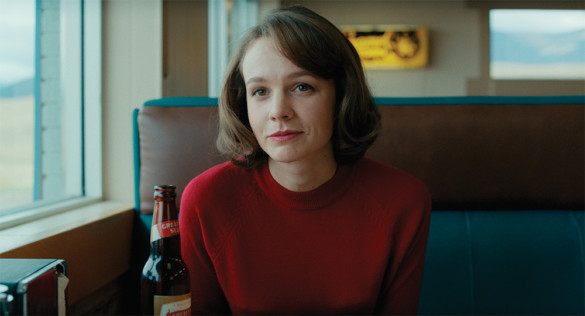 Synopsis: A teenage boy must deal with his mother’s complicated responses after his father temporarily abandons them to take a menial and dangerous job.

Paul Dano’s Wildlife is one of the most confident and efficiently told directorial debuts of the last few years. His craftsmanship is robustly perspicacious and intuitive, demonstrating just how much he learned from working with the likes of Paul Thomas Anderson, Denis Villeneuve, Steve McQueen and other notable directors in his career as an actor. He paces Wildlife deliberately, and perhaps that slow burn approach will be too serene for some, but everything as its place. Every line of dialogue, every edit, every frame, every camera movement has a specific purpose and it makes for a concise experience that never lacks in dramatic tension. At every turn, whether it be the conversations, the ambiguity of the performances, or even the film’s cinematography, every scene is essential to the story of this film and their unraveling. Wildlife may have all the bearings of a 1950’s melodrama, but thanks to Dano’s incisive control over every component, it’s anything but melodramatic.

Jerry (Jake Gyllenhall) and Jeanette (Carey Mulligan) live with their son Joe (Ed Exenbould) in Montana, after having just moved from Idaho. Jerry works at a Golf Club as an assistant. Jeanette doesn’t work at all despite being qualified for a few jobs. However, one day Jerry loses his job and it ignites a feud between the two as to what they were going to do next. Eventually Jerry finds a job working with the local firefighters to help stifle burning wildfires that pose a threat to their hometown. This does not go over well with Jeanette or Joe. Jerry feels, though, that this is something he needs to do and leaves until “winter” arrives.

Working in parallel with Dano’s direction is an understated, but powerful, script written by Dano and Zoe Kazan. It heavily leans into subtlety while also providing great detail and insight into the decisions made by these characters. In particular, there is a lot of nuance poured into Jerry and Jeanette’s actions as it relates to pride and the heavy consequences that come about when you’re unable to control it. This is especially pertinent because their marriage isn’t consumed with riches or materialism, in many ways their dignity is all that they have. Their home is modest, they don’t have a well-functioning TV, just an old-timey radio they listen to in the evenings after dinner, even their car is old-fashioned by 1960s standards (which is when this story takes place). So when their pride, especially Jerry’s, comes into question after he loses his gig at the Golf Club, he becomes distant and longs for something better, even if that takes him to dangerous places. “Why didn’t dad take his job back?” Joe asks at one point. Jeanette’s response? “Well, maybe his pride got hurt, that happens sometimes.” Dano and Kazan’s script has much to say about the uncertainty of masculine pride and its (perhaps unintended) consequences. Jeanette was an unassuming wife who did what her husband asked of her. She didn’t have a job despite being qualified, she made dinner, cleaned up while the boys listened to the radio, and supported Jerry when he lost his job. Jerry’s decision to leave forced her into a compromising circumstance, compelling her to make questionable choices in order to take care of her son. In the end, both of them do things that are arguably immoral, but Dano and Kazan do a great job of making them empathetic. There are affable reasons behind the dubiousness of their actions.

It’s in those ideas where the performances of this film shine. Jake Gyllenhaal does a great job of rendering a man whose pride is at stake. If he doesn’t do something extreme, he may lose his family, something Gyllenaal taps into that very well. Carey Mulligan is next level though. Her performance here may be the best of her career. Jeanette becomes a side effect of masculine pride and her detour into selfishness is poignant despite being questionable, something Mulligan emulates with diligent care and credence. For those same reasons, the sudden shift in mood in Jeanette is believable after Jerry leaves them. Ed Oxenbould is the concrete that stables everything though. He’s reserved through most of the film, but it’s mesmerizing how he quietly reverberates a vulnerable adolescent who simply longs for famliial togetherness. The tenderness of that final shot is evocative and very affecting, a moment that thrives on the shoulders of Oxenbould’s warm presence in the film.

That moment also works because of Dano’s direction. What’s perhaps the most striking about Wildlife is how he uses the camera to tell this story and elevate the themes underneath. For as much as he relies those captivating performances and subtle ambiguity, the visual storytelling within Diego Garcia’s cinematography beautifully compliments the work of his actors. The bus stop scene, the moment where Joe learns the truth about his mother, the stationary shot outside the Brinson’s home, the hillside view of the wildfires – all great scenes that use visual imagery to voice the concerns of our characters and develop the boiling emotions surrounding the story of this family. As far as directorial debuts go, this is up there with Bo Burnham, Trey Edward Shultz, Alex Garland, Greta Gerwig, Jordan Peele, and Robert Eggers as one of the best we’ve seen in recent years.

Wildlife may not be for everyone due to its patient approach, but if you’re willing to embrace its energy, it’s a rich experience that heartbreakingly looks at the costs of pride, the lengths parents are willing to go for financial stability and ultimately the longing for familial togetherness from the perspective of adolescence.

Hear our podcast review on Episode 299: