Movie Review (GFF): ‘Wildland’ is a Tough Watch but with Heavy Impact 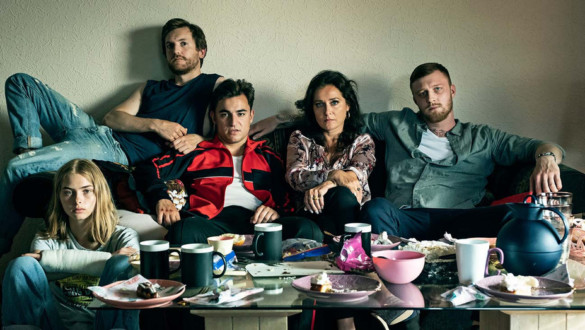 Synopsis: Ida moves in with her aunt and cousins after the tragic death of her mother in a car accident. The home is filled with love, but outside of the home, the family leads a violent and criminal life.

Gripping you from the opening moments, this story is one that is impactful. With the heavy but necessary exposition at the start, showing the tragic car accident and giving Ida this weight on her shoulder, it is easy to connect with her and feel her pain as she is forced to move in with her aunt and her cousins. The leading performance from Sandra Guldberg Kampp as Ida is heartbreaking to watch, as her performance is raw and authentic yet filled with darkness and pain.

There are several scenes within the film which are wonderfully directed by Jeanette Nordahl and that will be stuck in your head for a while. In particular, there is one incident over halfway into the film in which involves Ida’s family being caught that is so effectively done. The tension that this film builds is intense, and it might not be an enjoyable watch for everyone but the tone is effective in building up the narrative.

The cousins in the film can come across as stereotypes at times, but I still found myself engaging with them and having an emotional connection to several of them. Some of the storylines that run through the cousins is shocking, but there is commentary about the current climate and how those deemed lower in society are portrayed. I do wish the film made even more of a statement on this, but I love that these ideas are being communicated regardless.

The film is grounded and even with the violence that is shown, there are moments that seem mundane but are filmed so wonderfully. When a lot of films tackle a nightclub scene, it is usually overly glamourous and only focused on the romance of it all, but that is not the case here. The setting feels like a real nightclub, the people there actually feel like they are there and the atmosphere is not the most pleasant, but the experience is authentic.

This is certainly not going to be a film for everyone, as it is not a story that is there to entertain. It is a hard watch, and there were scenes that do feel uncomfortable to watch. It certainly is not one that I am rushing to watch or experience again. I think the story could give some breathing room from the tense narrative as it all does feel heavy to take on at once, and a little bit of humor or light relief would help the tone a little.

Clocking in at just under 90 minutes, this is a film that I actually would have liked a little longer for. If the film added another storyline that was potentially lighter, the darker moments might have made more of an impact and the film would have been easier to watch. Even with all of the positive aspects of the film and how important the main story is, it would have been more gripping if I was given some time to process the narrative, given time to connect with all of the family and particularly Ida.

As much as this is a hard watch and one that is really heavy, I would still recommend it if you are curious about it. The film does speak about the issues around violence and abusive living conditions, and I commend Nordahl for telling this story.  It will certainly not be for everyone, but I was left emotionally attached by the end of it and you might be as well.