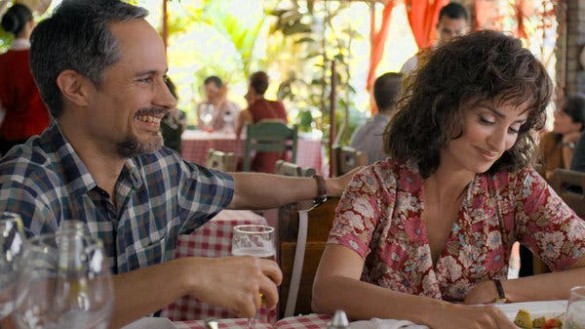 Synopsis: The story of five Cuban political prisoners who had been imprisoned by the United States since the late 1990s on charges of espionage and murder.

Movies have the amazing ability to make even the most tame stories exciting. The often-overused example is that of The Social Network. I mean, who would care enough to see a movie about Facebook. And yet, it is one of the most critically lauded films of the last decade. Unfortunately, the inverse is also true.  How many times have you watched a movie and thought “how did they manage to make that story boring?” Well, if like me, you had the misfortune to watch The Wasp Network you can add at least one more tally to that list.

When I first heard about this movie (which was when I was asked to review it, if we’re being completely honest), my hopes were actually quite high. It has an all-star Latinx cast, it is a full-on espionage thriller set in Cuba and Miami, and is directed by one of the most promising auteurs working, in Olivier Assayas (Clouds of Sils Maria; Personal Shopper). And yet, despite all of these things working in its favor, Wasp Network is mostly boring. The story, though it begins by focusing on married couple Rene Gonzalez (Edgar Ramirez) and Olga Salanueva (Penélope Cruz, outfitted with a god-awful wig to try to make her not look like the movie star type), then picks the oddest times to switch to side characters. The entire film is wildly out of balance and some of the only moments of joy occur when seeing recognizable faces, such as Ana de Armas and Gael García Bernal (in a criminally small role). de Armas is genuinely good here, but you simply cannot have a scene with a wife demanding to know her husband’s “business” dealings and not have us think of Diane Keaton and Al Pacino in the Godfather films. This doesn’t mean it can’t be done, just that it better be incredibly written, directed, and acted. And like everything else in Wasp Network, it is far from approaching greatness.

Returning of that main couple, the film’s unwillingness to actually explore Olga’s anger and eventual forgiveness (Rene defected to the United States without telling her or their daughter) is truly short-sighted. Cruz is clearly a strong enough actress to carry this level of subtlety, and yet, it seems that the film simply decides that she forgives him one day and expects all of us to shrug our shoulders and just move forward. There could be an entire two hour long film focusing on their relationship, but instead we leave their story at awkward moments to return to spy craft done incredibly poorly.

There is certainly an interesting underlying story here, but it is buried under so much tedium that it is nearly invisible (and not in a cool spy way). Assayas, as always, is at his best when manufacturing tension, and you would think a spy thriller would give ample opportunity for him to shine and it absolutely should have. The film being what it is, the only tension involves a bomb placing sequence which could easily be made into a fantastic short film (and maybe it should have as this ten minutes is easily the crowning achievement of the film). The performance from Nolan Guerra Fernandez is easily as dramatic and engrossing as the best moments from Kristen Stewart in Assayas’s previous films, which is the highest praise imaginable. As the audience, we come to understand both the how and why of his task, and we both pity him and deeply feel his anxiety and palpable fear. If the movie surrounding it could feature even a fraction of this gravity, we would all be better off.

Regardless of the lack of stakes, it is still hard to imagine that given the talent involved, Wasp Network is not better just by pure force of personality. It is absolutely not. Everyone involved looks mildly to severely bored with the whole affair, and my friends, I get it, because me too. And that is what is so enraging about a movie that should be better. Star power, political machinations, explosions, even Fidel freaking Castro; none of that makes this even mildly watchable.