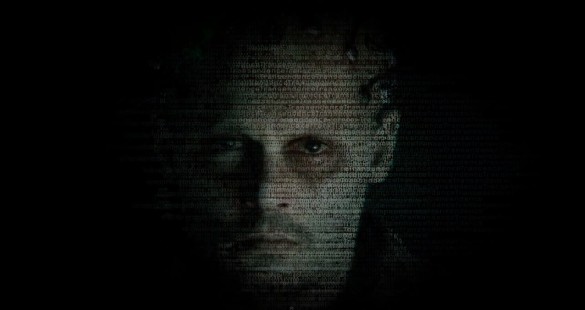 Synopsis: As Dr. Will Caster works toward his goal of creating an omniscient, sentient machine, a radical anti-technology organization fights to prevent him from establishing a world where computers can transcend the abilities of the human brain.

DIRECTION
Wally Pfister is a long-time cinematographer, whose resume is quite impressive with films like Inception and the The Dark Knight trilogy. Well he decided to take the Director’s Chair here for the first time and it’s a bittersweet opening for Mr. Pfister. Visually, the film is stunning and you can see remnants of his previous work, especially using similar camera techniques from Inception and several other films. The performances he gets from the main actors are good, as well as a descent score from Mychael Danna, which all worked for the film. Pfister’s biggest issue was his pacing and lack of a good script, which is a mess all on it’s own. If you can forgive those elements, there’s some good stuff here.

SCRIPT
Oh boy, where to start here. The first thing you have to do, if you want to enjoy this film, is throw logic completely out the window. And plot holes, forgive all of the plot holes. The film opens in what looks like a dystopian future, with no internet mind you, before we go five years back to see how it all unfolded. Will Caster (Depp) and his wife Evelyn (Hall) are on the forefront of Artificial Intelligence and have introduced new ways for AI to evolve and take humanity a step further. However, not everyone is on board, especially the anti-AI terrorist group, R.I.F.T., who is seeking an end to the technology. R.I.F.T. attacks several pro-AI facilities and as a result, Will is shot and dies sometime later. But before it can happen, Evelyn and long-time friend, Max Waters (Bettany), upload Will’s conscious to the internet using transcendence, which sets our story in motion. It’s ironic, as Will mentions in the film, that a group wanting to preserve life and humanity, must take lives in order for that to happen. From there, the story goes exactly where you’d think it would, not leaving room for many surprises, but plenty of room for in-your-face messages about the overuse of technology and how we (as a planet) are terrible at taking care of the environment. Regardless of those messages, the most intriguing element is the exploration of the lengths people will go to spend more time with loved ones, even when you know there will be major consequences and it may cross some lines. The idea that you could spend more time with your loved one in any way, is intriguing and it was easily the best part of the script.

PERFORMANCES
First of all, seeing Johnny Depp without a crazy costume or white make-up is already a win for this movie. And Depp is fantastic in a subtle performance, that seems to fit his personality really well. He’s absolutely believable as this character. Rebecca Hall is okay, but is a little washed out due to scripting issues, but she’s strong when she needed to be. Paul Bettany is in the same boat. His characterization could’ve been better, but when he’s on screen, he was very good. Morgan Freeman and Cillian Murphy are mostly wasted, but do add some nice touches when called upon. Kate Mara, whose work is getting stronger and stronger, does a good job in her small role, especially in the third act. Some of the very small supporting roles were poorly handled but overall this is the Johnny Depp show and I really liked him here.

SCORE
After winning an Oscar in 2012 for Life of Pi, Mychael Danna is back on the scene and does a descent job here of adding some intense musical pieces to the film, while keeping that mystery thriller feel throughout the film. All in all, you won’t notice it much, but Danna has the right ear for what Pfister was going for here.

FINAL THOUGHTS
Transcendence is a film of hits and misses, which is mostly disappointing, given how much I like Pfister as a cinematographer. But, for me, this is mostly on Jack Paglen’s very poor script that isn’t all that plausible, nor is it very logical when you peel back the layers. If you’re able to forgive that though, there are things to like here and the idea of humanism and how technology raises questions of how AI interacts with that, is quite interesting. Throw that in with some stunning visuals and a paintless-faced Johnny Depp, and yeah, I can buy into some of that.