Movie Review (NYFF): ‘Time’ is First-Hand Testimony about the Injustice of the American Penal System 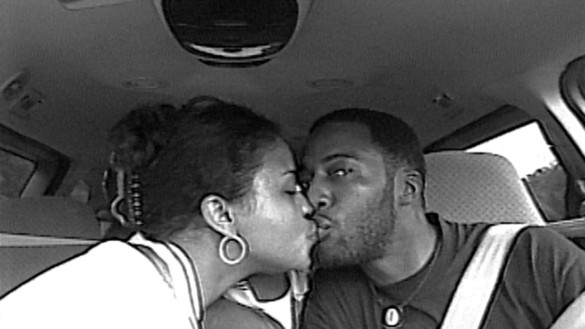 Synopsis: Fox Rich, entrepreneur, abolitionist, and mother of six boys, has spent the last two decades campaigning for the release of her husband, Rob G. Rich, who is serving a 60-year sentence for a robbery they both committed in the 90s.

Time is an eye-opening documentary that presents the story of more than two million people in the United States through the personal testimony of a Black family. Using homemade videos that take us back into the past, the story is a personal one about love, determination, and emotional atonement, while fighting against the system that is too severe and inhumane with those that can’t afford to play with its perverted rules.

This is the story of Rob and Fox Rich, a couple that 20 years ago decided to rob a bank and got caught. While Fox was released from jail soon after, Rob was sentenced to 60 years in prison without the possibility of probation, parole, or suspension of sentence.

While Rob is the one behind bars, we focus on Fox Rick, the one that has been fighting without a break for his freedom. We meet a woman that is determined to free her husband, and after 20 years in the fight, things do not seem to be too enthusiastic. However, she prevails.

The movie, through a non-linear narrative, tells the life of the family before the fortuitous decision that led them to rob a bank. Then, it meets with Fox Rick in the present as she works as a saleswoman while being a public speaker and an activist for her husband’s cause.

This project works more as a personal story of strength and determination than as an exhibition of the injustices of the system. We learn about the vices and failures of the penal system through the fight of this family. We appreciate their love through their sacrifices and incessant efforts to create some leverage in Rob’s struggle. And we distinguish the struggle they continue to endure given that statistics are not in their favor.

The movie invests a lot of time in Fox’s empowerment. We witness the evolution of a woman that was overwhelmed by the responsibility of raising six boys on her own to a mother that is a public speaker, an activist, a worker, and a faithful wife to the husband that may never be free again.

It also spends limited time on the sons of the couple who are inspired by their father’s circumstances and are determined to improve their lives and help those in need – going against the odds that were unjustly set upon them just by being children of incarcerated people. We see them becoming doctors and leaders in high school, aware of what happened, and using this as a tool of development and not of discouragement.

Fox’s activism may be her most interesting profile, especially when she explains her point of view on her crime and the way the system continues to fail her family and millions of unprivileged people in America. She sees the American penitentiary system as a remnant of the slavery system. Consequently, she considers herself an abolitionist. Her speeches in the matter are eye-opening and extremely moving, making this documentary a must-see for those interested in learning about systemic racism and the incarceration issue in the US.

Through a black and white cinematography accompanied by beautiful piano pieces, we see the personal struggle of Fox Rich and her family. The movie jumps in time, sometimes presenting Fox Rich and her children while they go through important moments of their lives without their father – birthdays, graduations, debates –that are kept in tape for Rob to see once he is freed, and sometimes in her quest for answers and possible solutions, even though she constantly deals with rejections and an indifferent bureaucracy.

Time is a deeply moving and personal story of a family that stays together through the worst period of their lives. No matter how many injustices and frustrations they deal with, they stick together, led by an abolitionist that has learned so much about the system because of her personal experience with it. This film is a sentimental and moving proof against the rotten penal system of the United States, but above all, it showcases the human strength and determination of those that live with a just cause.