Movie Review: ‘The Witcher: Nightmare of the Wolf’ is a Prequel Done Right 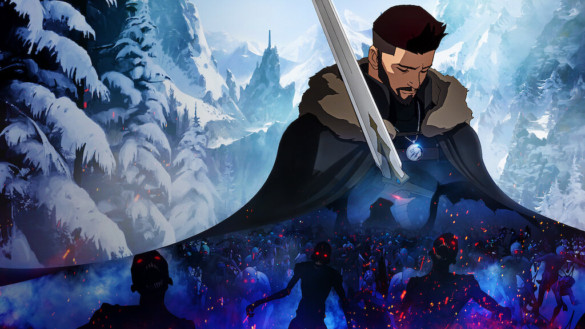 Synopsis: Escaping from poverty to become a witcher, Vesemir slays monsters for coin and glory, but when a new menace rises, he must face the demons of his past.

Nothing excites me more than seeing the world of the witcher expand across different mediums of storytelling and popularity. And it all started with the polish writer himself, Andrzej Sapkowski. The Witcher book series is something I stumbled upon soon after the video game franchise took flight. And with most fantasy books, I became infatuated with this new world. A lot goes into making a witcher, much like a lot of talent was created for the latest animated film The Witcher: Nightmare Of The Wolf.

I want to kick off this review by covering the story of this well-built prequel that focuses on Vesemir’s golden years as a witcher. If you have played the video game franchise you would know him as an uncle Iroh type character who’s Geralt Of Riva’s (The witcher on which the books and video games are based) guiding light. In his old age, Vesemir can be humble at times but isn’t afraid to show his fangs when backed into a corner. The story The Witcher: Nightmare Of The Wolf gives us quite the opposite. The Vesemir in this film is young and wants nothing more than to relish in gold and glory. And I adore every second of it. He has his fault like any man but will do anything for honor, fame, and greatness.

This film is what I called the shadow drops of prequels. As many of us know, the second season of The Witcher is dropping in December, and Netflix causally lets this gem of a film fall into our laps. Not only does this film give us insight into a different witcher, but it also gives us a glimpse of the politics surrounding the witchers and the crown. Throughout this journey, Vesimer quickly realizes the truth behind the witchers. It takes demise, treachery, and devotion for him to grasp the truth.

As much as I adored Vesemir, I want to shed some light on the rest of the performances given in this film. The Witcher: Nightmare Of The Wolf is stacked with talent including voice actors such as Jennie Kwan, who plays Young Luka in the film and is famously known for her role as Suki on the animated series Avatar: The Last Airbender. Lara Pulver also makes an appearance as the mage Tetra Gilcrest, who becomes a thorn in Versemirs side throughout the story. You might recognize Lara from her work on True Blood or the animated Netflix series Dota: Dragon’s Blood.

Aside from the many talents of this show, another aspect that caught my attention was the animation. It looked clean, crisp, and more refined compared to that of the Castlevania series. The special effects while casting spells accompanied with other supernatural abilities were visually pleasing to watch. There were some points where the animation looked a tad stiff in the trailer but it seems to have been ironed out in the final product.

The more I think about The Witcher: Nightmare Of The Wolf,  the more excited I am for season two of The Witcher. The story of Vesemir and his days at Kaer Morhen have given me some hope that future projects of this franchise are in safe hands. And the prequels about side characters can be done if executed well.