Divas: Movies about the Greatest Female Vocalists of All Time 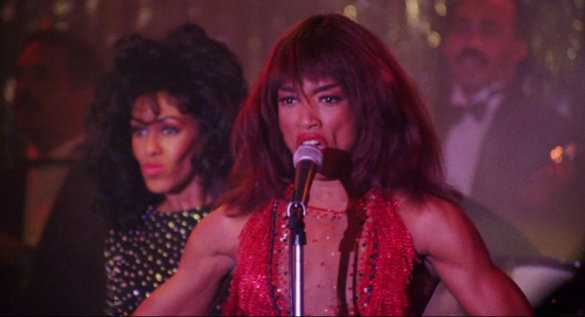 In honor of Respect, the latest of other legendary singers (Judy Garland, Nina Simone) getting their own biopic, I thought I would go down memory lane to look at other lives on screen. Some are good, some are bad, and I cannot fault those who just did it for the money. I mean, it is difficult to play any real-life person, especially one with a voice that Aretha Franklin had. While the film was a disappointment overall, Jennifer Hudson was fabulous – like Andrea Day in The United States vs. Billie Holliday. The movie sucked, but she was amazing. Here are some other diva-making performances.

With respect to that latter film mentioned, Diana Ross, herself among the greatest divas ever, could not have done better in being Billie Holliday in a full biopic about the star troubled life from childhood to death. Ross and the movie (Richard Pyror doing drama as the Piano Man impressed me) give it the emotion people found from it despite some weaknesses, but it does not come out as wooden. The film received five Oscar nominations including Best Actress for Ross and in February of this year, the movie came out finally on Blu-Ray.

Loretta Lynn has the title, “The First Lady of Country Music,” thanks to the massive success she had from the late 50s onward coming from poverty to being a late bloomer in the guitar and songwriting some of the early great songs ever put to writing in the genre. Sissy Spacek, in an Oscar-winning role, gives Lynn her voice straight out of the Kentucky hills she came from with Tommy Lee Jones building his stardom as Lynn’s hard-working husband and manager. It’s an enthralling film of a love story built in with the unlikely path Loretta Lynn came through to fame, daring to sing songs about subjects unheard of to the conservative ears of the genre that cemented Lynn’s legacy in country music.

Anna Mae Bullock’s life was very turbulent when she was found and later married Ike Turner, who then renamed her Tina. Years of domestic abuse and an amazing comeback after, her autobiography was put on notice courtesy of Angela Bassett as Tina and Laurence Fishbourne as Ike. It is an amazing tour-de-force from the two of them, but it is Bassett converting herself to playing the sizzling, kinetic presence Tina showed in real life and nailing it to the last step. It’s a great film, even though Tina complained the movie sanitized her character as someone totally weak throughout the period.

Marion Cotillard deserved her Best Actress Oscar win as France’s prima donna who lived a tragic life that she sung to people about. Olivier Dahan didn’t direct the first biopic about Piaf – there are at least three films about her produced earlier – but it is the most globally recognized film about the singer from childhood to an early death aged 47. Cotillard brought the passion, the pain, and the glory Piaf had throughout her life, representing a nation when playing around the world, even through the hardship that always surrounded her.

Queen Latifah gives one of the most undervalued jazz singers a physical presence in a time when the genre, namely Blues, was not as publicized as other music in the 1920s and 1930s. Besse Smith, “The Empress of the Blues,” started alongside the great Ma Rainey, played by Monique (who should be getting more serious roles, but the establishment) before going solo and her own rough slide of relationships. Dee Rees, following up her breakthrough film Pariah, really established her credibility here as a director who can handle mainstream films also with that sense of humanism each person deserves.