Movie Review: Paying your taxes is more enjoyable than ‘The Tax Collector’ 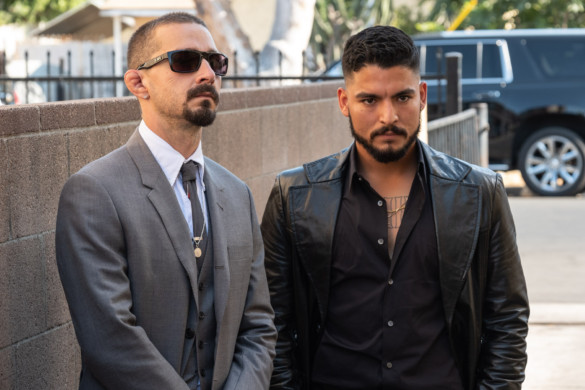 Synopsis: A “tax collector” working for a local crime lord finds his family’s safety compromised when the rival of his boss shows up in L.A. and upends the business.

David Ayer is one of those writer-directors whose career seems to be very hit or miss. He is a guy I’ve found myself either defending or rolling my eyes till the end credits started to run. Sure he’s had a few hits along the way leading up to The Tax Collector, writing scripts for The Fast and the Furious and Training Day. But he’s also had some stinkers along the way with SWAT, Sabotage, and Suicide Squad. (Maybe he really should stop creating films that start with the letter S.) Even though it wasn’t well-received, I liked Suicide Squad because it was a lot of fun and embraced what it was, a popcorn summer flick looking to entertain all who watched it. And despite Jared Leto as the Joker, I think Suicide Squad was an all-around entertaining movie, but that’s another article for another day.

The Tax Collector is the story of a man who collects “taxes” on the gangs in Los Angeles for his family, who runs the cartels from inside a prison cell. Something happens on the inside of the prison that not puts a new guy on the streets trying to take over the accounts and run the world of taxing. Still with me? When the new taxman offers the old tax man a job, and he refuses, he then kills everyone around him, including the current tax man’s wife. So the current tax man then enlists the help of the leader of the Bloods, maybe, to go on a mission to save his kids and kill the new taxman for killing his wife. But wait, it was a test, or something, from someone inside the prison the whole time, and on and on it went.

I’m not kidding when I wrote the convoluted paragraph above, it’s as one-note and confusing as that. That’s the entire movie, there’s zero subtext to this family, these characters, and this whole plot. The editing was a sloppy mess, from quick cuts to side texts, that have zero to do with the money. In the end, despite two scenes working here, this movie just felt like a student film with no real purpose or plan in life.

Let’s talk those two quick scenes, shall we? Despite the mess that this movie finds itself in really quick, you do feel really bad when the only redeeming character in this movie, Alexis (Cinthya Carmona), the wife of our main character David (Bobby Soto), is murdered. She’s genuinely sweet, and Carmona plays her as sympathetic and robust. The other scene that got a genuine reaction from me was when David is interrogating one of the “new tax collectors” goons. As the leader of the Bloods is driving a car, he opens up the door and holds his face against the pavement, causing an injury that we see in its fullest, with super impressive makeup and effects.

I wish there were more to this than what I’ve stated, but honestly, there is not. The climax to the movie happens too quickly, but then also, this whole movie moves so fast that there’s no actual time to really care about what you’re watching because you find yourself asking if you truly care for any of these people. And that’s where I want to bring David Ayer back into this because, despite his few highs, there are many more lows here.  It isn’t quite Uwe Boll territory, but I wouldn’t doubt it if that’s where he heads because I was just left feeling unsatisfied with this movie. Sure, I could’ve said the cinematography is crisp but is it? If anything, this movie makes me pretty damn sad that there are struggling writers out there trying to get their work financed and greenlit, yet here’s another chance for a guy who has proven he can’t handle storytelling. But hey “That’s Showbiz”!

Should you see it? Do whatever you want, you’re an adult, and no one is stopping you. But know you aren’t missing out on anything special if you don’t watch it.