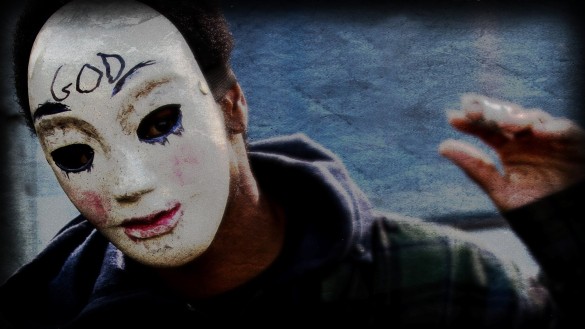 Synopsis: A young couple works to survive on the streets after their car breaks down right as the annual purge commences.

INTRO
The Purge is an interesting concept that helps with population control and reduces the crime rate. For those unfamiliar with bad films, Hollywood first introduced us to the idea of purging in 2013. The Purge is a night where all crime is legal and all hospitals, fire stations, poison control centers and police stations in the United States are closed down for 12 hours. The Purge staring Ethan Hawke was a waste of a brilliant premise. The first film was ruined with terrible human characters and very few purging events.

DIRECTION
One of the issues in James DeMonaco’s first Purge was that it was isolated to just one home. DeMonaco places the main characters out in the streets, but sadly we still do not get enough purging. Even the Government thinks the people are not doing enough so they inject a few bullets here. What absolutely annoys me with this film is how everyone talks about their right to unleash the beast but nobody really ever hulks out. The rich people purge in the comfort of their homes or at auctions, stupid. This time around we have an anti-purge group that has valid points but of course the presentation is terrible. DeMonaco did a respectable job setting up the purge as you can see how some people embraced the events while others are fearful. Up until the point where all 5 main characters join together is the film paced well and entertaining.

SCRIPT
The Purge: Anarchy, based on the initial trailers showed more promise and purging than its predecessor. Before the Purge commences we follow five people who all prepare for the purge in different ways. One couple is driving out the city and wait out the Purge at a relative’s house. A mother and daughter take refuge in their home. One guy straps up and heads into the night for one particular reason. These five people are eventually brought together and any guesses as to who will be their key to survival? The answer of course is the only character of any importance in this film—Leo Barnes (Frank Grillo). The issue with the script is the way the actual purging happens between various social classes. As I watched the film, I was wondering why in the world writer/director James DeMonaco wrote the characters the way he did. Scrolling at the credits I saw the answer; Bay. Michael Bay is a producer on this film and I am sure he bullied DeMonaco into writing a terrible script with even worse characters. Bay must have used his Transformer “success” for leverage. Cali (Zoe Scout) is the most annoying character in any film I’ve seen in recent years. Imagine that annoying neighbor that keeps you up regardless of how many times you told them to keep it down. You made the mistake of adding somebody on Facebook and now they keep messaging you, take that annoyance and double it and you have Cali. Cali of course is the sole rebel you thinks that Purging is stupid and she gets into the face of Leo several times regarding why he is purging. Cali here is a hint—never talk down to somebody who just saved your life.

PERFORMANCES
There are only two performances were mentioning and they are Frank Grillo and Keith Stanfield. Grillo was so badass that this film would have been much better if it told Brock Runlow’s story before he joined S.H.E.I.L.D. Grillo was standout here. Stanfield didn’t really say anything verbally but he had great non-verbal acting. Stanfield was one of many masked young teenagers ready for the purge. Besides these two characters, none of the other performances are worth mentioning. The characters were not exciting and had zero sense of urgency.

SCORE
Nathan Blackhead didn’t have a lot to work with in terms of the type of film this was but he was still able to come up with perfect compositions in those tension building moments.

FINAL THOUGHTS
The Purge: Anarchy is one of the worst movies I’ve seen in a long time and has replaced Transformers: Age of Extinction as my number one worst film this year. Frank Grillo I am sorry that you were the only one that cared about this film because your performance was perfect given the type of the film this was.