Movie Review: ‘The Highwaymen’ is a strong film, even if not an ultimately great one 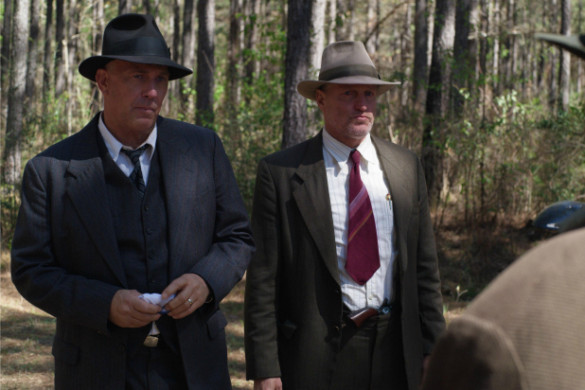 Synopsis: A pair of Texas Rangers come out of retirement to catch the infamous outlaws Bonnie and Clyde.

As I watched The Highwaymen, Netflix’s new film directed by John Lee Hancock, my mind often drifted to Colonel Nathan R. Jessup, the character played by Jack Nicholson in A Few Good Men. He’s largely known for uttering one of the most iconic lines in movie history, but that’s not necessarily what brought him to my mind here. What makes him such a great character is that Aaron Sorkin wrote him as a man who believed firmly in something most of us would not. Colonel Jessup believed that since the enemy has no problem breaking the rules, you need men on the front lines who would break the rules too – no matter who might get hurt in the process.

That notion of fighting the enemy on their terms is the beating heart of The Highwaymen. Here is a story of the men who brought down Bonnie & Clyde. There are other narratives going on at the same time, but the film’s main plot centers around the hunt for that famous criminal couple.

The men doing the hunting are Frank Hamer (Kevin Costner) and Maney Gault (Woody Harrelson). This is the true story of how these former Texas Rangers hunted down the famed Bonnie & Clyde. The historical aspect of the film is fascinating, both from an American history perspective and from that of cinematic history. Bonnie Parker and Clyde Barrow are shown here to be a historical flashpoint. The times began to change when we exalted violent criminals. Of course, the famous 1967 film Bonnie and Clyde is one of the most influential films of all-time for the ways it carried the French New Wave into American cinema, particularly in the way it handled its lead characters.

One choice I thought was a good one in The Highwaymen was that Bonnie & Clyde are mostly relegated to the margins of this film. We see their movements and some of their crimes, but it is mostly their trail and their influence that are important to this story. There are various points in the film when the masses laud Bonnie & Clyde while Hamer & Gault look on in disgust. These Texas Rangers had seen the times change before their eyes, and they are now attempting to hold on to the last vestiges of justice.

In that sense, this film pays homage to another great film – No Country for Old Men. In that film as in this one, you have law enforcement coming to terms with the new way of the world. However, where No Country had an incredible respect for its audience’s ability to piece things together themselves, this film chooses instead to underline moments of importance. It may be a minor quibble, but it holds this film back from being as good as it could have been.

The reason you can see glimmers of greatness here are surely due to the quality of the cast. Costner and Harrelson are both fine in the lead roles playing parts for which they seem tailor-made. But the supporting cast is filled out nicely by Kathy Bates, John Carroll Lynch (a personal favorite of mine), Kim Dickens, and William Sadler, among others. Given the historical importance of these characters, it would be easy to cross the line into larger-than-life caricature. But all the roles felt lived-in, and the acting talent is surely to thank for that.

This film also wants to be a buddy cop film – but this is probably where I felt the film fell short the most. It skimps on that part of the story. Without giving away any spoilers (though this story is so well-known that it may be spoiler-proof), the ending looks to leave us with a focus on the relationship between our two main characters. That relationship between the two highwaymen (though that is the title of the film) is really not that big a part of the story. It is sprinkled in at key moments, but I would have liked to see more of it. Most of the film is focused on the chase. While someone might push back on me and say that their relationship is revealed through that chase, I felt there was more that could have been unearthed. Most of this film plays like a straight crime chase film, and I think the buddy cop element could have given it more emotional resonance.

Still, I am a sucker for historical stories, and I was definitely entertained by this film. It is a thrilling tale, and the film went the added step of giving some consideration to the philosophical questions that its story might bring up. If there really are soulless violent, criminals out there, do we need those protecting us to get down on their level and break the rules in order to stop them? After watching this film, I’m pretty sure of how the main characters would answer that question. But the power of The Highwaymen is that it allows room for the viewer to draw their own conclusions too.