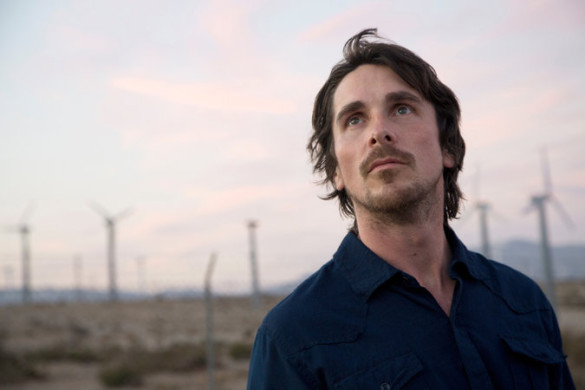 Synopsis: A writer indulging in all that Los Angeles and Las Vegas has to offer undertakes a search for love and self via a series of adventures with six different women.

Given our current cultural landscape and films like Zootopia, which take on controversial topics in robust ways, it could make one kind of feel bad for liking this film. Knight of Cups, from esteemed director Terrene Malick, is just another story about a rich, white male who doesn’t quite have it all together. Why should we care? It’s a valid question to raise and in terms of the film’s cultural importance, well, it doesn’t have a strong argument. However, Knight of Cups gets to notions that all of us can relate with, even if you’re not rich, white or male. In fact, in the end, none of that really matters.

At the heart of this film, it’s depicting a parable about a prince who went to Egypt to find himself, but rather gets lost in his longing for superficial pleasures. It’s pretty clear that in this metaphor, Christian Bale’s character of Rick is the prince and Hollywood is Egypt. Rick is a screenwriter who is lost in Hollywood debauchery with no end in sight. Parties, girls, looking for something deeper. You know, the usual suspects. Rick’s marriage has fallen apart, his family is in deep mourning and internally Rick is finding it hard to cope. He scours the streets of Los Angeles looking for answers but most of what he’s searching for has been elusive.

While Malick has tackled these themes and ideas before, Knight of Cups is structured in a simplistic moral framework that is rather easy to follow. Bale has very little dialogue and most of his screen time is spent reflecting on the chaos happening around him. Sometimes literal chaos. There’s one scene where we see an earthquake and it drops Rick to his knees, symbolically depicting Rick’s emotional state. It’s perhaps a bit on the nose but also one of the more intriguing shots of the film. Malick and cinematographer Emmanuel Lubeski are quite intentional, changing formats from GoPro to 35mm film and both are used extremely well at capturing, not only the pathos of the film, but somehow making the streets of LA feel more than just concrete and steel. This being Malick, and three-time Oscar winner Lubeski, it’s no surprise that the film’s imagery is exquisite and beautiful while impeccably rendering the film’s thematic undercurrent.

The problem with Knight of Cups, which isn’t so much that the film’s themes are redundant for Malick, but rather it’s lacking depth. Most of the female characters, who are crucial to the film narratively, are reduced to nothing more than naked bodies or voices of wisdom. Malick uses several of them as narrators which ultimately just becomes white noise since their characters are meaningless to the audience. They serve their place in Rick’s story but in the end, they aren’t integral to the film’s thematic core.

So, again, why should we care?

Well, going back to our parable and although the film doesn’t acknowledge it directly, there are parallels to the “Parable of the Lost Son” from Luke 15 in the Bible. Now, that may mean nothing to you but what’s fascinating about that story is how it features a second half to the equation that Malick seems to be interested in here. Yes, Bale is representing the trite, lost son but simultaneously there’s a father that hasn’t given up on his son. And not just Rick’s physical biological father, who is wonderfully played by Brian Dennehy, but a spiritual father is calling out to Rick. Through voice narration done by Malick himself, there’s a God-like figure that seems to be seeking Rick and wanting to heal him. And while Knight of Cups is regurgitating themes Malick has explored before, it’s execution has conviction and heart that comes across poignant and genuine.

Now, that notion through the lens of just another rich, white guy perhaps loses it’s potency for some audiences. It’s understandable and as mentioned, this is nothing profoundly new for Malick but it’s themes are still relatable on a spiritual level for anyone who’s felt lost, despite whatever box society may try to fit you into. This isn’t a “religious” film by any means but Malick does have something to say about how nature connects with us when we need guidance. In this case, Malick’s simplicity actually works in his benefit (at least for the most part) when it comes to those ideas and Lubeski’s beautiful imagery helps resonate the heart of those ideas.