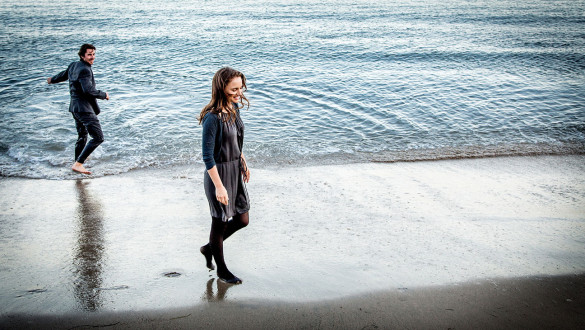 Terrence Malick is certainly a divisive filmmaker who has created riveting pieces of art but his style is conjured in a unique way that has left some audiences distant. It’s understandable. Malick’s approach is unconventional and he explores his ideas almost entirely through symbolism and narration. The Tree of Life features sequences of dinosaurs and the big bang for crying out loud. So yeah, it’s reasonable that his films aren’t for everybody. As for me, I tend to lean on the positive side of Malick. His poignancy resonates with me along with his artful craftsmanship that is always stunningly beautiful.

Malick has always been interested in what makes us tick as humans and ideas surrounding existentialism that brings a strong pathos to his films. He’s a filmmaker interested in nature and our connection to it. And for me personally, his characters and imagery make those notions visceral within the context of his style. At least for the most part. Badlands, Days of Heaven, The Thin Red Line, The New World, and The Tree of Life all accomplish this well, especially The Tree of Life, which is a masterful achievement and currently my favorite film of the decade so far. Malick’s follow-up film to The Tree of Life, To the Wonder, was a different story however. While I didn’t hate the film overall, it’s easily his worst work to date. It’s maybe the only film I’ve seen of his where the style overcame it’s substance and became overbearing for me. The characters were dull and the film’s depressing tone is unrelenting with almost zero progression.

Having seen Knight of Cups already, I can tell you that the film is more To the Wonder stylistically than, let’s say, The Tree of Life. And while I’d argue his style isn’t distinctly different from film to film, Knight of Cups and To the Wonder rely more on narration than some of his other work, along with Malick’s heavy emphasis on symbolic imagery. In other words, Knight of Cups is typical Malick but with an even less focus on the characters’ dialogue. And for that reason, there’s a lot here for cinephiles to be excited about, regardless of where it may sit in Malick catalog. I, for one, never underestimate what Malick could bring to any given year. He’s a stellar director that takes advantage of what the cinematic experience should be.

All of that said, simply, if you’re not a fan of Malick, Knight of Cups won’t change your mind. If you are a fan of Malick, and you’ve seen the trailer, it’s exactly what you think it is. Now, whether that works for you or not will depend on how overwhelming you feel his style is and how that blends with the film’s themes. We’ll be discussing it further on Episode 161 this weekend, so stay tuned for more thoughts on our end. We’d love to hear your thoughts though. Do you like Terence Malick? Are you excited for Knight of Cups?