Movie Review (SXSW): ‘United States vs. Reality Winner’ Portrays the Complicated Relationship between the U.S.A and its Whistleblowers 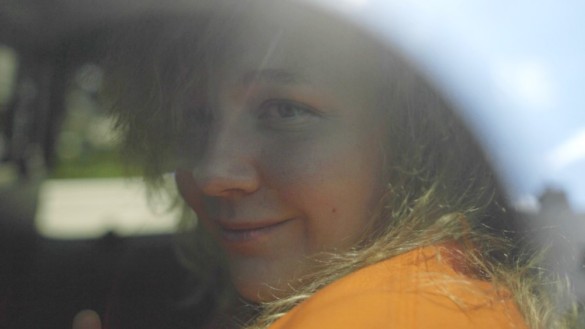 Synopsis: The story of a 25-year-old Reality Winner who disclosed a document about Russian election interference to the media and became the number one leak target of the Trump administration.

United States vs. Reality Winner presents the real story of an American whistleblower that as of today is behind bars for leaking an NSA classified document related to the Russian interference in the 2016 political elections. Reality Winner, an NSA contractor, was 25 years old when she decided to do this reckless – but in her mind, necessary – thing, resulting in the longest prison sentence for a whistleblower in the history of the United States.

The documentary by filmmaker Sonia Kennebeck offers a close look into Winner’s life before this decision, tracking her patriotic mindset, her time as a military, and her disillusionment with her country once Donald Trump was elected. It also shows the way the FBI violated her rights, set her up, and wearied her down in an unfair and advantageous trial that resulted in her current incarceration.

The exhibited information can easily be divided in two: the one related to the legal case that surrounds her leak and the context of her decision, and her personal history that led her to this irreparable action. The cameras follow her mother, stepfather, and sister as they explain some of the personal conversations and social media posts that became part of the investigation. Given that the director does not have access to Reality, her family become her representatives in the trial of public opinion.

While the presentation of Winner’s background is necessary for the audience to understand her actions and determination in the exposition of what is at one point described as “one of the most important documents ever leaked”, the documentary explores too much into her past. Her mindset, way of living and values are important. However, Kennebeck goes a little too far – and too late in the feature –, resulting in that much of the information presented feels unnecessary and sentimental.

The documentary attempts to make the audience create a bond of interest and concern for Reality by the presentation of her background and ideals. In this regard, United States vs Reality Winner is not neutral. Instead, it has the purpose of clearing up Winner’s name and help her cause. Through the exposition of the case, including the FBI’s early interrogation and intimidation techniques, the careless way in which the prosecution handled the case, or the tricky way she was portrayed in the media, it is easy to feel sympathy for Winner.

United States vs Reality Winner is more valuable when it shows the multiple procedural violations during Winner’s process and less of Winner’s past. For example, alone and unprotected, she was at the mercy of FBI agents that questioned her without reading her her rights. This detail was later disregarded by the court. It also exhibits the contradictory messages the American government promotes regarding duty and patriotism, or compliance and “the right thing to do”. While her actions were vital for the events that would unfold in the matter of the political elections of 2016, her role in history has been defined by a damning treatment by the same country she was trying to protect.

The involvement of The Intercept in Winner’s story is also interesting and infuriating. Distinguished as the news organization selected by Winner to break the story, its journalists played a pivotal, albeit stupid, role in her arrest. The reckless handling of the information provided by this whistleblower shines a light on the sacred bond between informant and journalist, as well as the need for extensive protection of the former by the latter (and that should have existed in this case).

To provide an overview of the current relation between the government and American whistleblowers, famous figures such as Thomas Drake and Edward Snowden offer personal views and their experience on the matter. While their contributions are enriching and eye-opening, it is evident that they talk more about themselves than Reality Winner, especially Snowden.

United States vs Reality Winner is a valuable piece of journalism about American whistleblowers and the complicated role they play in the United States’ political scenario. In the case of Reality Winner, she turned out to be a vital pawn in one the most high-profiled issues of America’s contemporary history. And still, while the country confronted an attack to its democratic system with Winner’s help, she continues to be perceived as a villain going against the very things she tried to protect.