Movie Review: ‘Stronger’ is inspirational, but not in the ways you would expect 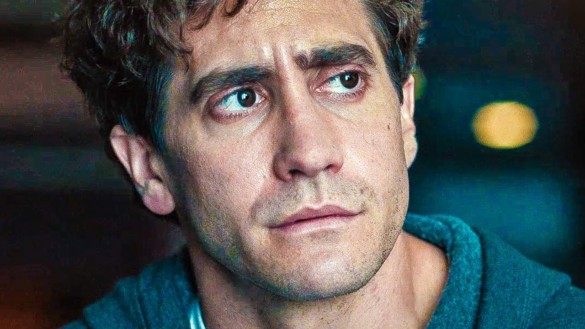 Synopsis: Stronger is the inspiring real life story of Jeff Bauman, an ordinary man who captured the hearts of his city and the world to become a symbol of hope after surviving the 2013 Boston Marathon bombing.

Inspiration. What does that mean exactly? Walking into Stronger, the latest from David Gordon Green, I did not expect the film to question the merits of its impact, but that’s exactly what Green does with this film.

Jeff Bauman (Jake Gyllenhaal) is trying to re-connect with his on-and-off again girlfriend Erin (Tatiana Maslany) when he found himself at the Boston Marathon in 2013. Of course, that day would prove to be tragic and life-changing for Jeff, after losing both of his legs in the bombing. Throughout the course of the film, we see Jeff struggling to accept that he’s some sort of a hero for his involvement with helping the police capture the bombers and surviving the ordeal. He constantly drinks, ignores the people who care about him most and he blatantly questions the pedestal he’s been placed on. All the while, Erin and Patty (Jeff’s mom played wonderfully by Miranda Richardson) are trying to keep him from going insane as he adjusts to his new life.

There are many biopics that have depicted terrible things happening to good people with hope serving as the vehicle that carry these individuals though to the end. It’s in that, the overcoming of adversity, where inspiration roots itself. Stronger has no interest in that, however. Green and screenwriter John Pollono stare at inspiration in the face – more specifically the “Boston Strong” mantra that came about as a result of this horrible tragedy – and they directly point out the potential flaws of using that rhetoric. From Jeff’s perspective, “Boston Strong” means nothing to him. He doesn’t understand what’s so inspirational about his story. “Thanks to you we’re not going to let the terrorists win,” a couple says to Jeff at one point. His response? “Are you sure about that? They’re at least on the scorecard.” To Jeff, the terrorists did kind of win and there’s a disingenuous aura to the way people react to his dilemma. They may mean well, and you sympathize with their wanting for unity, but they simultaneously only look at Jeff symbolically. There’s a conflicting reality at play between Jeff and strangers off the street that consistently collide adding to the film’s complexity.

Stronger had every right to be another schmaltzy and stirring film about a man overcoming something that is absolutely gut-wrenching. We could have forgiven the the film for doing that given the nature of this story. But credit to not only Green and Pollono, but the real Jeff Bauman, for allowing this film to argue why affable gestures are disingenuous when you don’t truly understand what people are feeling when coping with tragedy. It’s a risky move that pays off in big ways here, resulting in a product that transcends familiarity to become something refreshing for this kind of movie.

Jake Gyllenhaal is great in his evolution as Bauman. The writing of Bauman may feel thin, but Gyllenhall demands the screen every time he demonstrates his frustrations in regards to those aforementioned themes. We may not truly know Bauman by the end, but do we? I would argue that Stronger is less of a biopic, and instead it’s grappling with something much (ahem) stronger. That’s where Gyllenhaal truly shines here. All of that said, Tatiana Maslany gives one of the best supporting performances of the year. As good as Gyllenhaal is here, the film does suffer without Maslany’s presence and how she pushes back against Jeff as the film crystallizes. The two also had a great chemistry that makes you root for their relationship.

It’s also worth noting that Carlos Sanz has a major impact on the film with a limited role. He plays Carlos, a man who helped Jeff immediately after the bombing. Carlos is only in the film for two major scenes, but the interactions he has with Jeff offer new perspective that deeply move him.

It’s ironic when you look at the marketing for Stronger, which very much plays into the “inspirational” nature of this story. And for good reason, it feels good to see Jeff come out on the other side okay and doing well. It’s very human to feel that way. It’s also what makes the approach here so provocative. The film flips expectations on their head and it questions the very reason we’re rooting for that inspiration. In the end, Jeff’s revelations are certainly in a better place, but he’s far from being a saint. He’s a man learning to embrace his new identity. If you ask me, the way Stronger explores that is quite great.