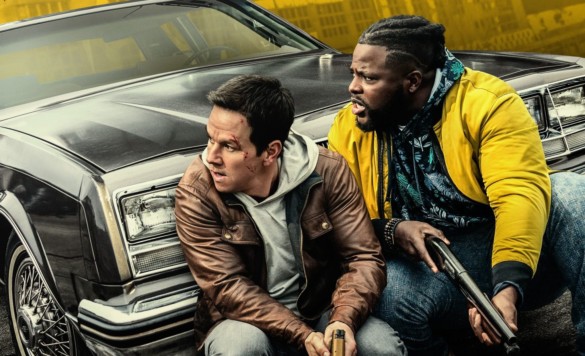 Synopsis: When two Boston police officers are murdered, ex-cop Spenser teams up with his no-nonsense roommate, Hawk, to take down criminals.

If you look at Spenser Confidential from the outside, it’s both the film you would expect it to be, and the film that it had to be. It’s director Peter Berg’s fifth film in a string of collaborations with Boston’s homeboy, Mark Wahlberg. But unlike Patriot’s Day or Deepwater Horizon, two lopsided spectacles that both worked with odd competency, the duo’s latest follows Mile 22. While Berg directed with an efficient, if not tasteless style in the past, that 2018 project should have been the first film to win Most Directed Film at the Razzies (hey, if Michael Bay couldn’t, maybe Peter could get this category rolling). Spenser Confidential follows Mile 22’s pile of dreck with a harmless experience that would be hard to recall in a few days if not for the handful of misguided choices that act as wallpaper to a dollar store police thriller.

The barebones of Spenser Confidential paint a project more average than humanly possible. The titular character of Spesner (Mark Wahlberg) is an ex-convict and ex-police officer whose recent release from jail has put him back onto the streets of Boston. If you’ve ever heard someone say “the location is a character in this movie,” it turns out they were lying, because Spenser Confidential seems like it was created as a tribute to the cliches of Boston. When moving back to Southie, Henry (Alan Arkin… yes, that Alan Arking) provides Spenser with a bedroom and a new roommate, Hawk (Winston Duke). Blah, blah, blah, the two team up to do something nonsubstaial about murderers and corrupt police officers.

As the plot unfolds, the film moves into a solid groove of mediocrity. Wahlberg does his typical mannerisms, Duke tries to create a character out of nothing, and Alan Arkin is here for a reason unknown to me. While the Boston stereotypes are laid on hard, there are a few entertaining sections, including one that introduces Hawk’s abilities in the fighting ring. These little moments make Spenser Confidential worth enjoying, but particularly as an opportunity to savor every moment that we get to spend with Mark Wahlberg. He’s such a ridiculous person, not only as an actor but as a public figure as well. Anytime you see him, he’s just a happy presence, an actor who has no idea what to make of his body language, his mannerisms, his figure as a brute force. He can’t even make the last one work, he’s just too goofy.

At this point in the review, I’d like to turn and focus on the soundtrack and chosen music for Spenser Confidential, as it is one of the funniest collections of music in film. In an opening scene, where Spenser is still in jail, he fights off a series of people in the jail’s library(including Post Malone!), which is set to “Foreplay/Long Time” by…Boston, of course. When he gets home from prison, he has sex with his girlfriend in a public bathroom, set to “Feels Like the First Time” by Foriegner, one of the cheeisiest songs of all time. She yells out “Go, Sox” at one point. When he fights a bunch of cops in a bar’s bathroom, the movie peaks at Wahlberg being humorously flung into a toilet stall set to Neil Diamond’s “Sweet Caroline.” I mean, Jesus, that’s a bad needle drop. While these ridiculous choices make this film worth seeing, it’s disappointing to see Peter Berg slink away from what seemed like a solid career as an action-craftsman/director for hire. He can apply competence, he just doesn’t seem to want to.